Bias on Campus: It's OK to Call Trump Voters 'Craven', 'Evil', 'Terrorists', but Call Biden Voters 'Anti-American' and You're Out 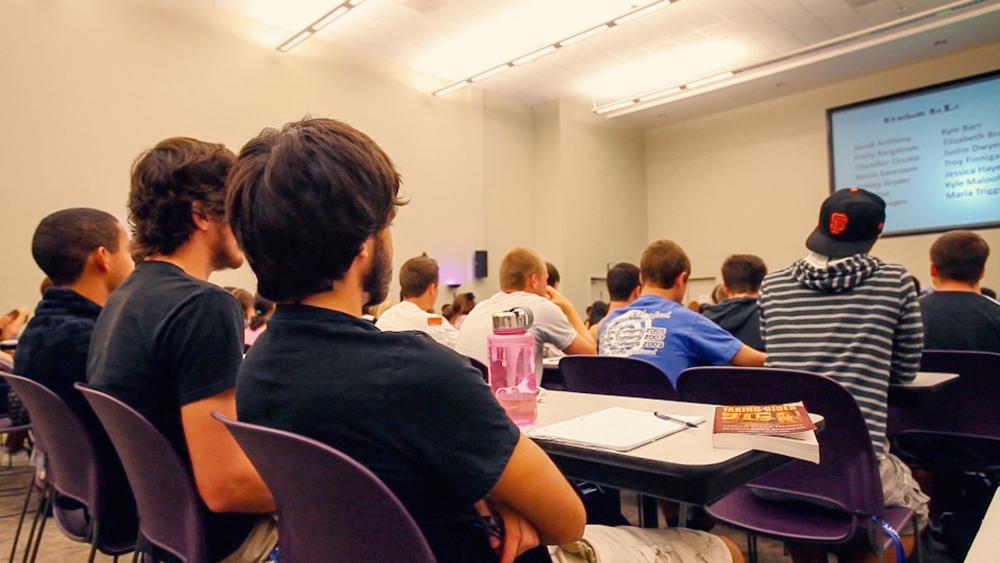 While America has been a political battleground, the division continues to spread throughout college campuses where many critics say a severe left-leaning bias is rearing its head against anyone who supports President Trump.

In fact, a Pew Research Center survey found that only half of American adults think colleges and universities are having a positive effect on our nation, citing the leftward-leaning political bias held by faculty members as a key issue.

Recently, Virginia Wesleyan University business professor Paul Ewell resigned from his position after intense backlash over comments he made about Joe Biden voters.

Campus Reform reports Ewell asked followers of his private Facebook page to unfollow him if they voted for Biden in the 2020 election.

"If you voted for Biden, please unfriend me," said Ewell. "If you were ignorant, anti-American, and anti-Christian enough to vote for Biden, I really don't want to be your social friend on social media."

Over a thousand people reached out to the university criticizing them for not firing Ewell, ultimately leading the professor to step down amid the pressure.

However, similar reports from professors who have expressed negative views of Trump voters have not received the same public outcry or professional consequences.

Both are still employed with their universities and have received little to no public pressure.

It's even gone so far that students at Harvard University are demanding that Trump administration officials be preemptively barred from being guest speakers on campus.

Earlier this year, professors Mitchell Langbert and Sean Stevens conducted a study of the political affiliation of 12,372 professors in the two leading private and two leading public colleges in 31 states. According to their research, the ratio of faculty who identify as or are registered as Democratic versus Republican highly favors the Democratic Party.

"We cannot turn a blind eye to the many cases where 'progressive' faculty have used their courses to instill their beliefs in students and downgrade those who don't conform," Langbert wrote in an online article in October. "Cases of the reverse, of colleges committed to advocating conservative and libertarian principles, are few and far between, and virtually no government money goes to the few conservative institutions."

The Washington Post reports Ohio State University Prof. Matthew Mayhew, also conducted his own study with the Interfaith Youth Core group. The group asked 3,486 college seniors from institutions across the US about their observations of faculty members' politics.

That research found 49% said that their professors expressed politically liberal views "frequently" or "all the time". A mere 9% said they heard conservative views from professors.

The data also suggests that 30 percent of students say they became more liberal in college.

"Left-wing bias pervades higher education, and since the COVID-19 lockdowns, colleges have carried left-wing bias to greater extremes than ever," Langbert said.