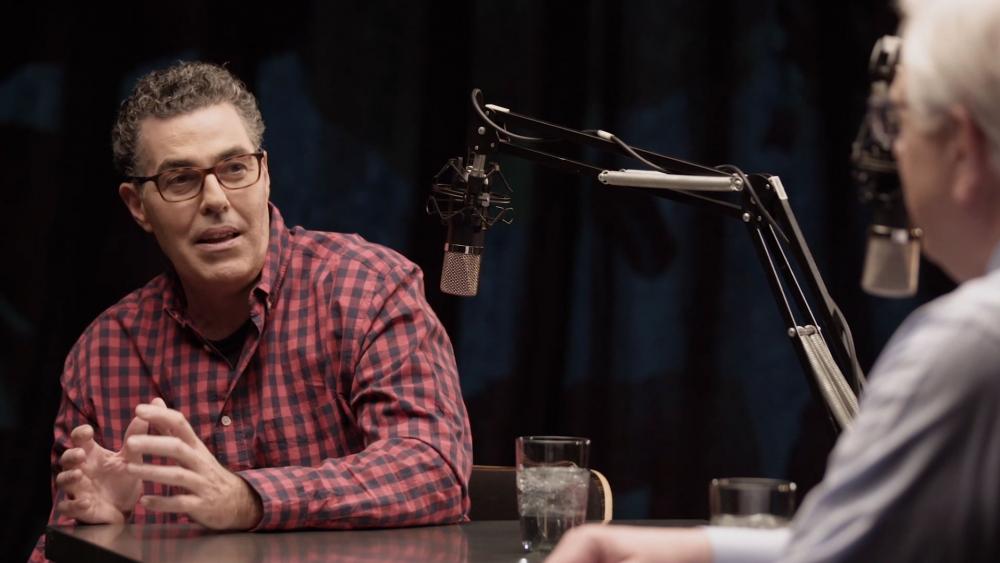 Free speech remains under attack in America. The latest weapon: Cancel Culture. The film "No Safe Spaces" exposes it. The film, produced by Dennis Prager and featuring comedian Adam Carolla, debuted in theaters last year and became 2019's top-grossing political documentary after showcasing the erosion of First Amendment rights. Now the film is available on DVD, or to stream on-demand.

In the film, Carolla – a comedian and top podcaster – shares the screen with conservative talk radio host Dennis Prager. The men explore threats to the First Amendment and freedom of thought in America, which is something Carolla says the mainstream media refuses to admit.

"It's first and foremost we wanted to make it an entertaining film' and that it is," Carolla told CBN News. "But it has a lot of perspective from both sides of the aisle and some pretty interesting stories that the news didn't exactly fully cover."

Carolla admits that while he and Prager come from different backgrounds, they share the same passion for fighting the politically correct culture's aim to squash speech they don't like.

"I like people's values and when I have a value that I share with somebody then I'm immediately attracted to them, even though in Dennis Prager's particular case, we could not be further apart on paper in terms of how we grew up and where we grew up. He was an East Coast guy and I was a West Coast guy and we just couldn't be further apart except for the part where we have the exact same values," Carolla said.

Carolla also points out how this generation has been trained to hate alternative points of view and unleashes anger on opposing views.

"Our free speech used to be if you don't like something that your congressman is doing or saying, or the principal of the school, or the police captain, then we're allowed to speak up and voice our disagreement. That was kind of what free speech was based on. That part of free speech has not only not been altered or changed –  it's been turbocharged."

He says the purpose of free speech isn't about stifling voices – including those with whom you disagree.

"The part that we didn't understand about the free speech is comedians making jokes, professors sticking to their guns, parents saying I don't want this subject brought up in school. We didn't know those people were going to be shut down. We put in {free speech} in place so we could speak truth to power not so we could get folks fired from their jobs," Carolla said.

The documentary also features incidents of backlash faced by comedians such as Tim Allen and Kevin Hart for comments seen as crossing free-speech boundaries.

In Hart's case, he stepped down from hosting the Oscars after liberal outrage erupted over old Tweets that included comments about homosexuality.

Carolla sees his job as making people laugh – even if it makes some people mad in the process.

"I have one truth. It's the truth as I know it, and that's what I'm going to say because at the end of the day I'm a comedian. Why would I get into comedy to figure out what people want to hear? That sounds like the opposite of comedy. How 'bout I say what I wanna say?" Carolla said.

He calls the film an eye-opener for all Americans.

"I think it's the kind of thing to watch with your kids as well.  You know, you got probably 11 and up – something like that. It's a good thing to know. You can agree with all of it. You can disagree with some of it or most of it. It doesn't really matter. You should still be exposed to it."

Meanwhile, Carolla says he's not afraid of speaking his mind and urges others not to be afraid to speak out for what they believe.

"Their power is your fear. They don't have any actual power," he said. "Their power is you're scared of them. Once you speak up and you stay the course they leave you alone. There's nothing they can do. They have no dominion over you. The dominion they hold over you is your own personal fear."