'God Is Great': Lost Hiker Rescued, Brought Back from the Dead in 'Miracle' Recovery 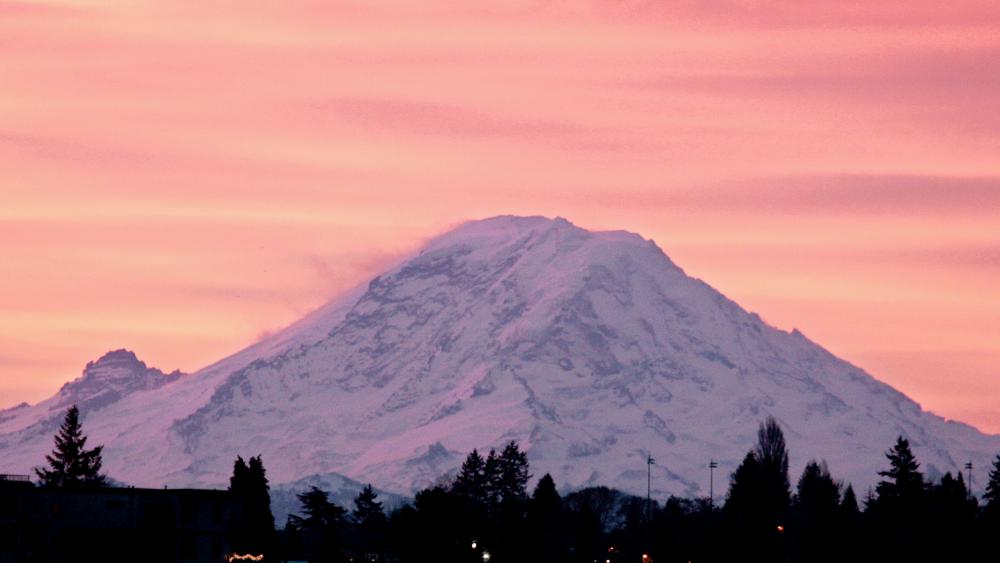 A hiker who got lost on Mount Rainier in Washington State is making headlines after a miraculous rescue and recovery brought him back from the dead.

Michael Knapinski, 45, was hiking with a friend on November 7 when the weather made a drastic change leaving him stranded in white-out, blizzard conditions.

The Seattle Times reports the pair of hikers separated, his friend planning to continue on skis to Camp Muir while Knapinski snowshoed down toward Paradise where they expected to meet up. But Knapinski never showed up.

"I'm not sure what happened. I think I fell," his friend told the news outlet.

After he reported Knapinski missing that day, three National Park Service teams searched for the lost hiker until early morning November 8 before finding him unconscious with "barely a pulse." Officials at Mount Rainier said temperatures had dropped to 16 degrees overnight.

Knapinski was taken to the hospital and eventually went into cardiac arrest.

Doctors and nurses at Harborview's surgical intensive care unit restarted his heart and worked around the clock to stabilize Knapinski. He woke up two days later.

"He came back from the dead," Dr. Saman Arbabi said. "Maybe not medically quite correct, but his heart wasn't beating for more than 45 minutes. It's amazing."

Knapinski called his recovery a miracle in a video from the hospital posted to Facebook. He says he's got "a million people to thank" and just wants to spend his life giving back.

"And as soon as I get physically able, that's going to be my calling in life," he said. "Just helping people. I'm still just shocked and amazed."

Knapinski's relative wrote in a Facebook post, "This is easily the biggest miracle I have ever witnessed in my life time! God is great! God bless all of the people who have prayed, rescued, and cared."

The nurse let us have a zoom call with Michael Knapinski he still had a breathing tube in but was responsive and...

The Seattle Times reports that even before the death-defying incident, Knapinski spent a lot of time doing volunteer work at the Salvation Army Food Bank in Seattle and building houses for foster children through Overlake Christian Church in Redmond.