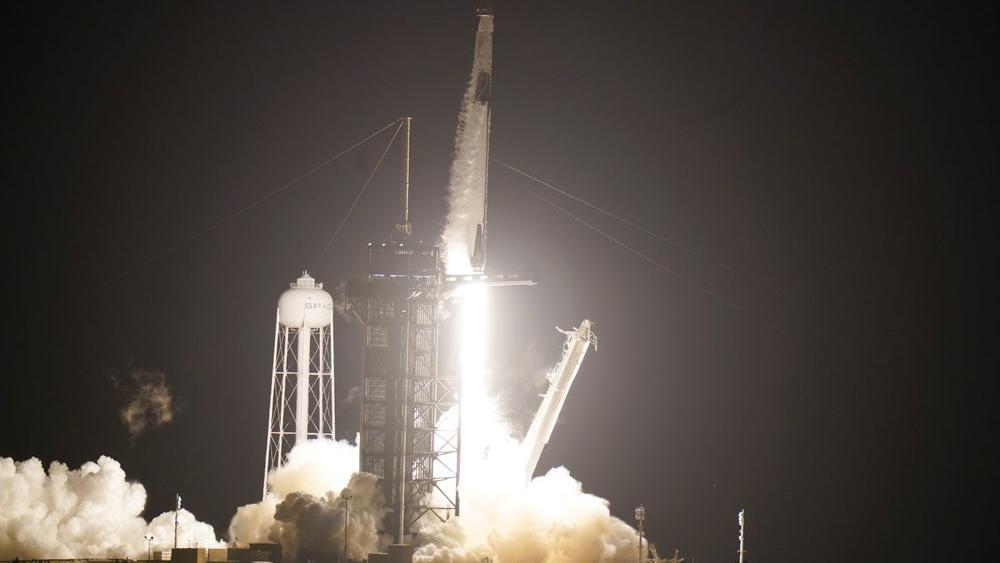 It's seen as a big triumph for private business space travel – SpaceX successfully launched four astronauts on Sunday. They are en route to the International Space Station on SpaceX's first operational space taxi flight for NASA.

The SpaceX Falcon 9 rocket blasted off the launch pad at Kennedy Space Center with three Americans and one Japanese citizen onboard – the second crew to be launched by SpaceX.

NASA @SpaceX Crew-1 astronauts successfully launched on Nov. 15 at 7:27pm ET. After they dock to the @Space_Station, the crew will conduct science and maintenance before returning to Earth in spring of 2021: https://t.co/jmjYOGWCYp pic.twitter.com/W4au3CtSoL

They reached orbit nine minutes after the launch and they're due to arrive at the space station Monday to begin a six-month science mission.

"NASA is delivering on its commitment to the American people and our international partners to provide safe, reliable, and cost-effective missions to the International Space Station using American private industry," said NASA Administrator Jim Bridenstine. "This is an important mission for NASA, SpaceX, and our partners at JAXA, and we look forward to watching this crew arrive at station to carry on our partnership for all of humanity."

This is the first international crew of four to launch on an American commercial spacecraft.

"Watching this mission launch is a special moment for NASA and our SpaceX team," said Steve Stich, manager of NASA's Commercial Crew Program. "We are looking forward to getting this crew to station to continue our important work, and I want to thank the teams for the amazing effort to make the next generation of human space transportation possible."

"It is an honor to have our Japanese astronaut launch on this Crew-1 Dragon as the first astronaut of the International Partner participating in the ISS program," said Hiroshi Sasaki, JAXA vice president. "We look forward to having him conduct lots of science and demonstrate the technology, for here on Earth and for the future. I would also like to thank NASA and SpaceX for their tremendous effort to make this happen."