'We Give Wings to Missionaries': Aviation Ministry Working to Become First Christian Airline 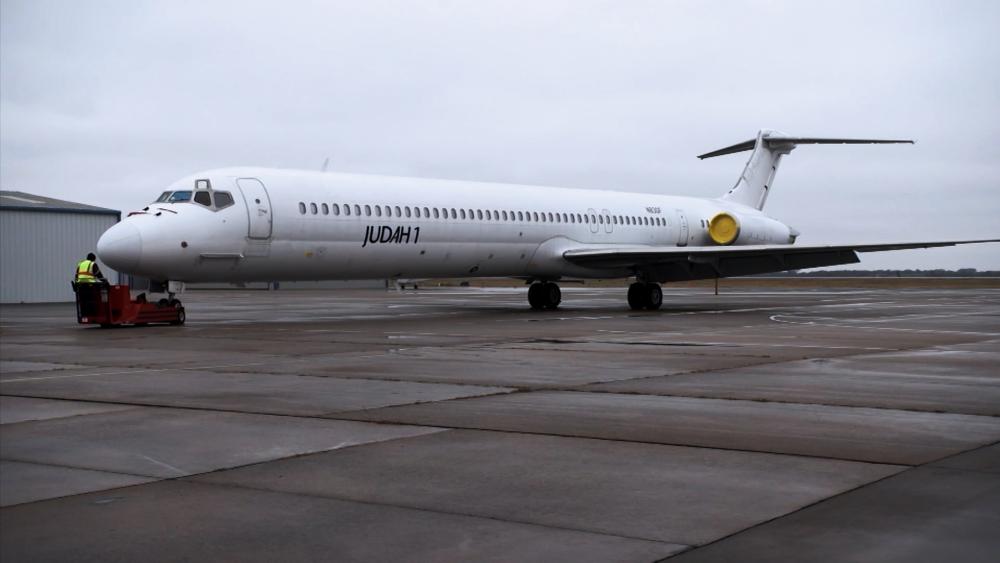 6209116916001
'We Give Wings to Missionaries': Aviation Ministry Working to Become First Christian Airline

SHREVEPORT, LA – While COVID-19 has crippled most major airlines, an aviation ministry based in Shreveport, LA. hasn't skipped a beat. Humanitarian aid groups like Samaritan's Purse and Operation Blessing are eager to use their services now more than ever.

"We give wings to missionaries. The Great Commission tells us we go to all the world and preach the gospel to every creature," said Judah 1 founder and president, Everett Aaron.

Judah 1 has a hangar full of small planes and plans for a commercial fleet able to transport missionaries and their cargo around the world.

"We're able to get out into the mission field to take smaller teams, 12 to 10 member teams...taking them into the field. But in the future, once we get our certification, the 125 certification for the large plane, then we can carry the larger teams of up to 136 with our MP83 and 17,000 pounds of cargo and, of course, we can go anywhere with those," Aaron told CBN News.

When Hurricane Dorian hit the Bahamas, Judah 1 made it possible for CBN's Operation Blessing to reach and help storm victims.

"In the case of a natural disaster like happened with Dorian, we needed to be in there quickly. Operation Blessing contacted us initially saying, 'how can you help us to get our teams in quickly?' and that's where the smaller jets really come in handy. A lot of times the major airports are not open where they can handle the larger planes coming in," Aaron explained.

They not only transported Operation Blessing staff to the hard-hit islands but also moved pallets full of supplies, including water purification systems, chlorine, disaster recovery supplies, and medical aid.

Judah 1 started operations in 1994 after founder Everett Aaron says God spoke a calling over his life.

"I see hundreds of these airplanes lined up as far as you can see. They're full of food, medical supplies, Bibles. Engines are running on them, I can see the crew in the cockpit, I can see the flight attendants inside the plane...I mean these planes are ready to go and I get super excited because I knew in my spirit, these planes are missionary aircraft and they're taking supplies into the mission field," Aaron said.

He saw missionary teams lined up outside the planes but no one would board. Aaron says he could feel a grieving of the Holy Spirit, so he asked God why no one was moving.

He hopes that 2021 will be the year Judah 1 goes from a private, non-profit organization to the world's first Christian airline.

"Becoming the world's first Christian airline is opening doors for us to be able to go anywhere in the world and do anything, but it is also opening doors for us because part of our heart is not just being an airline, is not just transporting missionaries, but by getting in that world, becoming an airline, we want to open our own flight school, we want to be able to train missionary pilots...it opens doors for us to do so many things," Aaron said.

The Judah 1 motto is: "Your hands, God's love, our wings." So when you're ready to answer the call to "Go," they're ready to take you.