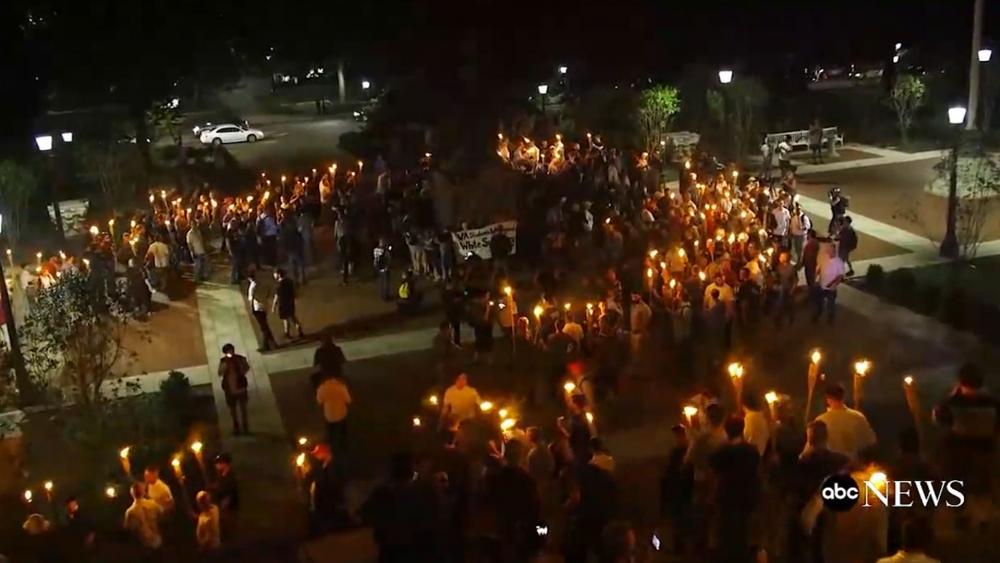 Elizabeth Neumann has worked on homeland security issues since the early 2000s, beginning with the Bush administration after 9/11, then contracting during the Obama administration and returning in 2017 as chief of staff in the Department of Homeland Security.

Her most recent post as DHS assistant secretary for counterterrorism and threat prevention began in 2018. She cites family reasons for stepping down in April 2020.

Her story and experience shed valuable light on a growing danger highlighted in the new DHS threat report released in early October.

It's the rise of violent white nationalism, which says is a bigger national security threat than ISIS, Al Qaeda, Antifa, and QAnon.

In a sit-down interview with CBN News, she warned "the most important thing that I hope your viewers understand is that there are people, probably in their communities, that believe this white nationalism viewpoint – and that viewpoint is not just one that's disgustingly racist. That viewpoint also leads to acts of violence and very well could happen in your neighborhood."

Neumann says her first tip-off that white supremacists were an emerging threat came in early 2017 when, just months into her new DHS role, she witnessed a spate of hate crimes against Jewish cemeteries. Most of the focus, she remembers, was on defeating ISIS. The hate crimes seemed like a small blip.

Then in August, the nation was stunned as the Charlottesville riots unfolded. Neumann says it was a moment that floored her and the rest of the counterterrorism community.

"You had people blatantly out in public. They weren't covering their face. They're carrying tiki torches as if they're going to a fraternity party and they're saying 'you will not replace us,'" she said.

That phrase is part of what's known as replacement theory, a fear stoked by white supremacists that whites will be replaced by other races.

Neumann said that prior to Charlottesville, the thinking was that racism was on its way out. "You would still hear an older generation use terms that aren't appropriate anymore but you just generally thought that racism was gone...and all of a sudden they're out and in a public setting, not afraid to have their faces shown and proud of these viewpoints," she said.

The end goal of these groups is perhaps the biggest threat. "At the root of their idealogy is this belief that the only way to truly preserve the white race is to overthrow the US government and establish a white nation," she said.

The latest case in point – extremists who planned to storm the Michigan capitol building and kidnap Gov. Gretchen Whitmer.

There's a reason for this, says Neumann. A hierarchical, organized movement allows law enforcement to take down the whole organization by infiltrating. With cell structures or leaderless movements, law enforcement can infiltrate one and the others remain intact.

Neumann also stresses that these groups, like the Boogaloo boys, Atomwaffen Division and Rise Above Movement, are not amateurs. She describes a sophisticated understanding of what law enforcement can and cannot do and First Amendment rights. "They walk right up to that line of incitement to violence and they're careful not to cross it," she said.

The pandemic is also contributing to the rise of extremists, aiding in their recruitment notes Neumann. That's because the virus has increased the number of people with stress and grievances who are susceptible.

"It creates vulnerability in people and creates [an] opportunity for these darker causes to recruit them into something violent," said Neumann. The idea behind recruitment is to deepen grievances, portraying them as an existential threat and violence as the answer.

Neumann has also come to the conclusion that white supremacists use President Trump's rhetoric to their advantage. It particularly hit home for her after the El Paso massacre in 2019 where a gunman killed 23 people. Investigators later found Trump's language about immigrant invasions in the shooter's manifesto.

These extremists also benefit from his refusal at times to denounce them.

"I understand the argument that he has condemned," said Neumann. "'Why are you making him condemn again?' It's because of the way that these people think. They view the dancing around the issues and the unwillingness to condemn hate when it first shows up like 'actually, I'm really with you guys' and that's what emboldens people, It increases recruitment."

Looking to election day, Neumann shares the concern of many, that extremists will target events around voting.

For those who want to promote peace, she encourages the simple act of listening to someone with a different viewpoint. That alone, she says, could begin to help our country return to the practice of civil dialogue.