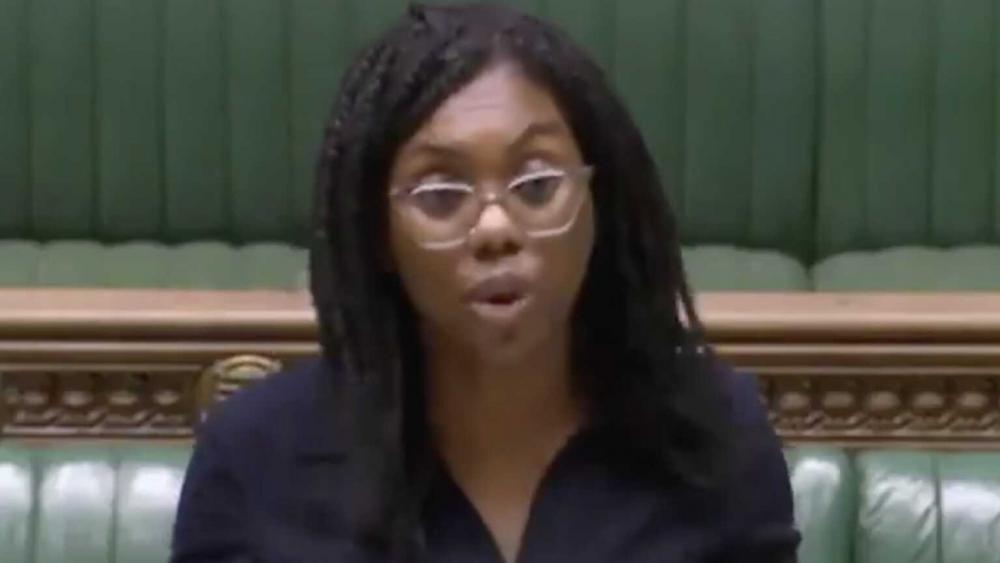 Kemi Badenoch, a Conservative Party parliamentarian in the U.K., recently delivered a strong condemnation of the “anti-capitalist” Black Lives Matter movement as well as critical race theory, both of which she argued have no place in the British educational curriculum.

“What we are against is the teaching of contested political ideas as if they are accepted fact,” she said during an impassioned speech on the floor of the House of Commons. “We don’t do this with communism, we don’t do this with socialism, we don’t do it with capitalism. And I want to speak about a dangerous trend in race relations that has come far too close to home to my life, and it’s the promotion of critical race theory.”

The Equalities Minister could not have been clearer:

Black Lives Matter and Critical Race Theory are political and do not belong in schools.

Teaching ideas such as 'white privilege' as a factual reality is breaking the law! pic.twitter.com/6VoIDVJxLi

She went on to explain that the government must “stand unequivocally against critical race theory,” a far-left doctrine she described as “an ideology that sees my blackness as victimhood and their whiteness as oppression.”

In mid-September, President Donald Trump stepped in to prevent the U.S. Centers for Disease Control and Prevention and other federal agencies from teaching staffers about critical race theory.

While Badenoch said that “of course” black lives matter, she made it abundantly clear the official U.S.-based movement is inherently political.

” I know this,” the politician said, “because at the height of the protests, I have been told of white Black Lives Matter protesters calling — and I’m afraid … I apologize for saying this word — calling a black armed police officer guarding downing street a ‘pet n*****.'”

“That is why we do not endorse that movement on this side of the House,” she continued. “It is a political movement, and what would be nice, would be for members on the opposite side to condemn many of the actions that we see from this political movement, instead of pretending that it is completely wholesome anti-racist organization, that there is a lot of pernicious stuff that is being pushed and we stand against that.”

Badenoch said she does not want to learn of schools in the U.K. teaching white children they should feel any sort of guilt for their so-called “privilege” or “inherited” racism because of the color of their skin.

The conservative lawmaker reportedly launched into the speech against Black Lives Matter and critical race theory after hearing what her daughter said about her school, where her lessons have centered on Black History Month.

“[W]hy does this issue mean so much to me?” she said. “It is not just because I’m a first-generation immigrant, it is because my daughter came home from school this month and said, ‘We’re learning Black History Month because every other month is about white history.’ This is wrong and this is not what our children should be picking up. These are not the values I have taught her.”

Any U.K. school that “teaches these elements of political race theory as fact, or which promotes partisan political views such as defunding the police without offering a balanced treatment of opposing views, is breaking the law,” Badenoch concluded.