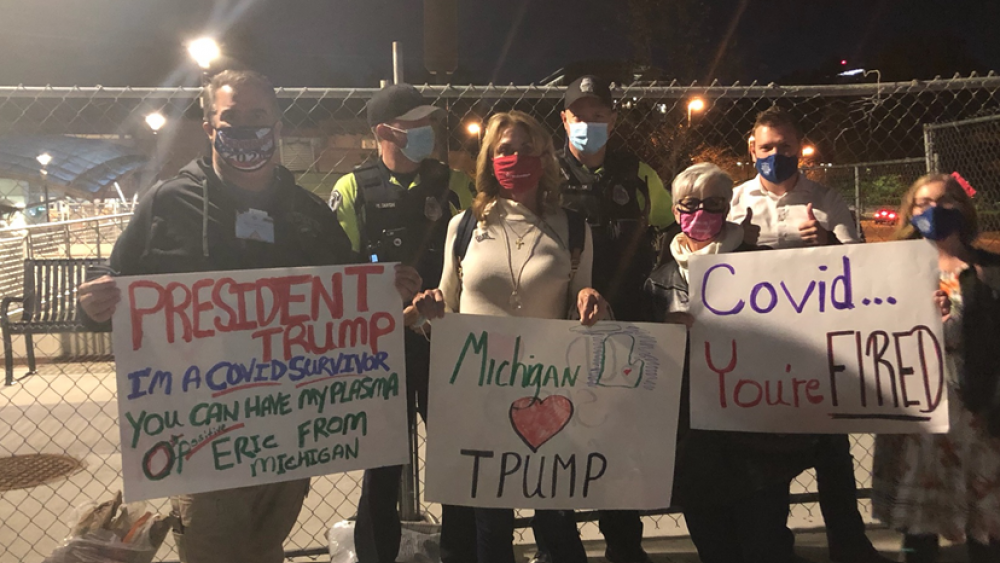 FreedomWorks activists from around the country gathered to lift up our nation's leader who tested positive for COVID-19 this week.

President Trump arrived at the hospital on Friday and is reportedly "doing very well" as doctors continue to closely monitor his health condition.

Activists, who were originally in Washington DC for a training event, organized the event to show their support for the president in hopes of a quick recovery.

FreedomWorks was expecting 80-100 participants at the rally which took place outside gate 2 on Wisconsin Avenue at 7:15 p.m. EST.

Peter Vicenzi, FreedomWorks Director of Communications told CBN News that the group was overjoyed at the opportunity to show President Trump that they are on his side.

"It means a lot to us. We need to really be there for the president. He's made a difference in a lot of the activists' lives. We want to make sure he knows that we're there for him."