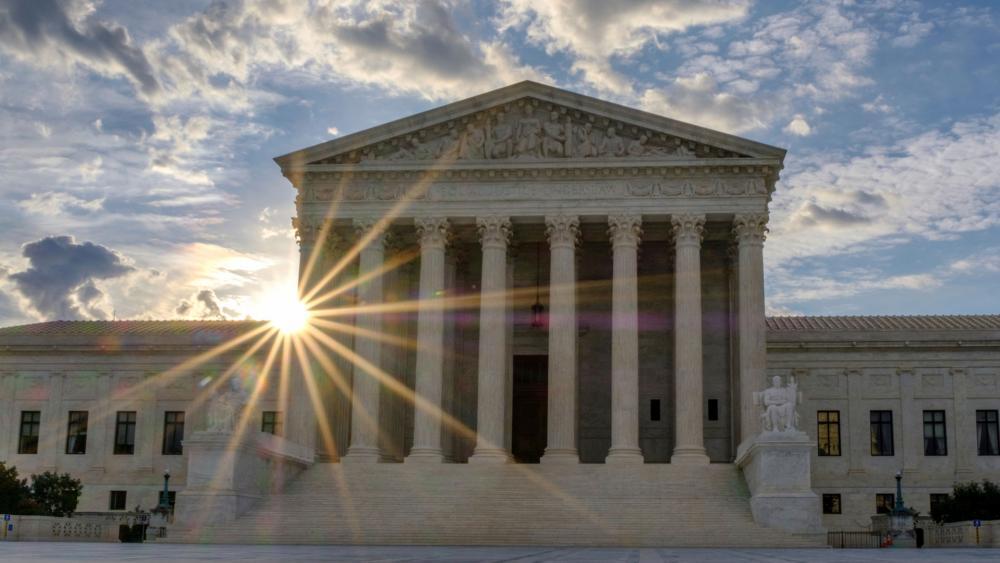 On the first day of the high court's fall term, US Supreme Court Justices Clarence Thomas and Samuel Alito have appeared to invite future legal challenges to the 2015 Obergefell marriage case that allowed same-sex marriage.

The justices returned from their summer break on a somber note, following the death of Justice Ruth Bader Ginsburg, hearing arguments by phone because of the coronavirus pandemic and bracing for the possibility of post-election court challenges.

Even though the high court has declined to grant a review of the Sixth Circuit Court of Appeals decision involving former Rowan County Clerk Kim Davis regarding the legal doctrine known as qualified immunity, Thomas wrote that the Supreme Court's majority decision in Obergefell v. Hodges caused a collision with religious liberty and the Court must fix it.

On Monday, Thomas wrote, "In Obergefell v. Hodges, the Court read a right to same-sex marriage into the Fourteenth Amendment, even though that right is found nowhere in the text. Several Members of the Court noted that the Court's decision would threaten the religious liberty of the many Americans who believe that marriage is a sacred institution between one man and one woman. If the States had been allowed to resolve this question through legislation, they could have included accommodations for those who hold these religious beliefs."

"Due to Obergefell, those with sincerely held religious beliefs concerning marriage will find it increasingly difficult to participate in society without running afoul of Obergefell and its effect on other antidiscrimination laws. It would be one thing if recognition for same-sex marriage had been debated and adopted through the democratic process, with the people deciding not to provide statutory protections for religious liberty under state law. But it is quite another when the Court forces that choice upon society through its creation of atextual constitutional rights and its ungenerous interpretation of the Free Exercise Clause, leaving those with religious objections in the lurch," Thomas continued.

Thomas noted, "Davis found herself with a choice between her religious beliefs and her job."

"Davis may have been one of the first victims of this Court's cavalier treatment of religion in its Obergefell decision, but she will not be the last," he predicted.

Thomas ended by saying "the Court has created a problem that only it can fix. Until then, Obergefell will continue to have 'ruinous consequences for religious liberty'."

Liberty Counsel Founder and Chairman Mat Staver said, "Even though the High Court declined to take up qualified immunity, Justices Thomas and Alito are inviting future challenges regarding Obergefell and to fix the mess the Court created."