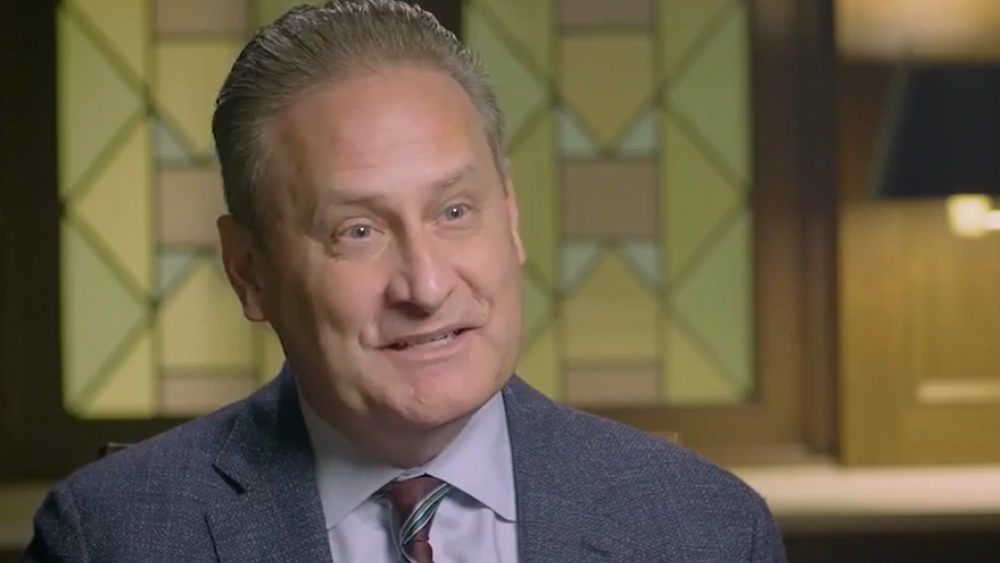 Steve Green, chairman of the Museum of the Bible and president of Hobby Lobby, received the William L. Armstrong Award for 2020 on Saturday.

The award is bestowed annually by the Armstrong family, Colorado Christian University (CCU), and the Centennial Institute. This year it was presented at the Western Conservative Summit in honor of former Colorado Senator William L. Armstrong who served as president of CCU from 2006-2016.

Armstrong's son, Wil Armstrong, explained that the award recognizes "a leader who embodies the values that my father held dear – faith, family, and freedom – and who has made a difference in our culture through business, politics, or education."

Typically the award is presented at the Western Conservative Summit outside Washington, D.C. Due to travel and gathering restrictions, the 2020 Summit was held virtually - connecting thousands of conservatives across the nations with renowned guest speakers.

"Understanding Armstrong's love and his heart for the Biblical roots of our nation… just resonated with me, and I am excited to be able to receive this award," Green said. "I am honored to have known Senator Armstrong and very grateful."

Green serves as chairman of the Museum of the Bible in Washington DC. The 430,000 square-foot building is located just three blocks from the US Capitol. He has also written several books, including Faith in America and The Bible in America.

The Museum of the Bible first opened to the public in November 2017 and strives to be one of the finest technologically advanced and captivating museums in the world.

"In our generation, Steve Green and his family represent the definitive entrepreneurial spirit of America," said Wil Armstrong. "Hobby Lobby started with a dream, a garage, and a $600 loan. It grew into a chain of over 900 stores in 47 states, with revenue in excess of $5 billion, and more than 43,000 employees."

The company's battle against a federal order to provide healthcare plans that violated the founders' religious beliefs and led to a landmark Supreme Court ruling.

Back in 2014, the family and company took a firm stand on those beliefs in a landmark case that went all the way to the Supreme Court. The court ruled in Hobby Lobby's favor, striking down the contraceptive mandate in the Affordable Care Act.

Earlier this year, Green told CBN News that it's important for Christians to be vigilant and continue to "fight the good fight."

During the award presentation, Armstrong told Green he was selected "for demonstrating a lifetime commitment to the cause of religious freedom, for using business for God's glory, for standing firm when it was challenging to do so, for illuminating the Bible and its influence in our great country, and for your passion for the future of America."

Wil Armstrong and his wife Kristy presented the award to Green at the Hobby Lobby corporate headquarters in Oklahoma City, as part of a film to be displayed during the Summit.

The film includes a tribute to Senator Armstrong and comments from Green that were filmed at his Oklahoma City headquarters and at the Museum of the Bible in Washington, DC.

The William L. Armstrong Award has been presented annually since 2016.