CBN News: Modern-Day Watchmen on the Wall, Proclaiming Truth to Every Screen 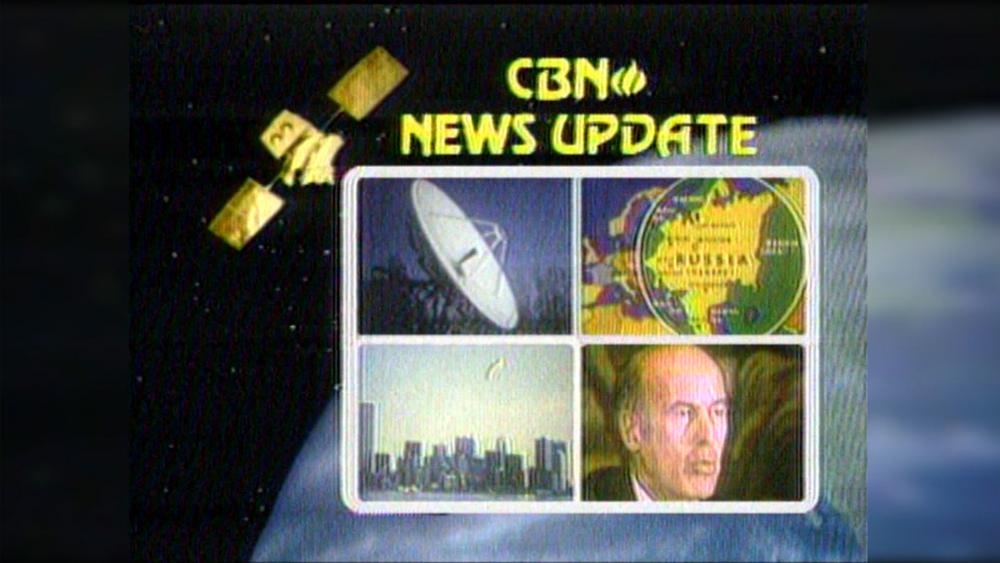 Not too long after its first broadcast, The Christian Broadcasting Network's "The 700 Club" became the go-to source for Christians looking for both inspiration and information.

By the 1970s, with America in a moral crisis, Pat Robertson sat down with then-Georgia Governor Jimmy Carter. Their discussion centered around a topic rarely discussed by newsmakers of the day. It was an interview about faith.

At that moment, CBN News was born. Over the next few years, Christians around the country began letting their voices be heard, leading to Ronald Reagan's election in 1980.

The Small Beginnings of CBN News

CBN established a Washington bureau, and correspondent Forrest Boyd was there when a would-be assassin tried to kill the president.

Viewers prayed with "The 700 Club" for the president's recovery. Reagan did recover and served out two full terms as commander-in-chief. In a one-on-one interview, Regan thanked Pat for "keeping the faith."

"This is a nation under God," Reagan said. "And as long as we recognize that... I think He'll help us."

A CBN News division formally began in 1982. Outside of America, the world was changing. Radical Muslims were saber-rattling across the Middle East. In Lebanon, CBN became the first independent source of television news in the region.

CBN opened an office in Jerusalem to cover the latest news in Israel.

As the Middle East was heating up, the Cold War was winding down. The Soviet Union collapsed, as did communism across Europe. Pat Robertson and Billy Graham visited a newly-unified Germany after the fall of the Berlin Wall.

"Your vision of what you're going to do in Eastern Europe is one of the most thrilling things I have ever heard," Rev. Graham told Robertson as the two toured the fallen Berlin Wall.

When Russia Opened Its Borders, CBN News Was There

In Russia, the government opened its borders. For the first time, Soviet Jews were allowed to leave for Israel. One million embarked on a journey of "Aliyah," and CBN News noted its Biblical significance

Back in the US, CBN News covered the scandal surrounding President Bill Clinton with an intern, which resulted in his impeachment – the first impeachment of a US president in 130 years.

Outside of politics, CBN News producer Drew Parkhill was one of the first persons to demonstrate a new technology called "the internet" on national television.

"Just as television surpassed radio, this will take the place of television," Parkhill predicted.

The Information Age ushered in a millennium filled with promise – although the big news at the start of the century centered around "hanging chads" in Florida.

And then, on one September morning in 2001, CBN News anchor Lee Webb was on air for the biggest story yet – the 9/11 terror attacks.

After the 9/11 attacks, people across America were looking for answers. CBN News was at Ground Zero, sharing stories of faith.

As President Bush sent troops into war, reporters such as Chuck Holton and Paul Strand followed them into battle

News in the Digital Age

To keep up with breaking events, CBN News debuted "Newswatch," launched a website, and soon CBN News reporters covered every major event in the world from natural disasters such as Hurricane Katrina, to the attempts at peace in the Middle East.

And at a time when faith in the mainstream press is at a low, CBN is a name that can be trusted. Its teams of reporters have traveled around the globe, bringing back the stories that truly matter.

Now, when news breaks, CBN News is there. But the true heart has never been for the headlines... at least not the ones seen anywhere else.

CBN News: Voice to the Forgotten and Persecuted

CBN News has given voice to the forgotten, the persecuted, and those standing strong in their faith.

From health reports to the halls of Congress, CBN News is on the scene standing on the wall as modern-day watchmen, proclaiming the truth from every nation to every screen.