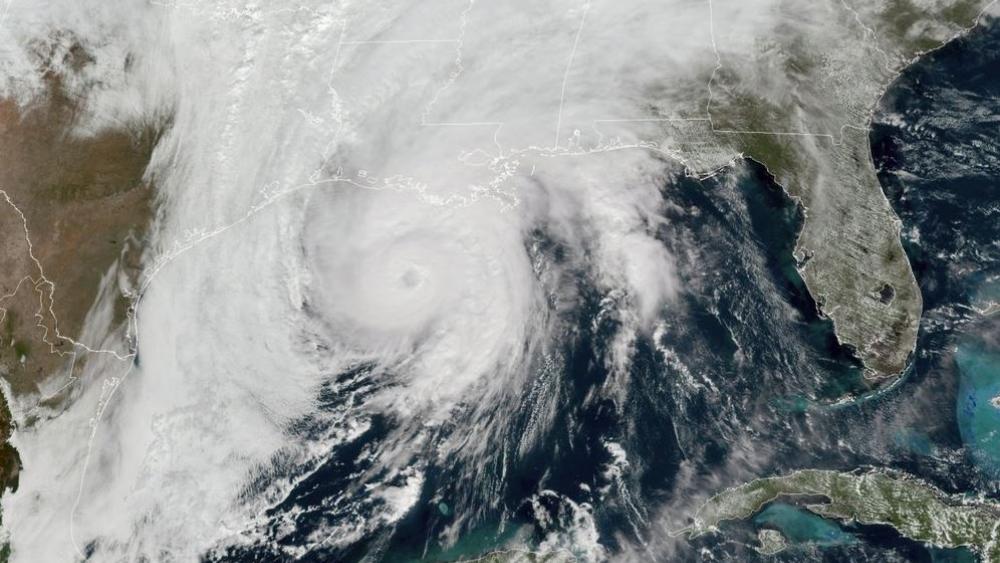 NEW ORLEANS (AP) — Hurricane Zeta slammed into storm-weary Louisiana on Wednesday with New Orleans squarely in its path, pelting homes and businesses with rain and howling winds, knocking out power to thousands, and threatening to push up to 9 feet of seawater inland in a Gulf Coast region already pounded by multiple storms this year.

Roads were flooded near the coast, where forecasters said Zeta made landfall around Terrebonne Bay near Cocodrie, an unincorporated fishing village at the end of a highway with a marine laboratory but few if any full-time residents.

Streams of rainfall ran off roofs in New Orleans’ famed French Quarter, signs outside bars and restaurants swayed back and forth in the wind and palm trees along Canal Street whipped furiously. A few trees were down, and one that fell across utility lines sparked a bright orange flash.

Almost 300,000 customers were without electricity in Louisiana, including more than 230,000 in metro New Orleans.

Zeta had top sustained winds of 110 (177 kph) as a Category 2 hurricane and was the 27th named storm of a historically busy Atlantic hurricane season — with over a month left before it ends. It set a new record as the 11th named storm to make landfall in the continental U.S. in a single season, well beyond the nine storms that hit in 1916.

Tropical storm warnings were issued as far away as the north Georgia mountains, highly unusual for the region. New Orleans has been in the warning areas of six previous storms that veered east or west this season. This time, Zeta stayed on course.

Zeta had been predicted to hit as a relatively weak Category 1 hurricane, but Louisiana residents awoke to updated forecasts predicting a Category 2 at landfall around the southeastern part of the state.

“The good news for us — and look, you take good news where you can find it — the storm’s forward speed is 17 mph. That’s projected to increase, and so it’s going to get in and out of the area relatively quickly, and then we’re going to be able to assess the damage more quickly,” Gov. John Bel Edwards said in an interview on The Weather Channel.

Officials urged people to take precautions and prepare to shelter in place, and a business-as-usual atmosphere in the morning in New Orleans diminished as the storm neared and grew stronger. Traffic slowed, and restaurants and coffee shops shut down.

“This year, the storms have been coming back-to-back. They’ve been avoiding New Orleans but finally decided to come,” cookie shop worker Curt Brumfield said as he stowed empty boxes in trash cans outside and others boarded up the windows ahead of the storm’s arrival.

Winds picked up and water rose above the docks in Jean Lafitte, a small fishing town south of New Orleans that takes its name from a French pirate. Workers drove truckloads of sand to low-lying areas where thousands of sandbags were already stacked for previous storms.

“We’re going to get a lot of water fast,” said the mayor, Tim Kerner Jr. “I’m optimistic regarding the tidal surge because of the speed of the storm, but we’re not going to take it for granted.”

Zeta’s wind, rain, and storm surge reached more than 150 miles (241 kilometers) east of New Orleans. In Mississippi, street lights swayed in Biloxi and the city of Pass Christian ordered all boats out of the harbor. Dauphin Island, Alabama, shut off water and sewer service in areas that typically are swamped in storms.

New Orleans officials announced that a turbine that generates power to the city’s aging drainage pump system broke down Sunday, with no quick repair in sight. There was enough power to keep the pumps operating if needed, but little excess power to tap if other turbines fail, officials said.

Officials said they were running through contingencies should there be other equipment problems. Forecasts called for anywhere from 2 to 6 inches (5 to 15 centimeters) of rain to fall in the New Orleans area, but Zeta’s pace could mitigate the flood threat.

Before landfall, Zeta’s top winds had risen to just shy of a major, Category 3 storm, according to the U.S. National Hurricane Center.

On Tuesday, Zeta raked across Mexico’s Yucatan Peninsula, toppling trees and briefly cutting power to more than 300,000 people but causing no deaths.

It then regained strength over the Gulf of Mexico along a path slightly to the east of those of Hurricane Laura, which was blamed for at least 27 deaths in Louisiana in August, and Hurricane Delta, which exacerbated Laura’s damage in the same area weeks later.

The deteriorating weather prompted early voting sites to close for hours in the western Florida Panhandle.

Tropical storm warnings were issued for a large swath of the South, from Louisiana and Mississippi into Alabama and Georgia, including all of the Atlanta area, where winds could gust up to 55 mph (89 kph) early Thursday. Winds could be “especially severe” in the southern Appalachian Mountains, where flash flooding is possible, the hurricane center said.

Edwards asked President Donald Trump for a disaster declaration ahead of the storm. He and Alabama Gov. Kay Ivey both declared emergencies, as did Mayor Andrew “FoFo” Gilich in Biloxi, Mississippi. Trump declared an emergency for Louisiana Tuesday evening.

After Hanna, Isaias, Laura, Sally, and Delta, Zeta will tie a record set in 1886 and repeated in 1985 for six hurricanes smacking the continental U.S., according to Colorado State University hurricane researcher Phil Klotzbach.

“I’m physically and mentally tired,” a distraught Yolanda Lockett of Lake Charles, one of about 3,600 evacuees from Laura and Delta still sheltering, said outside her New Orleans hotel. 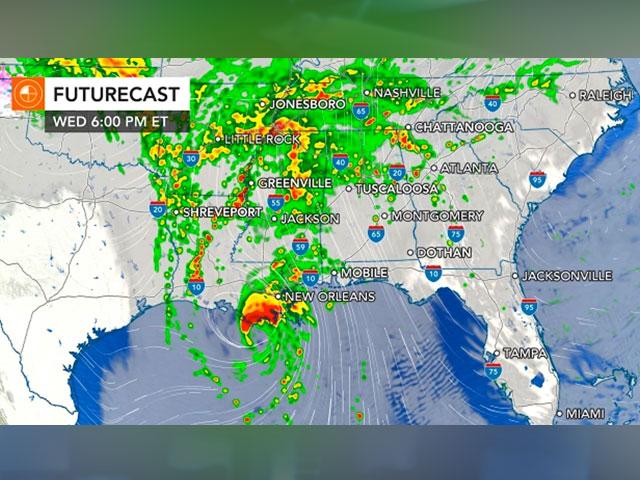 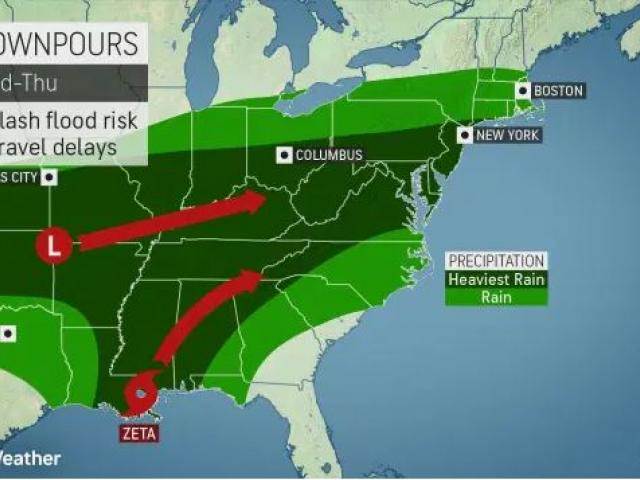