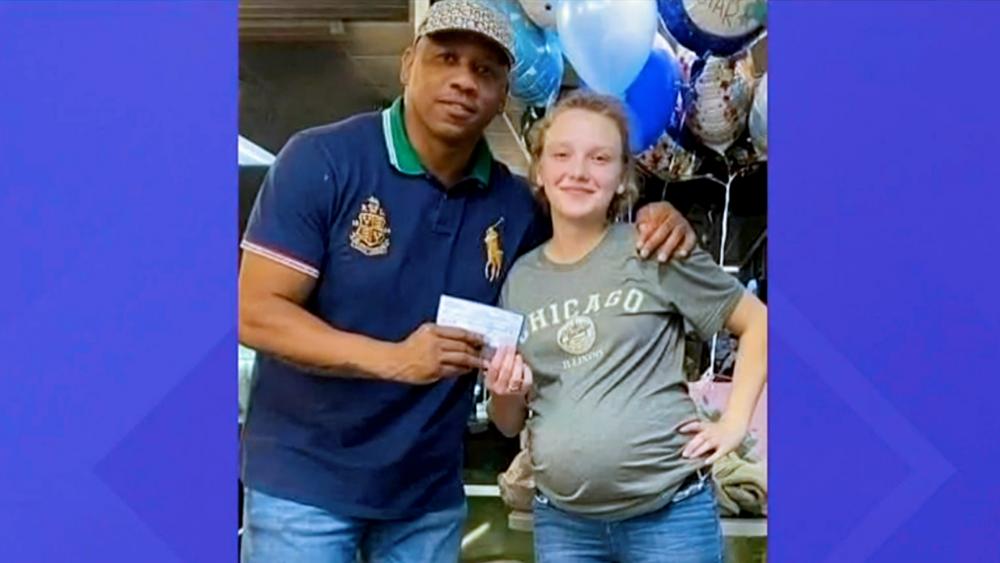 What seemed like a typical encounter between a waitress and a customer at one Georgia Waffle House turned into an extraordinary act of kindness.

Bishop Eusebio Phelps, the pastor at New Faith Christian Church, ordered a meal from the Stockbridge restaurant on Oct. 1.

When he arrived at the Waffle House to pick up his food, God told him to give the waitress all the money that was in his wallet, according to the church's Facebook page.

"She was so nice over the telephone, and when I got there I paid for my food and I told her to keep the change," Phelps told WXIA-TV.

The pastor noticed that his waitress, Hannah Hill was also pregnant.

"And so I gave her the $40 and I told her that I just wanted to be able to bless her so she could buy something for the baby," he added.

The pair continued talking and Hill explained that she was expecting a boy and his name was Samuel – the same name as Phelps' son who passed away seven years prior.

Phelps was touched by the young woman and her situation so he set out to raise money for Hill and her family.

"I told my wife what happened...I was like, 'Listen I wanna raise a thousand dollars to give to Hannah so she can buy whatever she needs for the baby'," the pastor said.

After Phelps shared the story on Facebook, the donations kept coming in and the total amount raised reached $12,000.

Phelps surprised Hill with the money and even held a surprise baby shower for her.

Hill admitted that she didn't pray much prior to her encounter with Phelps, but that's all changed.

"I don't really pray that often. I'm not necessarily that religious. But lately, I have been praying," she said. "I've been really stressing lately... I've been worried about the baby getting here... I'm so grateful and that's all I can say. I'm so grateful and appreciative to everybody, God is good all the time."

Phelps noted the importance of goodness and grace towards others.

"You gotta show the love of God to people you come into contact with, and it was her kindness – she was so kind and so pleasant. She's just a real sweetheart," he said. "And that touched my heart. And I feel like the Lord has really allowed our paths to cross."

Proverbs 3:3 instructs us to manifest kindness and in so doing, show others around us the love of Jesus Christ:

"Do not let kindness and truth leave you; Bind them around your neck, write them on the tablet of your heart."