Beta to Unleash Days of Flooding Rainfall, Pounding Surf From Texas to Louisiana 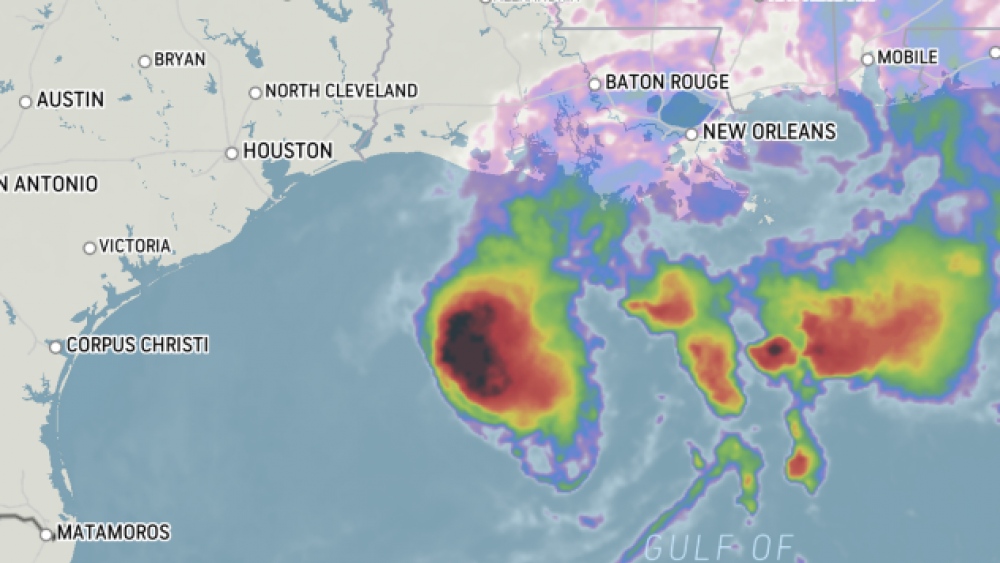 AccuWeather Global Weather Center – September 20, 2020 –  Forecasters say Beta could become the ninth-named storm to make landfall in the United States this season as it unleashes days of flooding downpours along the Gulf coast.

The tropical storm claimed the second letter in the Greek alphabet on Friday afternoon, following the formation of Wilfred and Alpha. Once the last name on the Atlantic hurricane season's designated list is exhausted, Greek letters are used to identify tropical storms. Forecasters had been monitoring the disturbance for over a week before it developed into Tropical Depression 22 on Thursday. By Friday evening, the system strengthened into Tropical Storm Beta. As of 4 a.m. CDT on Sunday, the storm was located 205 miles southeast of Galveston, Texas, with maximum sustained winds of 60 mph. Movement was at 3 mph toward the west-northwest.

Weak steering winds have resulted in Beta meandering over the Gulf of Mexico over the past few days. A general westward drift toward Texas is expected to begin on Sunday and continue through Monday.

"How strong Beta gets may hold the key on whether or not it makes landfall," according to AccuWeather Hurricane Expert Dan Kottlowski. "A stronger tropical storm tends to poke higher up into the atmosphere and might get steered westward toward Texas, while a weaker system may hover in the lowest part of the atmosphere, where it avoids stronger winds aloft and then hovers over the Gulf for days." AccuWeather meteorologists expect Beta to have the best opportunity to make landfall along the coast of Texas between Corpus Christi and Galveston late Monday or early Tuesday. This would be the ninth system to make landfall in the United States this season. Numerous watches and warnings remain in effect along the coasts of Louisiana and Texas, due to the potential for storm-surge flooding, heavy rainfall, and tropical-storm-force winds. "Tropical Storm Beta is a reminder that hurricane season is still in full swing," Houston Mayor Sylvester Turner said in a media release on Friday. "Now is the time to prepare. Stock your emergency kit, refill prescriptions, and monitor Houston OEM's channels for official updates."

Residents are urged to not focus on Beta's intensity, as even if the storm fails to achieve hurricane status as currently predicted, days of heavy rainfall and flooding are likely, even well away from the center of the storm.

Beta wrote a new page in the record books for becoming the earliest 23rd-named tropical storm in the Atlantic, replacing Alpha from 2005, which formed on Oct. 22 and was the first-ever storm to be named a Greek letter.