'Black Americans Are Better Off' Under Trump than Obama: Why Candace Owens Wants a Democrat BLEXIT 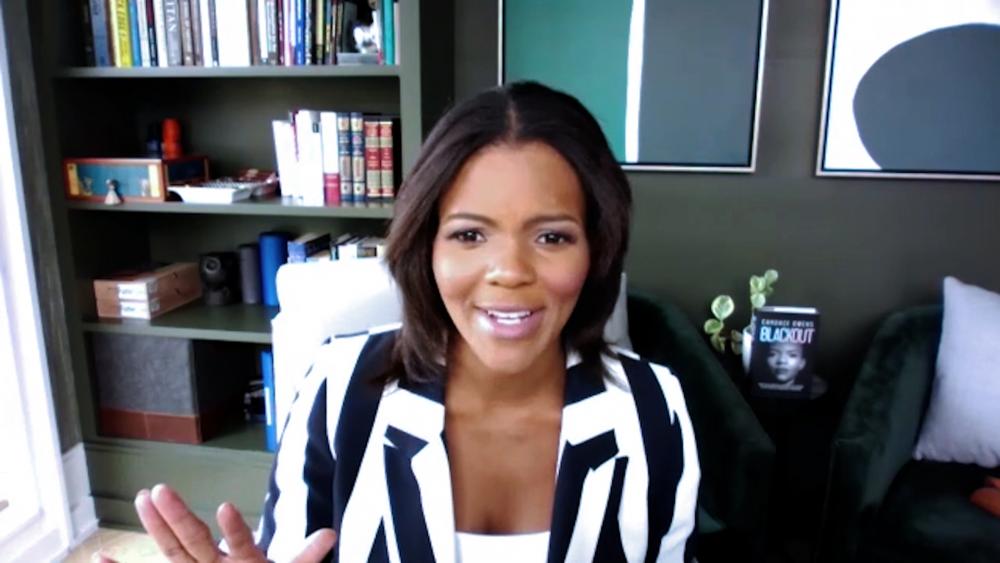 6193387471001
'Better Off with Donald J. Trump': Candace Owens on Why African Americans Should Ditch Democrat Party

Political activist Candace Owens says the time has come for African Americans to unshackle themselves politically. And the outspoken conservative isn't afraid to point out why she feels many of the Left's policies actually hurt the black community.

As a conservative firebrand eager to tackle controversial issues of the day, Owens is challenging black Americans to think outside the box.

During a recent appearance on the Ben Shapiro Show, Owens accused former vice president Joe Biden and Sen. Bernie Sanders of pandering to blacks after the two were interviewed by rapper Cardi B.

"It is demeaning, it is ridiculous and she asked pointedly ridiculous questions: I want lower taxes but I want universal health care for all," Owens said.  "She had no idea what she was doing and yet both Bernie Sanders and Joe Biden made the time to sit with her because they believe black people are stupid."

For decades, African Americans have been a loyal voting bloc for Democrats with 89 percent supporting Hillary Clinton over Donald Trump in 2016.

In her new book Blackout: How Black America Can Make Its Second Escape From the Democrat Plantation, Owens explains how liberal politicians take the black vote for granted and why she moved to embrace conservative ideas.

"I had my 'ah-ha moment' which really happened to me just looking at Trump coming down the escalator like this man is crazy," she told CBN News. "I don't want this guy to be president but then hearing him when he said, 'Black America, what do you have to lose?' And he listed the statistics and I knew that I came from a family that was impoverished and I have so many cousins who are on welfare and I thought to myself yeah, what do we have to lose?"

Owens points to how President Trump has made progress within the black community after helping achieve historically low unemployment for African Americans as well as prison reform.

She argues while Democrats have long acknowledged struggles in the black community, they do very little to solve them.

"This hasn't worked out for us," Owens explained. "Look at our neighborhoods, the condition of our families. Look at the crime statistics, look at the father absences. What could go worse?"

"That was sort of my perspective when I decided to support the president and now after watching his performance over the last three years things have gotten better," she added. "Black Americans are better off with Donald J. Trump than we were after eight years of Barack Obama who was the first black president."

As a black conservative Owens says she has faced backlash for her views, something she calls a double standard.

"You can be an outspoken black liberal, you're treated fine," she said. "The media glorifies you. I've gone through so many social lynchings. I've been smeared as a white supremacist, believe it or not. I've been called a Hitler sympathizer."

As the founder of BLEXIT, the exit of black Americans from the Democrat Party, Owens says more African Americans are seeing a difference when comparing the president's results to what she calls the lack of progress by Democrats.

"I believe at the exit polls of this election are going to shock everybody and I think people are thinking differently and that's all I've ever wanted," she commented.

With regard to recent attacks against police across the country, Owens tweeted to her more than two million followers that "Black Lives Matter and the complicit media organizations, athletes, and entertainers are to blame."

It's just they love the black versus white narrative," she said. "The proper context is that police officers are killed by black men 18 and a half times more."

The conservative commentator also believes the Left wants to separate black Americans from their faith in God and replace it with a faith in government.

"We are seeing this purposeful push even in the mainstream media," said Owens.  "And the reason for that is because, in order for a government to grow, which is what the Left is after, that's what socialism is, just the ultimate power given to the government, in order for [the] government to grow you have to make sure that individuals and family units believe in nothing else. Family units can't exist.  A belief in God can't exist."

The issue of faith is one that Owens holds dear. She says as a Christian, it is what guides her political beliefs.

"My husband and I go to church every Sunday," she explained.  "Actually, we go to the same church as Mike Pence. We read the Bible every night before we go to bed. That is just a part of what I think humbles me."

Yet when it comes to fighting for her conservative values, Owens feels called to the frontline.

"I think for so long black conservatives have been too educated, too polite, not willing to fight back when they're called uncle toms," she said.  "When they're smeared as coons and all of these racial slurs. And I have a different attitude about it.  I am unapologetically a black conservative.  If somebody has something rude to say to me, I am willing to speak back to them.