From Boycott to Blessing: Anti-Trumpers' Attack Gets Flipped Into Goya Buycott to Help the Hungry 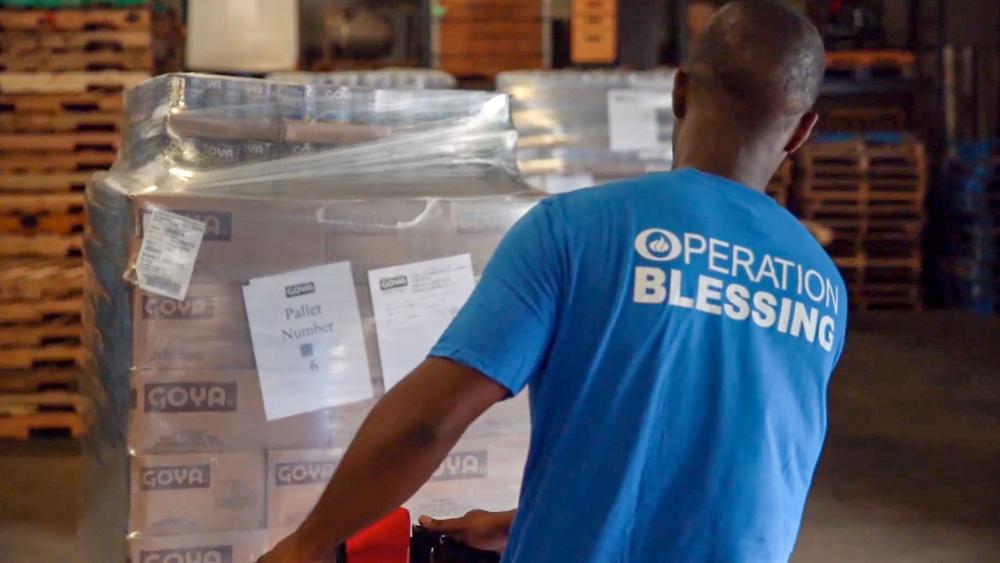 6188878625001
From Boycott to Blessing: Anti-Trumpers' Attack Gets Flipped Into Goya Buycott to Help the Hungry

When a food company CEO complimented President Trump, that led to a boycott against the business. But that move prompted a Virginia man to fight back.

He launched a fundraiser to feed the hungry with the company's products, and he enlisted the help of CBN'S Operation Blessing to distribute the food.

It began in July when Goya Foods CEO Robert Unanue complimented Trump about the expansion of the "Hispanic Prosperity Initiative."

"We're all truly blessed at the same time to have a leader like President Trump who is a builder," Unanue said. "And that's what my grandfather did; he came to this country to build, to grow, to prosper."

After hearing those words, critics jumped on social media calling for a boycott of the company, which claims to be "the largest Hispanic-owned food company in the United States."

That's when Casey Harper stepped in. He launched a GoFundMe campaign, originally entitled, "Buy GOYA - Support Trump & Feed the Hungry," to turn the boycott into what he called a "buycott".

Harper, a producer for the TV show, "America This Week with Eric Bolling", documented part of the "buycott".

"And that means it's time for a Goya shopping spree," Harper said in the story. The video shows him scooping Goya products into his shopping cart.

He also reached out to CBN's Operation Blessing to help distribute the products. Operation Blessing's Hunger Strike Force accepted the assignment, with the goal of providing products for the DC area, Texas and Florida. And that's not all.

"They want us to be able to reach from the state of Texas and the state of Florida," said Steve O'Grady, vice president of operations & logistics for Operation Blessing. "We'll be reaching all of our partners within those two states as well, and then from Texas, we're gonna be reaching out into Arizona and Oklahoma and the surrounding states there where we have ministry partners."

O'Grady says Operation Blessing also will be reaching out from Florida into Georgia and Alabama and partners in surrounding states.

In addition, there are plans to send food to the Navajo and Cherokee Native American people.

O'Grady tells CBN News that each of the three distribution centers are expected to ship out more than 80,000 pounds of Goya products.

"During these challenging times when you're looking for resources as hard and as quick as you can to be able to take care of the people who are in need, it's just such an honor and a fulfilling experience just to know that we've been chosen as one of those partners by Goya Foods," said O'Grady.

"And without Goya, we wouldn't be able to do what we do," he continued.

And Goya itself is working to get food out to families who need it. The Working for Our Country #GoyaGives campaign will distribute two million pounds of food across the US and Puerto Rico.