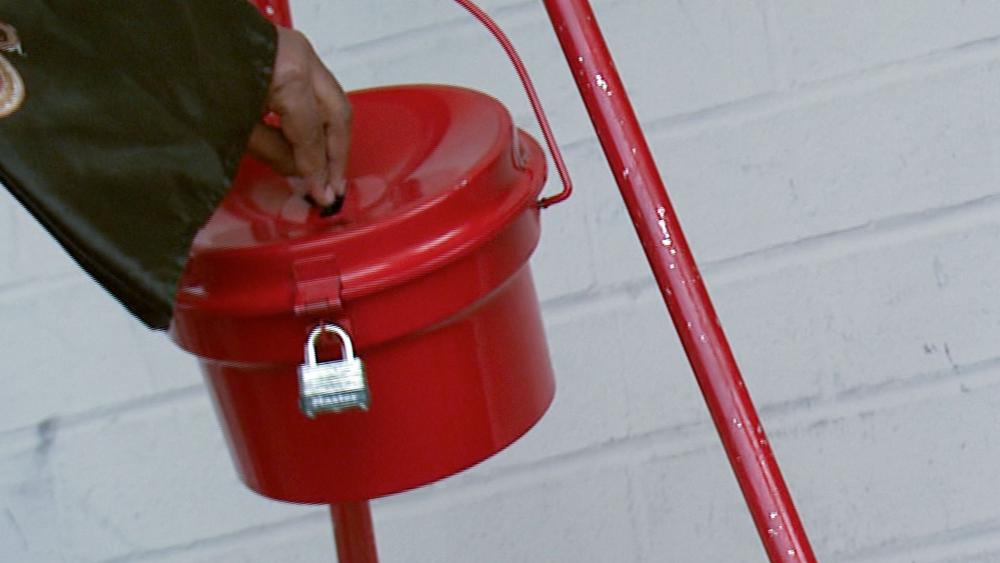 The Salvation Army is preparing for the holiday season early this year in an effort to "rescue Christmas."

The organization launched its red kettle fundraising campaign on September 14 instead of the traditional Thanksgiving time-frame due to COVID-19 and the overwhelming impact it's had on the country.

With the increase of store closures and fewer shoppers at retail locations, The Salvation Army said it expects to see up to a 50 percent decrease in funds raised through the red kettles.

"Our ability to raise vital funds to serve those in need this Christmas and beyond is at risk," said Commissioner Kenneth Hodder, national commander of The Salvation Army. "We need everyone who has the capacity to come alongside us and ensure that the holiday season is bright for millions in need."

Last year, the organization raised $126 million through 30,000 kettles that were based on street corners and at shopping centers.

Now, some of the previous donors are among those seeking assistance.

"We've had a dramatic increase in the number of people who have in the past given a little money in the Christmas kettle where they're just not able to do that now," Hodder added.

With the painful economic impact from all the COVID lockdowns, the Salvation Army could serve up to 155 percent more people in 2020 with food support, bill payment, and Christmas assistance - if the resources are available.

This is the first time in 130 years that the Salvation Army has begun its annual holiday fundraising efforts early.

The iconic bell-ringing volunteers are required to wear masks, clean the kettles daily, and will maintain social distancing.

To make giving safe and easy, donors are encouraged to support the organization by making contributions online and through their cell phones.

"Kettle Pay" allows contributors to donate digitally by scanning a QR code for Apple Pay or by hovering their phone over a Google Pay symbol.

Even Amazon's Alexa can facilitate a donation by simply saying, "Alexa, donate to The Salvation Army," then state the amount.

And donors can text "KETTLES" to 91999 from their phone to give any amount. Donations are also accepted at RescueChristmas.org.

The Salvation Army announced that Grammy Award-winning Christian artist Lauren Daigle's song, "Rescue" will serve as the anthem for this year's effort.

With fewer Red Kettles this year, we need your support more than ever. Give a monthly donation of $25 and help us #RescueChristmas for our neighbors in need.