Speaking For Herself: Sarah Huckabee Sanders on Faith, Family, and Life After The White House 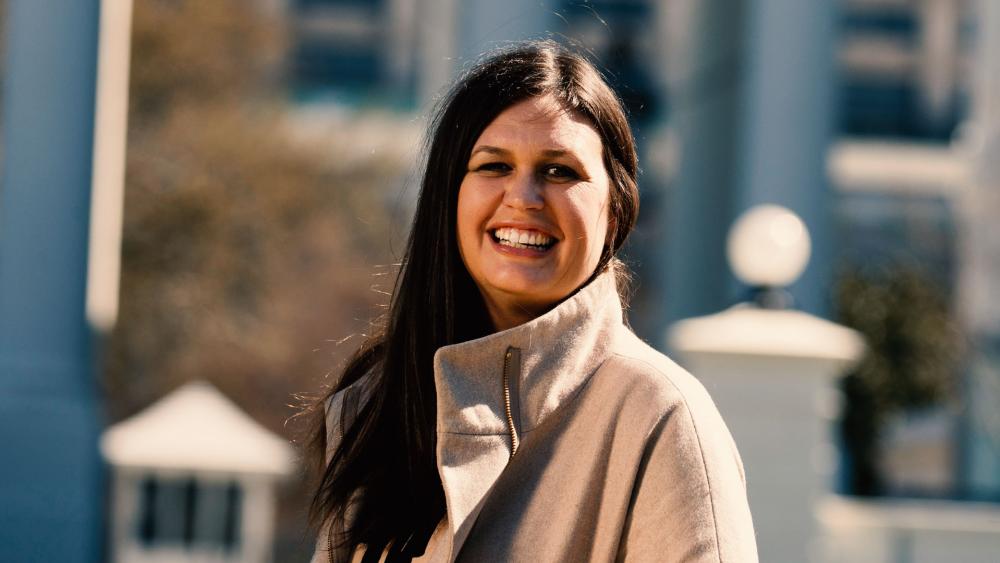 sarahhuckabeesandersap_hdv.jpg
6193745230001
Speaking For Herself: Sarah Huckabee Sanders on Faith, Family, and Life After The White House

There's been no shortage of books against President Trump including from those who have worked in his administration with many of them going against tradition and slinging mud while their former boss is still in office. But former White House Press Secretary Sarah Huckabee Sanders is not on that list.  "The honest part of my story is that I loved my time at the White House."

In her new book called, Speaking for Myself, Sanders punches back at the critics, starting with those who hate Trump for a living. "Certainly, like everyone, the president isn't perfect," she says. "He's not always going to be easy to work with but the thing that I knew every single day was that the president loved this country, and was willing to fight for it, even if he had to fight alone."

Sanders also had to fight, specifically to defend her reputation against liberals who couldn't stand her. "Their whole mantra is all about tolerance as long as you agree with them," Sanders told CBN News. "And because I didn't agree with them on policy, and I was a supporter and a very vocal supporter of the president, I was fair game and everything about me was fair game, everything from my appearance, my weight, my makeup, my fitness to be a parent."  However, Sanders knew who to really listen to. "I wasn't looking for anybody else to define me. I knew who I was. I knew that God had created me for a purpose and that gave me the confidence I needed to go in and face every day."

As she maintained then and writes now, Sanders was also armed with the Word of God. A devotional book called, Jesus Calling was her saving grace starting with that very first briefing. "Somebody had left a leather-bound copy of it in the office," she says. "I grabbed it. I went into the other room, and I read it immediately. I just was kind of like, 'I'm at peace.' I'm either going to be great, or I'm going to be terrible, but I'm as ready as I'm going to be. I felt calm and just ready to go in."

Still, being White House Press Secretary was taxing; balancing a 24/7 career with being a mom. Family won out and when she finally decided to leave, the president displayed a tender side rarely seen in public. There are quite a few touching moments in the book. One of them was that time when she walked in to have a conversation with the president that she was leaving the White House.

"Yeah, here I was pouring my heart out from the second I walked in, I think he knew and I looked at him and I just started crying, not tearing up, like actual crying," Sanders recalled. "So here I am sitting there crying my eyes out to the president of the United State and he gets up and walks out of the room. I'm like, 'are you kidding?' I'm literally bawling, and you leave? But he quickly rushes out the room comes right back and hands me a Kleenex and says, don't worry, Sarah, it's going to be okay."

The fact that Sanders was even in a position to be the White House Press Secretary is a miracle in many ways. In college, she was involved in what could have been a near-fatal car accident in the Ozark Mountains as she was traveling with a friend. "We spun out of control and went off the edge of the cliff tumbling down the side, only to be stopped by a tree that was growing out of the side of the cliff," Sanders said. " That tree hit right on the roof of the car. If it had hit six inches in another direction, it probably would have completely crushed us and killed us on impact."

That was just one of the challenges she's had to overcome. Writing this book also gave her a chance to bravely write about battling another one: postpartum depression. "I expected that I should be the happiest person on the planet and I just wasn't," she said. "I really struggled with why I couldn't find that happiness and that joy. Here I was, supposed to be the best day of my life and I just felt miserable. I cried all the time and I just couldn't figure out why I was struggling so much."  After about two months, it lifted.

As White House Press Secretary, it seems like the daily battles against a hostile press never lifted and they often played out in front of the whole country. "People like [CNN's] Jim Acosta, they make it about themselves," Sanders says. "They aren't supposed to be the story. They're supposed to report the news and let the viewer take from it what they want, but not to become the story. So often, I felt like Jim was so desperate to be the story that it was impossible for him to ever report it."

Of course, being from Arkansas, Sanders responded with her signature calling card: a southern, 'bless your heart attitude,' something that's always on display with her even when she might not always feel it. "I think that so many of the people that attacked me and attacked the president and my colleagues, you could see the anger and the hatred in who they were," Sanders tells CBN News. "I never wanted to become like those people." Instead, she remained focused on her dual purpose: faith and family. "Honestly, for the people out there that were so angry, I hope that they can find that same joy and that same purpose that I have, and maybe lighten up a little bit," she says with a smile.