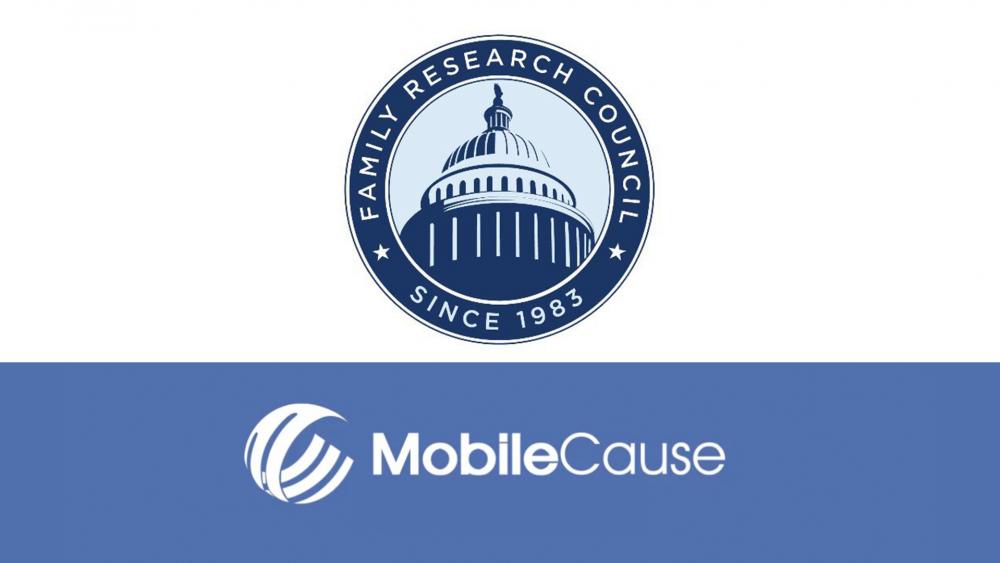 Family Research Council President Tony Perkins appeared on the Wednesday edition of CBN News' Faith Nation to talk about his organization's experience with MobileCause, and how some tech firms continue to censor conservatives.

A major tech company called MobileCause is now in the spotlight, accused of censoring conservatives by abruptly terminating a contract with the Christian organization the Family Research Council (FRC).

News of the cancellation came right before FRC was about to broadcast their September 2 edition of Pray, Vote, Stand.

Without warning, the conservative organization was advised that it wouldn't be allowed to share access to the broadcast via text messaging.

By using MobileCause in the past, FRC had the ability to reach thousands of their supporters through texting. FRC told CBN News "the termination, based upon Family Research Council's religious views, prevented the broadcast from reaching thousands of Christian voters with information about the 2020 election."

The move by MobileCause appears to be another example of bias from the tech industry, favoring the views of liberals over conservatives.

FRC was in its third year of an agreement with MobileCause.  According to FRC, it had used the text service to send outgoing messages for at least two other previous online events, like its Arise and Stand event, before facing this latest trouble.

MobileCause says in a letter that it was warned on August 27 that it had received nearly 100 complaints of spam. FRC says it wasn't notified about any concerns until MobileCause suddenly canceled FRC's services a week later. Here's what the letter said: 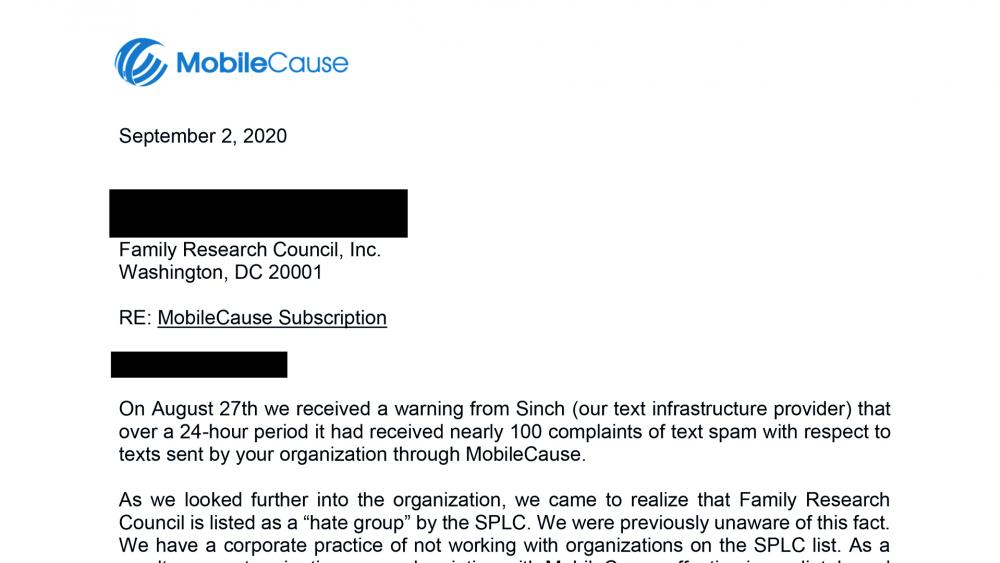 FRC categorically denies spamming anyone, saying all recipients had opted in. But MobileCause said it began investigating FRC after the spam complaint and learned that the Southern Poverty Law Center (SPLC) had labeled FRC a hate group, which led them the terminate FRC's contract.

As CBN News has reported, the far-left group SPLC has itself been labeled a "hate group" for targeting conservative, Bible-believing, non-profit ministries and organizations.

CBN News reached out to MobileCause to hear its side of the story. The company replied, "MobileCause recently terminated its agreement with Family Research Council (FRC) when it became aware that FRC is designated as a 'hate group' by the Southern Poverty Law Center (SPLC). MobileCause was previously unaware of this fact. MobileCause works with thousands of organizations across the ideological spectrum, but has a long-standing corporate practice of not working with organizations on the designated SPLC list."

FRC President Tony Perkins said in a statement, "MobileCause has not only provided yet another example of big tech censorship but in their desperation to silence those they disagree with, they have now added religious discrimination to their portfolio."

"Is it a coincidence that a big tech company pulled the plug on us one hour before the second installment of one of our most extensive evangelical voter education and mobilization efforts in this election cycle?" Perkins asked. "The big tech agenda is beyond obvious. MobileCause views evangelicals and conservatives as a political enemy that must be silenced, and so it timed its religious discrimination for maximum effect."

Perkins believes MobileCause is targeting conservatives and evangelical voters as part of a broader left-wing agenda.

"The Left's determination to silence voices with which they disagree should make clear to every evangelical voter what is at stake in this election and why they need to pray, vote, and stand! Big tech, Hollywood, and the elites intend to decide this election, and they will resort to religious discrimination, censorship, and bullying to get that mission accomplished. We cannot, and we must not allow them to succeed," he concluded.