'The Future of Our Court is in Good Hands': Spiritual Leaders Respond to Barrett's Nomination 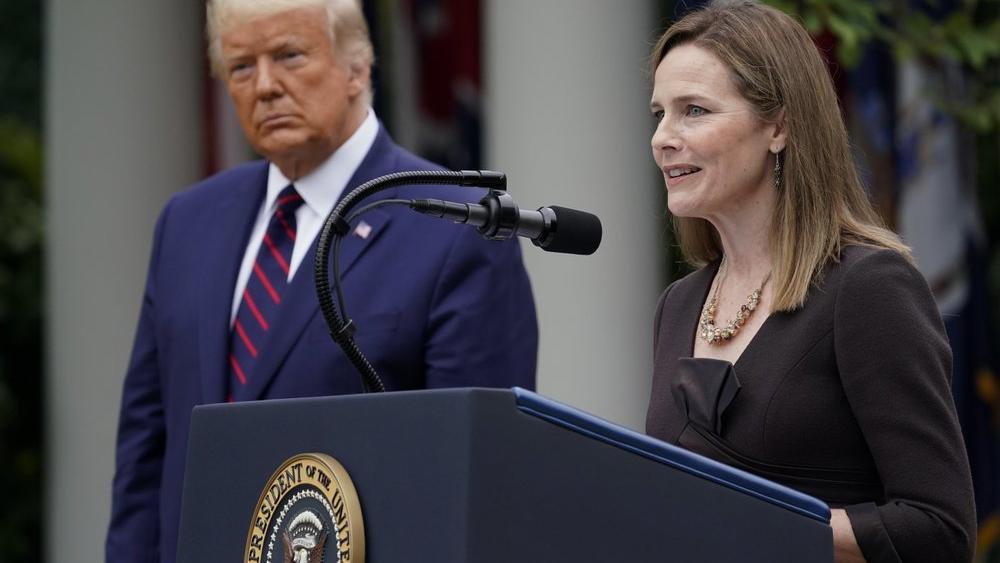 Religious leaders are lining up in support of Judge Amy Coney Barrett's nomination to the Supreme Court.

Below are statements from some of America's leading pastors and evangelical leaders.

Jack Graham, pastor of Prestonwood Baptist Church:
“This is a great day for American jurisprudence and for every American who cares about the future of our nation’s highest court and particularly the sanctity of human life. In Judge Barrett, President Trump has found a jurist who is not only committed to interpreting the law as our Founders originally intended but also to her faith. Yet again, President Trump has kept his promises to our country.”

Greg Laurie, Evangelist, pastor, and founder of Harvest Crusades and Ministries:
"On this historic day, I would like to congratulate Judge Barrett on her nomination to the Supreme Court. Judge Barrett is a brilliant jurist whose commitment to American jurisprudence is only matched by her commitment to her faith. Let us pray that God will grant her wisdom and insight as she soon joins our nation’s highest court.”

Rev. Samuel Rodriguez, president of the National Hispanic Christian Leadership Conference:
"As president of the National Hispanic Christian Leadership Conference, I want to give my wholehearted congratulations to Judge Barrett for her nomination to the Supreme Court and I call upon the U.S. Senate to expeditiously confirm her. I would be pressed to find a more fitting candidate. Once again, President Trump has exceeded our expectations by nominating a judge committed to the original intent of the Constitution. With this nomination, President Trump is building a judicial firewall around our Constitution."

Russell Moore, president of The Ethics & Religious Liberty Commission of the Southern Baptist Convention:
"I have long respected Judge Barrett, not only as a highly accomplished jurist but also as an adoptive parent active in the advocacy for adoption and for special needs children. As she goes before the Senate Judiciary Committee, I'm confident she will lay out a thoughtful defense of commitment to the constitution and the proper limits of judicial authority in our system of government.

"As a son of Mississippi Gulf Coast, I would be remiss if I didn't point out this is a nomination of a New Orleans-born judge who grew up in Metairie, Louisiana, which is perhaps one reason why I have paid attention to her career for years. There is no question that Judge Barrett is qualified by intellectual acumen and years of experience to serve on the highest court in the land. I am praying for her, her family, and our nation in what are sure to be tumultuous days in the weeks ahead for the entire country."

Jason Yates, CEO of My Faith Votes:
“On behalf of My Faith Votes and millions of Christians who believe in America’s founding Judeo-Christian principles, I want to congratulate Judge Barrett for her nomination to the Supreme Court. President Trump has picked a stellar candidate with a proven track record to uphold God-given unalienable rights as protected in our Constitution, including freedom of religion, the right to live out one’s faith in the public square, and sanctity of human life. We need justices who are committed to judging according to the original intent of the drafters of our Constitution, instead of picking and choosing which constitutional rights matter and which ones don't. With Judge Barrett, the Supreme Court will gain another justice who is devoted to preserving the spirit of the Constitution and the inalienable rights enshrined in it.

"Yet Amy Coney Barrett’s nomination stresses the importance of not only the upcoming presidential election but also the election of Senators who will also protect and preserve our Constitution. Every single Christian in America must understand that their faith matters, and their vote matters; it has something essential to contribute in these elections.”

Mike Huckabee, honorary national chairman of My Faith Votes:
“President Trump has made the right choice in selecting Judge Amy Coney Barrett as the next Supreme Court justice. Judge Barrett has a proven record as a jurist who judges according to what the Constitution says, not according to opinion or preference. Our Founders intended for the Supreme Court to have a simple job: to rule on whether laws passed by the people’s representatives and signed by their elected president were constitutional.

"Unfortunately, through judicial activism, we have allowed nine unelected judges who serve for life to become the equivalent of a monarchy, dictating laws from the bench, finding things in the Constitution that aren’t there and ignoring things that plainly are, and substituting their personal beliefs for the Constitution and the wishes of the people. Thankfully, President Trump has been correcting course, first appointing Justice Neil Gorsuch and then Justice Brett Kavanaugh to the bench. With the addition of this new justice, the future of our court, and of American jurisprudence, is in good hands.”

Rev. Johnnie Moore:
“President Trump has selected the perfect candidate for the most important judicial seat in a generation, or more. When the Senate confirms Judge Barrett it will represent a sea change on the Supreme Court, giving conservatives a supermajority.

"Senator Feinstein’s bigoted attack on Amy Coney Barrett during her previous confirmation hearing was exhibit A as to why this appointment is so consequential. It also demonstrates clearly all that is at stake on November 3.”

Jentezen Franklin, senior pastor of Free Chapel:
“Amy Coney Barrett has proven to be a principled and fair-minded judge, and she doesn’t legislate from the bench. Every American can rest assured their right to life and liberty will remain a top priority in the eyes of Judge Barrett. I commend President Trump for picking this qualified, intelligent, and compassionate woman as his nominee. Well done.”

James Dobson, founder, and president of the Dr. James Dobson Family Institute:
“This is a significant moment in history. The judicial branch is at a crossroads, as our judges face ever-increasing pressure to make law rather than interpret law. Too often they have succumbed to that pressure, functioning as super-legislators rather than neutral arbiters.

“We need judges who will understand and embrace their constitutionally-prescribed role. Amy Coney Barrett is considered by many to be such an individual. I pray that our elected officials in the Senate act swiftly and responsibly to give Judge Barrett a fair hearing and to vote based on her merits, not on her perceived politics or religious beliefs. They should remember that Article VI of our Constitution forbids any religious test on a nominee for public service.

“It is time for the judicial branch to resume its rightful place in our system of government. It should never again operate as an unchecked legislative branch, but rather as a faithful interpreter of our Constitution and laws. We the people deserve no less, and no more.”

Dr. Tim Clinton, president of the American Association of the Christian Counselors:
“President Trump has done it again. The Supreme Court serves as the ultimate layer of protection for our fundamental American freedoms. With Amy Coney Barrett giving the originalists a supermajority, millions of Americans can sleep easier.”

Jeff Hunt, director of The Centennial Institute at Colorado Christian University:
“Congratulations to Judge Barrett for the historic honor of being nominated to the Supreme Court. We believe she will make a phenomenal addition to the nation’s highest court. We appreciate President Trump’s openness in providing a list of proposed Supreme Court nominees for the public’s evaluation and wish each presidential candidate would do so to give the public a better sense of the judicial philosophy being promoted. We believe Judge Barrett will commit to interpret the law based on the original intent of the Constitution, a Strategic Priority of Colorado Christian University. It’s vitally important at this time for the nation’s highest court to be committed to the fundamental principles of separation of powers and interpreting law, rather than imposing other values onto the Constitution. We believe Amy Coney Barrett’s record of jurisprudence and originalism will ensure a historic bulwark against the present-day elements that threaten our fundamental freedoms.”