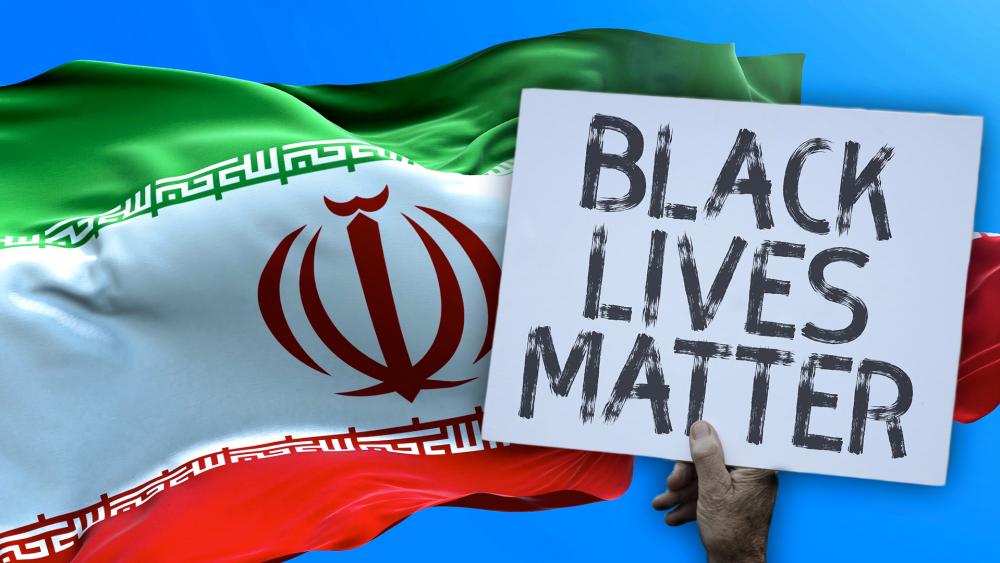 One group of apparent Black Lives Matter protesters in California seems to have moved on from calling for racial justice to now calling for the total destruction of America.

They took their protests up a notch recently by shouting a chant often heard only from totalitarians like the Islamic regime in Iran: "Death to America."

The Blaze.com reports hundreds of BLM protesters marched through the streets of Oakland on Aug. 26.  Many were dressed in black and were repeating the now all-too-familiar chant.

The video of the protesters marching and repeating "Death to America" was posted to Twitter on Sunday by journalist Andy Ngô. The video quickly went viral.

"Death to America" was chanted by the mob as they marched through Oakland, California starting fires and vandalizing businesses
pic.twitter.com/8JUAPPYSox

In his original post, Ngô wrote: "This wasn't widely reported. On Wednesday night, around 700 black bloc militants and their supporters rampaged through Oakland, Cal. They chanted 'death to America' while starting fires and smashing cars and buildings."

Then in an update posted Monday, the OPD announced that 24 arrests were made during the protests, including the fact that the majority of the people arrested were from out of town.

"The City of Oakland experienced large crowds during a 3 day period, Aug. 26, 28, & 29. The crowds were violent, destructive & displayed hostility towards our community members and police officers. 24 arrests, most non-Oakland residents. More information. https://bit.ly/2ESLjwG," the department tweeted along with four photos from that night.

Almost as if coordinated, a protester in Kenosha shouted "Death to America" and "Kill the Police" at roughly the same point in time last week.

An American flag was just burned outside the Kenosha County Courthouse. One woman screams, "Death to America!" and kicks the fence. pic.twitter.com/vI8U6EOGBv

The "Death to America" chant was first heard in Iran more than 41 years ago following the 1979 Iranian Revolution that brought Ayatollah Ruhollah Khomeini to power, throwing off the rule of Shah Mohammad Reza Pahlavi and making the country an Islamic republic.

Back in June, following the death of George Floyd, Iran's lawmakers repeated the chant in an alleged show of support of protesters in the US, according to the Times of Israel.

Phil Shiver, writing for TheBlaze.com noted the chant's use by BLM protesters is a sign.

"Its use by Black Lives Matter protesters is a sign that such a sentiment is also growing among leftists in America, who likely take their cues from progressive politicians who desire the toppling of American institutions."

"The fact that the majority of those arrested in Oakland were not residents of the city suggests that recent violence in some American cities is not entirely the result of local unrest. It is more likely that rioters and agitators are taking advantage of bubbling unrest to accomplish their own goals," Silver added.

On Monday, The Hill reported most of the people who were arrested in Kenosha, Wisconsin during protests there lived in other places, according to the Kenosha Police Department.

Of the 175 arrests, 102 listed addresses from outside of Kenosha, police said. Arrest numbers include people from 44 different cities, police said.