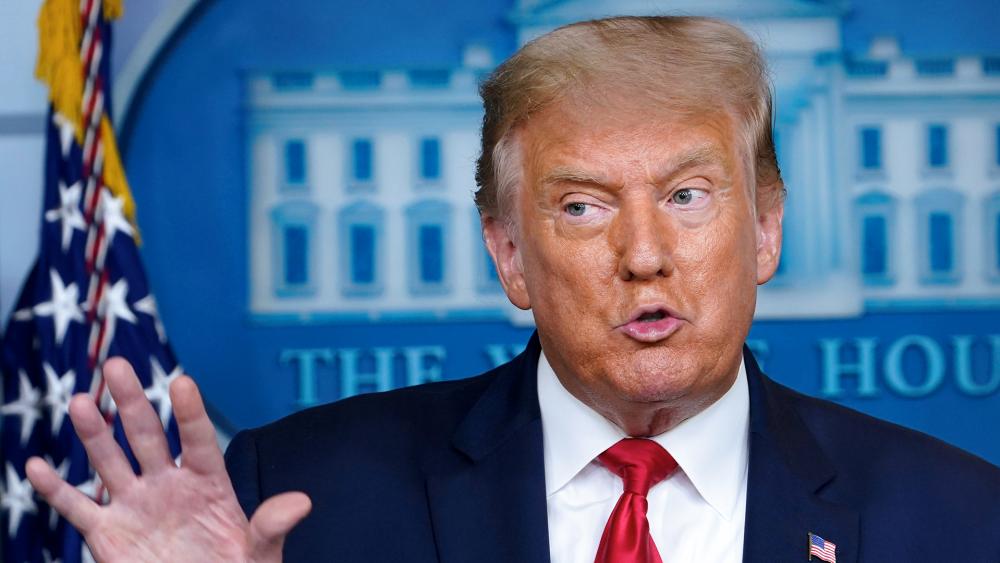 President Trump is dismissing a report by The New York Times that claims he paid no federal taxes in 10 of the past 15 years.

Trump told reporters, "Totally fake news. No, actually, I paid tax, but - and you'll see that as soon as my tax returns - it's under audit."

Trump has never released his tax returns, citing a dispute with the IRS since 2010 over a $72.9 million tax refund he received for taxes paid between 2005 and 2008.

The New York Times says it has obtained two decades of tax returns for the president and his businesses, but it hasn't revealed the documents to anyone.

The paper claims President Trump paid just $750 in federal income taxes the year he ran for president and in his first year in the White House.

Democrats pounced on the report, with Senate Minority Leader Chuck Schumer tweeting, "Raise your hand if you paid more in federal income tax than President Trump."

A White House reporter asked Trump about the Times' story, "You have to understand that Americans read that you may have paid only a few hundred dollars in federal income tax per year, that seems very low for someone who is a billionaire."

Trump responded, "It will all be revealed, it's going to come out they are doing the assessment, we've been negotiating for a long time."

A lawyer for the Trump Organization, Alan Garten, reportedly told the Times that "most, if not all, of the facts (in the story) appears to be inaccurate, " and that Trump "has paid tens of millions of dollars in personal taxes to the federal government...since announcing his candidacy in 2015."

The Times story comes out just as President Trump and former Vice President Joe Biden are set to face off in their first presidential debate in Cleveland on Tuesday night.