'You Should Be Scared of It': One Man Recounts His Glimpse of the Horrors of Hell 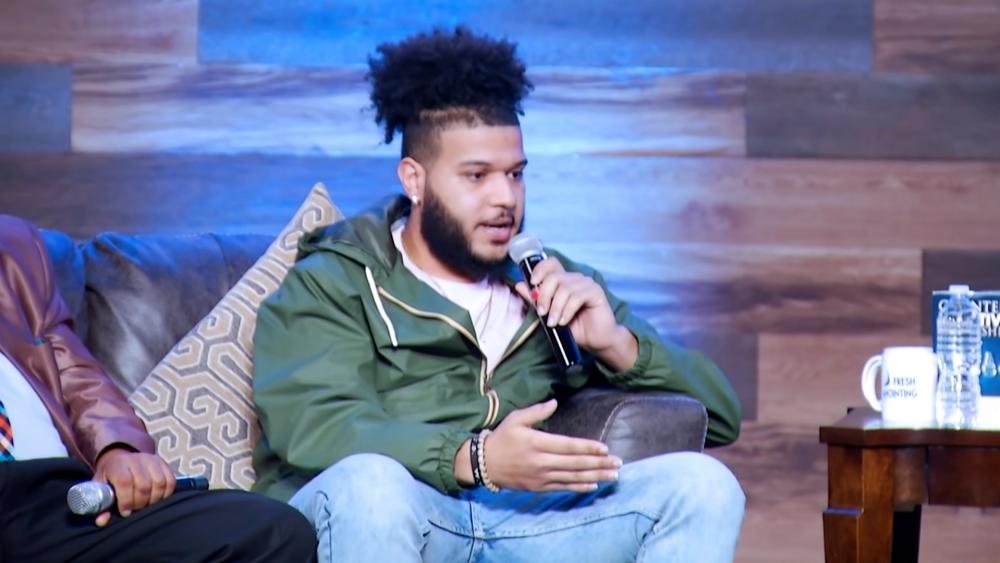 For Josh Miles coming down with the flu turned into a life-changing experience. He was sick with a 106-degree fever. His dad was so concerned with his declining health that he took him to the local ER, but on the way there his soul left his body and he told CBN's Prayer Link that he "went straight to hell".

"The torture is at a level you cannot comprehend," Josh described. "It's a hard thing for sure, especially if you are going to be there for eternity."

During a Q & A session at the Fresh Anointing House of Worship in Montgomery, AL, the 25-year-old, said his soul left his body and immediately plunged into hell.

"You feel so much heat and so much torment," he told the Prayer Link. "You're feeling so much pain and regret and paranoia. I tell people imagine your worst day you can ever have and its multiplied ten-fold, even a 1000-fold when you're in hell. You should be scared of it."

Josh said it was extremely hard to breathe and he knew that he was with millions of people along with demons.

"People think that God sends people to hell," he shared. "We choose our road. God gave us a will for a reason, to choose our own path of life. And if you choose Him that's where you [won't] end up, if you choose any other way, then hell is where you end up."

"There's millions of people in Hell," he said. "It's millions upon millions and everybody is standing on these shelves of rock. Everybody is screaming out and in turmoil and its crazy because you are in pain and turmoil yourself but to see other people go through that kind of turmoil hurts even more."

Josh said he remembered everything he did on earth, even the secrets he kept.

"And you actually have a hunger and a thirst for God, Himself, because you know you didn't make it," he said. "You're just begging Him to come get you but you already know its too late and that makes it even more painful...but you don't have a choice anymore because you are there.

But the young man's story does not end there.

His father, Willie Miles, who was driving him to the hospital during this encounter, said God instructed him to pray in tongues and to rebuke the enemy.

The elder Miles believes that was part of the reason things began to turn around for his son.

"You see, Josh was only in hell for a few minutes. During his encounter, he was suddenly transported to heaven, where he stood before God's throne," he said.

"It was the most blissful thing you can honestly ever think of," Josh noted. "Everything that positive on this earth put it all in one day and yet it does not compare to heaven. It is a blissful state. It feels amazing...everything in you is satisfied."

Josh said the presence of God was more powerful than you can imagine.

"His presence is strong here because we pray, we lay hands upon people, but to be around the source of that, to be that close to proximity is a feeling that is so hard to put into words," he explained.

When asked why he was able to have this experience Josh said because God wants to send a powerful message to people.

"You can go to church every day and still go to Hell. People have to understand that you really have to walk this life out," Josh continued. "I think the Heaven and Hell perspective is to give people the full spectrum of how important it is to really walk with God because I don't think people quite understand that if you don't choose God, Hell is a place where you really don't want to end up.

He said that although he experienced heaven last, it was still an honor.

"It was like God was saying 'I am going to give you a glimpse of me. The most potent and purest form of me that I can before you go back'," he explained.

"I am more than honored that I was able to go through that and give people the perspective of both ends of where you can end up to live with him and if you don't choose him, where you can also end up.