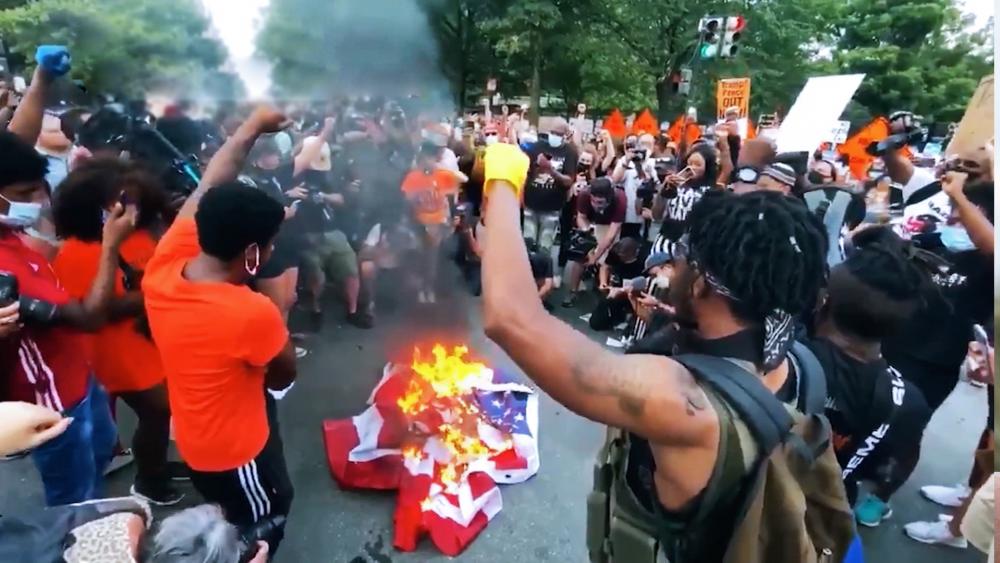 Former Wisconsin Governor Scott Walker has a history of swimming upstream, politically speaking. First, as a conservative in Wisconsin. And now he's taking on the growing "Cancel Culture" in an effort to reach today's students.

Walker warns parents and others in a Young America's Foundation video called "The Long Game," that many on the left are trying to teach our young people to hate America.

"America is under siege. We see it on our campuses and in our culture," Walker says.

That's why Walker was anxious to lead Young America's Foundation, a group backed long ago by the likes of William F. Buckley, Jr. and Ronald Reagan.

"I felt now more than ever we needed to win not just the battle of the day, but the war for the heart and soul of this great republic," Walker told CBN News.

With a dedication to individual liberties, free enterprise, and traditional values, the Foundation has what Walker calls a "long game" to defeat attempts to turn America's young against their country.

"You see this with the 1619 Project. You see this with a lot of the Marxist attitudes and others. They're pitting one group of Americans vs. the other," Walker said. "And they're telling our young people that there's something fundamentally wrong with America."

How can people and organizations pushing Marxist ideas be winning in the land of the free? By controlling what young people hear and even what they can say.

"This total Cancel Culture, this lack of free speech and the ability to speak out and express their opinions," Walker said.

It even includes an element of pushing vulnerable kids to question and dislike themselves.

"You can't just disagree and debate the issues," he said. "If someone doesn't fully agree with their Leftist dogma – that they're racist or sexist or transphobic or whatever the word might be – that there's no respect for people that have differing viewpoints."

Walker points to studies showing how some 80% of the students who don't agree still feel compelled to speak in favor of the far Left.

"If they don't buy into the radical dogma, they'll be written up. It'll be in their permanent record. You see this time and time and time again," Walker explained.

Numbers, however, show that young victims of propaganda can be turned, For instance, a Young America's Foundation poll shows 69% of students would back a $15 minimum wage. After they learn it would kill more than a million jobs, that support drops to 52%.

"When we start to tell them a conservative point of view, that makes them understand the things they're hearing in many cases aren't fair or they're not right, they're not just, they tend to gravitate more towards our point of view. Which is exactly why the Left wants to cancel out any conservative thought and discussion in the first place."

The Foundation's "Long Game" strategy includes getting their group active on all of America's some 4,000 college campuses, expanding their conservative influence into middle schools as well as high schools, sponsoring one million students to attend YAF programs, and creating a network for conservative professors and teachers.

"They claim they're for free speech, but we had conservative students there we were working with trying to bring in some conservative speakers. They put up a barrier that said you couldn't have it – the event – after 3:00 p.m. You couldn't advertise. The security costs were three times what they charged Left-leaning groups to bring in a Supreme Court justice," Walker said.

"If we can win at UC Berkeley, we can win anywhere in America, and we will," Walker promised. "The Constitution's on our side, and we're going to invoke it in every state, every campus, every place we need to."

Walker knows it's often hard to get conservatives deeply involved with battles over politics and power. But he says they need to be fighting back.

"If we want to be able to support and pass on to our children and our family the kind of America we inherited from our parents and grandparents, we have to do more," he said.