DR. MICHAEL YOUSSEF: Jesus Didn't Make the Gospel More Comfortable and Neither Should We 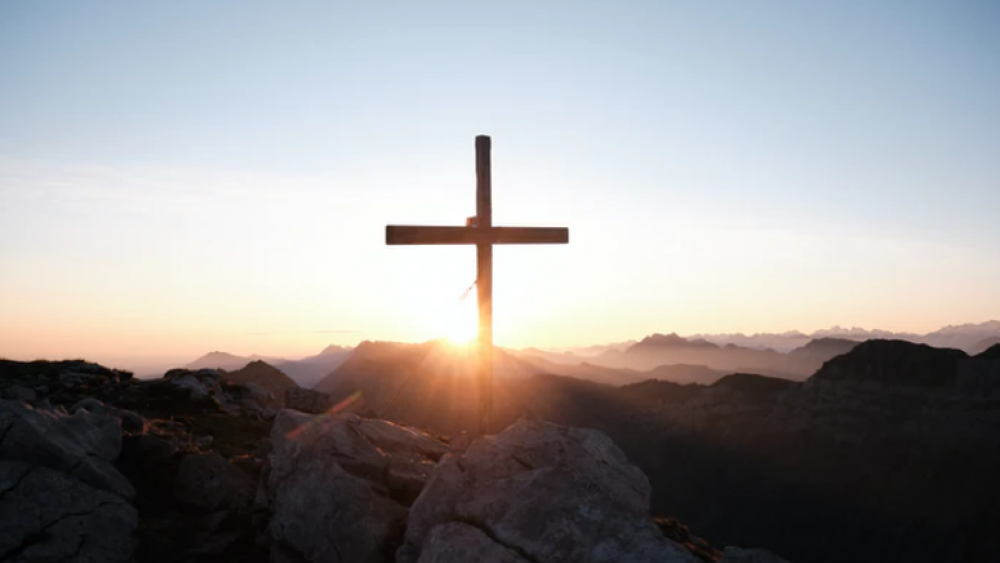 A few years ago, I watched a televised debate between a prominent atheist and a well-known Christian leader. As they talked, I became increasingly alarmed as the Christian leader compromised the claims of Jesus Christ, one by one. He seemed to be trying to win the approval of the atheist—and the studio audience—by watering down the Gospel. It was embarrassing. The further this Christian leader retreated from a bold assertion of God’s truth, the more the audience booed and heckled him.

We call the Gospel of Jesus Christ “the good news.” But today’s post-Christian world does not view the Gospel as good news. Our message of salvation through faith in Jesus Christ is not popular in today’s world. Unfortunately, some Christians try to make Jesus more popular by compromising the truth. You cannot convert the world with a weak and compromised Gospel.

The message of the kingdom of God won’t win any popularity contests. But it is the truth, and we need the courage to defend God’s truth boldly and without compromise. We must stop chasing after the approval of this fallen world. Jesus never compromised the truth to win people over. He never soft-pedaled His message. Whenever Jesus introduced the Gospel, He always led with the high cost of being His follower. He always presented the Gospel in strong, even confrontational terms.

He said that being a Christian demanded a radically different way of relating to other people, including our enemies: “But I tell you, love your enemies and pray for those who persecute you” (Matt. 5:44).

Instead of offering promises of endless health and wealth and a Cadillac in the driveway, Jesus promised His followers a life of hardship and servanthood. “Then Jesus said to his disciples, ‘Whoever wants to be my disciple must deny themselves and take up their cross and follow me’” (Matt. 16:24).

Jesus didn’t “sell” the Gospel as if it were merchandise. He violated every rule of good salesmanship. When a man named Nicodemus came to Jesus by night, it was Nicodemus who sounded like a salesman. He approached Jesus with flattery and compliments, a technique straight out of Salesmanship 101: “Rabbi, we know that you are a teacher who has come from God. For no one could perform the signs you are doing if God were not with him” (John 3:2).

Jesus ignored this attempt at flattery and went straight to the heart of the matter, telling Nicodemus that if he wanted to see the kingdom of God, he had to be born again. He boldly and forcefully told Nicodemus the uncompromised truth.

Nicodemus was a member of the elite Pharisee sect, who considered themselves righteous because of all the rituals and rules they kept. Jesus knew He had to penetrate this smug, self-satisfied mindset. His response to Nicodemus was blunt and even shocking: “You must be born again.” In other words, following Christ is not just a matter of believing the right doctrines, attending a particular church, or becoming more religious. It involves a complete spiritual transformation. (See John 3:1–24.)

Nicodemus didn’t become a follower of Jesus that night. But Jesus had given him a lot to think about—and Nicodemus gave it a lot of thought.

In John 7, Nicodemus makes a second appearance in John’s Gospel. There, the religious leaders gathered to plot against Jesus. Though Nicodemus was not yet a follower of Jesus, he had become sympathetic to Jesus. When his fellow Pharisees wanted to condemn Jesus to death without a trial, Nicodemus courageously spoke up: “Does our law condemn a man without first hearing him to find out what he has been doing?” (John 7:51).

The other religious leaders sneered at Nicodemus, saying: “Are you from Galilee, too? Look into it, and you will find that a prophet does not come out of Galilee” (John 7:52).

After the crucifixion of Jesus, Nicodemus made a third appearance in the Gospel of John. He went with Joseph of Arimathea, a wealthy nobleman, to claim the body of Jesus. Nicodemus brought with him a hundred pounds of spices to prepare the body for burial. By this action, he openly and courageously declared himself to be a disciple of Jesus.

Now, here’s an intriguing question: when was Nicodemus born again? His spiritual rebirth didn’t occur on the night that Jesus told him, “You must be born again.” And I don’t think Nicodemus was born again when he spoke up in the meeting of the religious leaders.

We don’t know the exact moment of conversion experience of Nicodemus. It may be that Nicodemus was there at the foot of the cross during those awful hours of the crucifixion. Perhaps he remembered the words Jesus spoke to him during their late-night visit: “As Moses lifted up the snake in the wilderness, so the Son of Man must be lifted up, that everyone who believes may have eternal life in him” (John 3:14–15). It may be that he was born again right there at the foot of the cross.

One thing is clear: the bold, uncompromised Gospel that Jesus proclaimed accomplished its purpose. Nicodemus was transformed—born again. That’s the power of God’s truth, proclaimed without compromise or hesitation. It’s the power to transform lives—and transformed lives change societies and revive dying nations.

(Dr. Michael Youssef was born in Egypt and lived in Lebanon and Australia before coming to the United States and fulfilling a childhood dream of becoming an American citizen. He holds degrees from Moore College in Sydney, Australia, and Fuller Theological Seminary in California, with a Ph.D. in social anthropology from Emory University. He founded The Church of The Apostles which was the launching pad for Leading The Way’s international ministry. Dr. Youssef has authored more than 40 books, including popular titles like “Jesus, Jihad and Peace” and “Saving Christianity?” This article was excerpted from his new book, “Hope for This Present Crisis,” released on March 2, 2021.)