Pandemic Opens Door to Universal Basic Income Programs in the US 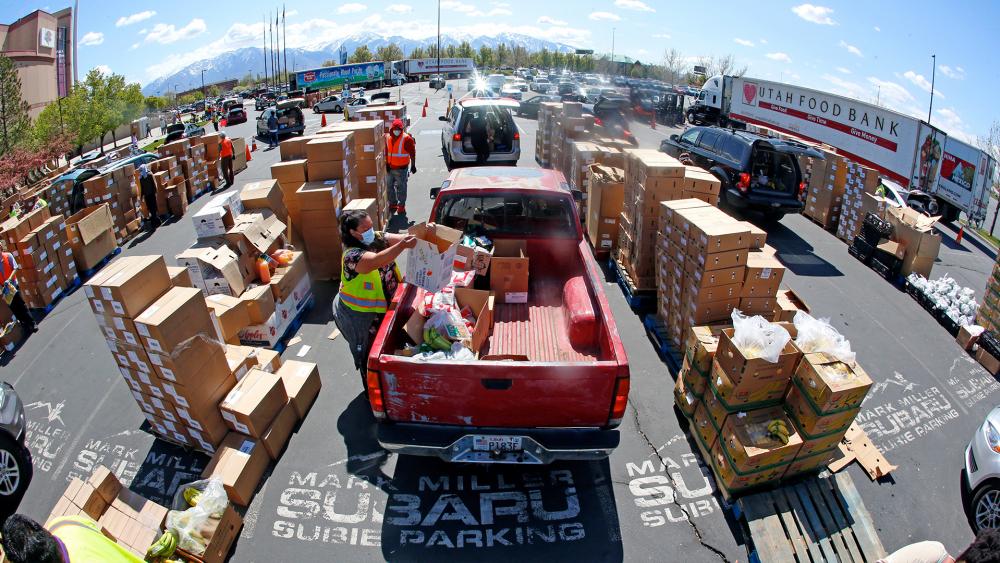 Cars line up for food at the Utah Food Bank's mobile food pantry at the Maverik Center, April 24, 2020, in West Valley City, Utah. As coronavirus concerns continue, the need for assistance has increased. (AP Photo/Rick Bowmer)
6249417527001
Pandemic Opens Door to Universal Basic Income Programs in the US

COVID's one-two-punch basically devastated the city of Chelsea, Massachusetts in terms of infection rates and unemployment.

"We have lots of undocumented workers here so many of them lost their hours, lost their jobs and they were not entitled to any kind of government assistance," City Manager, Tom Ambrosino, told CBN News.

The city tried running a food pantry but found it wasn't the most efficient way to help needy residents. Then, city leaders launched "Chelsea Eats," a guaranteed income pilot program.

Through a lottery, 2,074 low-income families were selected to receive a Visa debit card loaded with $200 to $400 a month, depending on the size of the family.

"It really is intended for food and necessities, but it is a basic income program. The card can be used anywhere that Visa is accepted in the entire world. There are no restrictions on the use of the money," explained Ambrosino.

Chelsea is not the first city to explore this kind of program. In fact, more than 25 mayors are all running similar pilots. They're part of a coalition called Mayors for a Guaranteed Income.

"We strongly believe that just because someone is poor does not mean they're irresponsible, and the data bears that out. 99 plus percent of the expenditures on these cards are for food and necessities. There's very little frivolous spending," said Ambrosino.

A two-year guaranteed income pilot program in Stockton, California became the catalyst for this current wave of city programs.

A study found the Stockton program led to a reduction of month-to-month income fluctuations, increased recipients' full-time employment, and decreased feelings of anxiety and depression.

Each of the current pilot programs is also under the microscope as researchers from places like Harvard and the University of Pennsylvania, try to determine if these experiments could ultimately lead to federal policy.

"To me, it's good that these efforts are going on, I think we need to be careful in evaluating them, and it's certainly better that those things happen on a small scale before we have a national policy that says, 'let's just do the Oakland model or the Stockton model,' or whatever across the country. We should take a look and see what actually happened and hopefully over some period of years learn something about these things," said Matt Weidinger, a research fellow in poverty studies at the American Enterprise Institute.

Weidinger says a key question to ask for any basic income program is, who pays for it? The current programs, like Chelsea Eat's, have private donors. That wouldn't be the case, however, if this becomes national policy.

Arnold believes some federal guaranteed income programs could be economically feasible if they were to replace one or more of the welfare programs already in place.

"Removing some programs that have improper payment rates of 25-30 percent, that simply aren't functioning like they ought to be, removing programs that have things like marriage penalties that hold people back from trying to get wed like a lot of Americans would like to, those programs need to be re-evaluated, reformed and improved, and perhaps replaced with something like a Universal Benefit program that pertains only to people that are in need of it," Arnold told CBN News.

Weidinger and Arnold stress that the key is focusing on people who need financial assistance; which isn't what they're seeing from Washington.

Under the banner of "pandemic relief," Democrats have launched an experiment of their own: providing universal checks to parents. This type of initiative is known as Universal Basic Income.

"Universal Basic Income is essentially a program where the government is providing a basic level of income to each and every citizen in the country," Arnold explained.

As part of the latest COVID stimulus, this is promoted as a new child tax credit with checks going to parents of kids over the age of 18.

"It is a guaranteed check regardless of whether parents are working or not and that's quite different from the make work pay system that has evolved over the past generation or so," said Weidinger.

While this new benefit is only covered for a year, the White House and congressional Democrats want the policy to be made permanent. Weidinger says once Universal Basic Income, or UBI, is made available for parents, everyone else will want a piece of the action.

"UBI for parents could easily be followed by UBI for childless adults and of course some policymakers have proposed far bigger payments per month than the $300 that's contemplated in this," he explained.

Some of those potential policymakers include Vice President Kamala Harris, who as a Senator, last year, introduced legislation calling for monthly "pandemic payments" of $2,000 for each adult and up to three children in a household.

"We're going to find ourselves, if some of these things are made permanent, with a much bigger federal government. It's going to be much more expensive, and right now we're kind of wishing away those long-term costs but those long-term costs are not inconsequential, they're certainly not unreal," Weidinger warned.

The idea of any sort of guaranteed income was once considered radical, but these new programs signal a potential shift in the way the US approaches alleviating poverty.