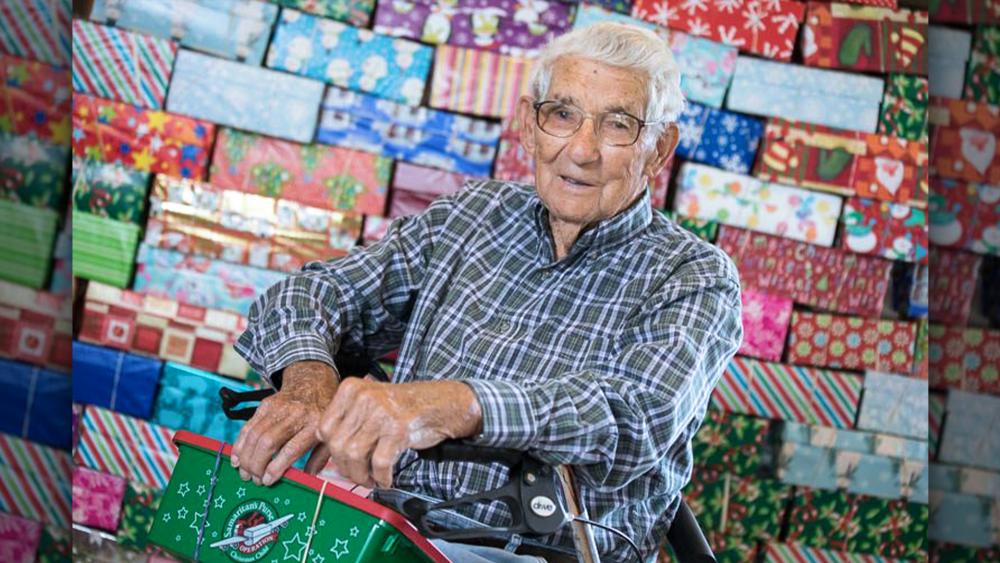 It may not be Christmastime anywhere in the world right now, but centenarian Ira Miller has Christmas in his heart all year round.

For years Miller has devoted his time to packing Christmas boxes for children through Operation Christmas Child. He started packing the shoeboxes at his small church in West Virginia. The congregation usually assembled 35 boxes a year, but in 2016, Miller packed 21 by himself.

Then in 2017, Miller was gearing up to celebrate his 100th birthday and the idea arose for him to pack 100 boxes in honor of his centennial.

Miller sees a shoebox gift as much more than a bunch of toys and school supplies. “I hope [the children] are blessed and realize that God looks after them and that there’s still hope for them," he said.

With the help of his daughter Debbie Welch, he packed 100 shoeboxes and showed no signs of stopping after that.

"The Lord has blessed me and I still want to do something for the children who don't know the Lord," Miller shared. "I return all my thanks to Him."

On his 100th birthday, Miller and his family decided to keep track of how many shoeboxes he packed. By the time he turned 104-years-old on Jan. 27, he had reached 1,000 boxes, The Garrett County Republican reports.

"When Grandpa turned 100, he packed 100 shoeboxes for Operation Christmas Child. Since then, he has packed 1,000 shoeboxes. Yesterday was the day he packed his 1,000th."

"When Grandpa turned 100, he packed 100 shoeboxes for Operation Christmas Child. Since then, he has packed 1,000 shoeboxes. Yesterday was the day he packed his 1,000th." -Leah H.

Now, packing shoeboxes for Operation Christmas Child has become a family event for Miller, his grandchildren, and great-grandchildren.

Hansen and her three children have watched him pack and pray over the shoeboxes for years.

"My grandfather has a love for others and has put his heart into packing these shoeboxes…My children, through watching (him), are realizing that these aren't just toys, but each item has been prayed over and will hopefully help the child who receives it," Hansen said. 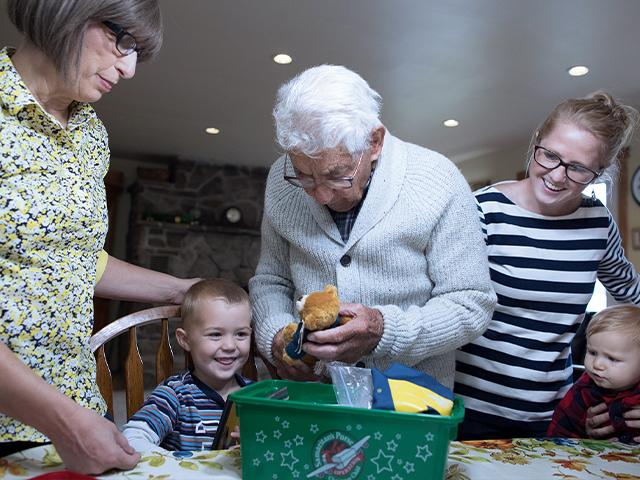 And the 1,000th shoebox contained items that represented Miller's life and the work he's done.

"There were tools since he had been a carpenter, two little John Deere tractors, a Bible, a set of Rook cards, West Virginia items, a cardinal (West Virginia's state bird), a small school bus and checkers, which he played as a child," Welch explained.

And Miller says he will continue to share the love and hope of Jesus Christ with children around the world as long as he can.

"As long as I breathe, I'm going to do something," he said. "The Lord's blessed me so I'm just going to keep on trucking."

Interestingly, Miller attended a Billy Graham crusade event during the 1940s in Washington, D.C. He never expected to be packing shoeboxes for the ministry his son Franklin Graham leads 75 years later.