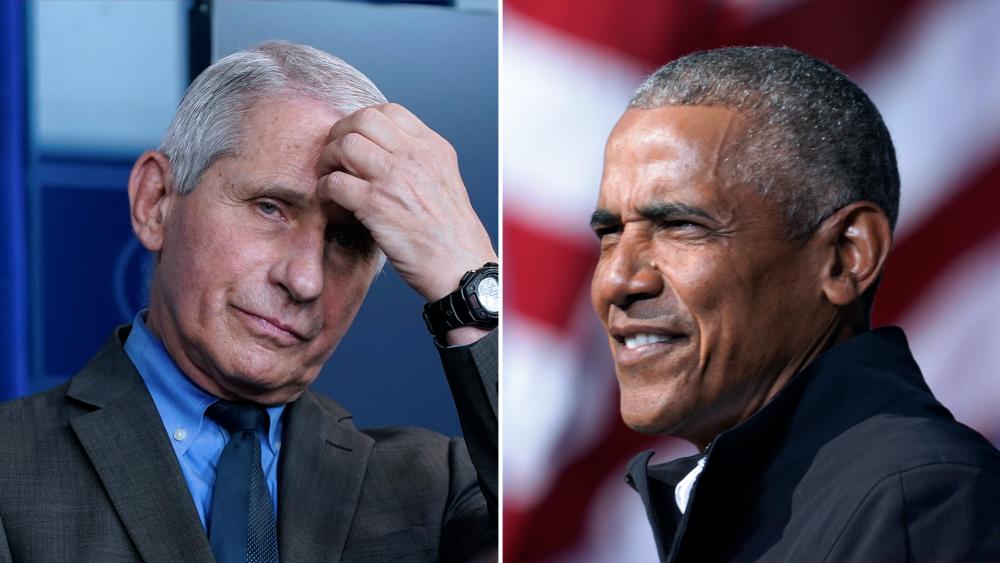 Initially, Obama was slated to celebrate his 60th birthday with upwards of 700 guests. The ex-president reportedly scaled it back to “only family and close friends” after receiving intense backlash.

Based on the looks of it, though, the party seemed very well attended.

Boston.com reported Sunday that several celebrities who were at the house for the celebration posted pictures and videos of themselves at the event before being asked to delete them.

In the lead-up to the party, Massachusetts Gov. Charlie Baker (R) said it was “not a good idea” for the former first family to host the party amid the spike in COVID-19 cases due to the so-called “Delta variant.”

Nevertheless, WBTS-TV reported there were “numerous Hollywood stars and other celebrities” in attendance Saturday evening. John Legend and Chrissy Teigen were among those who went to the gathering.

Erykah Badu dancing with President Obama tonight at his 60th birthday party. Everybody in Martha’s Vineyard this weekend! pic.twitter.com/qrgzWDaVte

Other celebrities who were at the very least spotted on Martha’s Vineyard on Saturday include Stephen Colbert, Kim Fields, and Don Cheadle.

New York Times correspondent Annie Karni faced some criticism from conservatives after she reiterated comments from those attending the party who said there’s no cause for concern because the event would be patronized only by a “sophisticated, vaccinated crowd.” But critics couldn't spot very many masks in the celebrity crowd:

A NYT reporter on CNN justifying Obama's huge maskless birthday bash because he only invited "a sophisticated, vaccinated crowd" is about as emblematic of liberal discourse as it gets.

What happened to all the concerns about vaccinated people passing Delta to the unvaccinated? https://t.co/9g8qGkYQEO

On the same weekend as the high-profile party, Fauci, director of the National Institute of Allergy and Infectious Diseases and President Joe Biden’s chief medical adviser, chastised bikers planning to attend the Sturgis Motorcycle Rally this week.

“It’s understandable that people want to do the kinds of things they want to do — they want their freedom to do that,” Fauci said. “But there comes a time when you’re dealing with a public health crisis that could involve you, your family, and everyone else, that something supersedes that need to do exactly what you want to do.”

“You’re gonna ultimately be able to do that in the future,” he claimed. “But let’s get this pandemic under control before we start acting like nothing is going on. I mean, something bad is is going on. We’ve gotta realize that.”

Dr. Fauci chastises those attending the Sturgis Motorcycle Rally: You’re going to get to do that in the future, but let's get this pandemic under control before we start acting like nothing is going on." pic.twitter.com/ifb6tVdMgg

Fauci, it should be noted, said nothing about Obama’s party. He has also been mum on the Lalapalooza music festival that took place in Chicago in late July.

EXCLUSIVE: The party continues! Barack Obama's 60th celebrations roll into their third day with a birthday brunch with Oprah in Martha's Vineyard https://t.co/MYaO7oxQWD

Rep. Jim Jordan pointed out ongoing hypocrisy on those who criticize conservative gatherings while saying little about progressive leaders and their events.

Just so we’re all clear.#COVID19 spreads at:

It doesn’t spread at: