'I Had Started Praying': Boy Lit on Fire by His Father Gets Adopted by Officer Who Arrived at Crime Scene 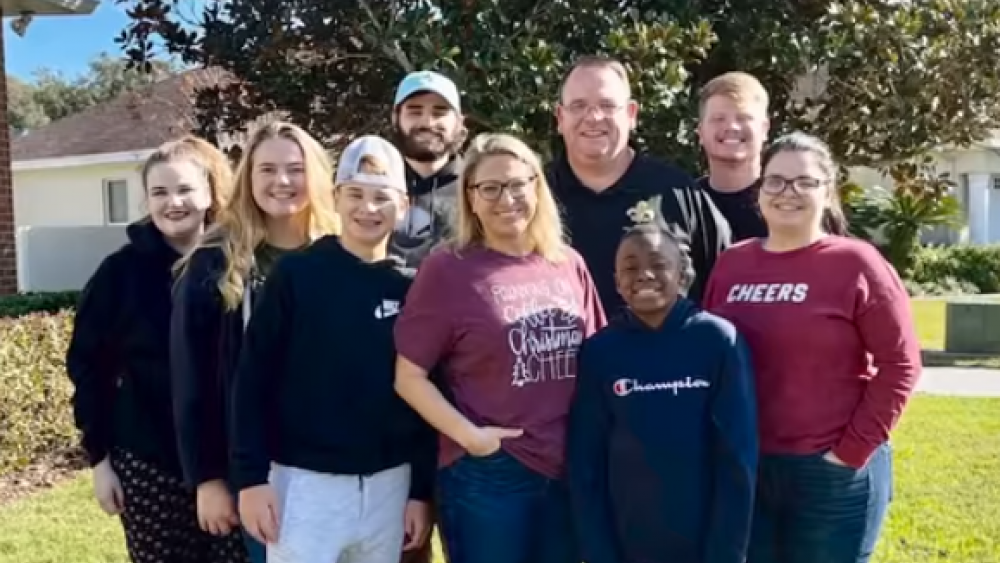 A Florida boy who was nearly killed by his own father in 2018 found a new home with one of the detectives who responded to the crime scene.

WKRC News reports that Corporal Mike Blair of the Hillsborough County Sheriff's Office went to a call where a man had killed his girlfriend and daughter. He also stabbed and lit his 8-year-old son on fire.

"We were told there was a child being medevacked to Tampa General, but he was not expected to live," said Blair.

The detective went to visit the boy named Ronnie in the hospital a few weeks later and the two quickly bonded. The boy even asked if Blair could stay and watch a movie.

Blair couldn't stay with Ronnie that night but knew there was a connection between the two of them.

He had already planned to have dinner with his wife, Danyel that evening, but asked if they could spend the evening with the young boy instead.

"I had already started praying that God would soften Michael's heart and say, 'Okay, yes, we have a place and Ronnie belongs home with us,'" said Danyel.

Even though they had six children of their own, the couple adopted Ronnie in 2019.

"I go to a different church, I have a different brother and sister, different mom and dad, different house, but it's pretty cool to be with them," Ronnie said. "They are really nice people. They are the best moms and dads, and they really take care of me. There is no one else better than them."

But he will never forget about his mother and sister.

"She was just a good mom. We did like a lot of things together. She was nice, pushed me on the swing, made me some good wings," he added. "My sister, she couldn't talk, but she could still move her head, so I learned sign language. She was very nice."

Blair said that while Ronnie is aware of his past, the now 12-year-old won't let that define his future.

"He knows he has a story that has been written for him," he explained. "But he also knows he doesn't want to be defined by that story."

And anytime Ronnie is sad about past events, he repeats a saying taught to him by Blair: "I am safe, I am loved, and I am part of this family."

Three years after that horrific night and with the murderer serving a life sentence in prison, the Blair family decided to share their story.