If Biden Won 'Fair and Square' Why Fear the Audits? 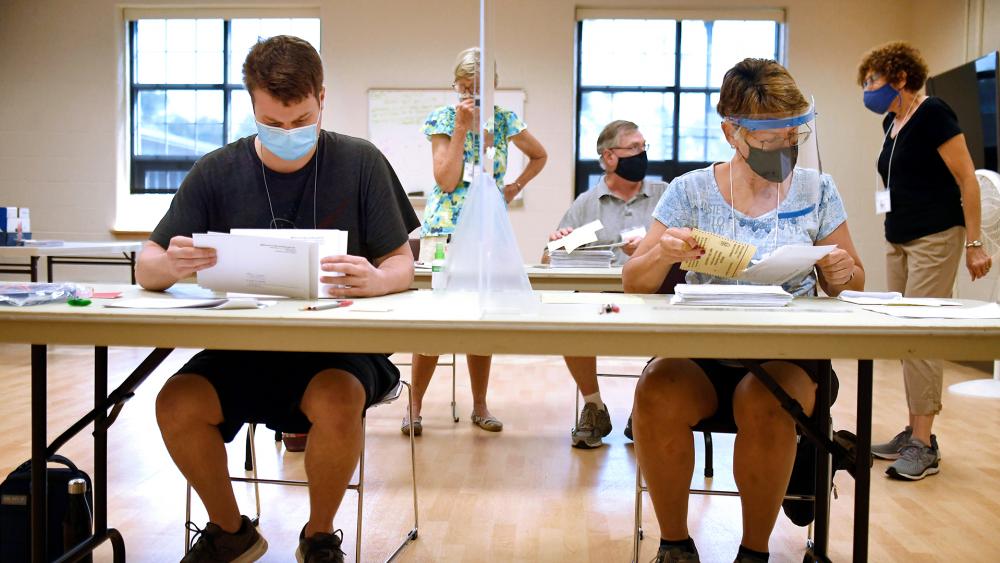 Watch mainstream media news reports about claims the 2020 election was stolen and you'll first be greeted with an on-screen banner that says such claims are "false," "bogus," or "the Big Lie."

Even the former head of cybersecurity for the federal government under Donald Trump, Christopher Krebs, says 2020 was the most secure election in US history.

Krebs, who was eventually fired by Trump, told the Rachel Maddow Show "What's really developed are two separate realities. It's the one we live in which is based on truth and trust, and the other is based on whatever the former president says."

But a recent Rasmussen poll shows almost one in three American voters (32%) now think the election was stolen.  If Joe Biden did win fair and square, it was one of the strangest and most improbable victories in presidential election history, one that went opposite to trusted election metrics that go back decades.

There's a saying that "Where's there's smoke, there's fire."  And when it comes to claims that something was seriously amiss with the 2020 election results, there certainly seems to be a lot of smoke.

For starters, thousands of sworn affidavits alleging election fraud or irregularities, given under penalty of perjury.

New Mexico State University Law professor David Clements, a former assistant district attorney on the southern border, says the evidence of wrongdoing in the 2020 elections is far stronger than the drug cases he prosecuted.

"I've never had a case with this much evidence, with this degree of quality to the evidence in my entire career," Clements said.

Clements is assisting a volunteer army of thousands of concerned Americans meeting on the app Telegram under the name America First Audit, building the case for election fraud under the leadership of General Michael Flynn.

Another leader of the group, former Army captain Seth Keshel, an elections expert who correctly picked all 50 states in the 2016 election, says he's uncovered at least 8-million excess votes for Joe Biden; votes that should not exist.

"It's easiest to find in states that track voters registered voters by party," Kehsel said, "You can see the trend line where Biden's projected vote total should wind up. I estimate generously for Biden and you still wind up with a total that's beyond logic."

Statistics That Point to a Trump Victory

Whether or not Trump actually won those states, we do know that Trump carried 18 of 19 bellwether counties which have correctly predicted the winner of every presidential election since 1980, and yet somehow Trump lost.

CBN News Election Analyst John Waage says, "These are the counties we look at. I've been analyzing these things for 40 years. And we look at these counties that have voted for the rightful winner, every election."

But Keshel says the most startling thing to him from the election was that Trump won Florida, but not Pennsylvania and Michigan. The 3 states have trended together since 1932.

"88 years in a row, so in 22 consecutive elections Florida, Pennsylvania, and Michigan trend together. And then this year is the one where they no longer trend together," Keshel said.

Trump won Florida, but not Pennsylvania and Michigan.

VO Other indicators that showed Trump should have won: his overwhelming strength in the primaries.

"Trump was not a weak incumbent, regardless of what the media puts out there. Trump had one of the highest shares of primary vote ever…94%, " Keshel said.

Another indicator for a Trump victory was his gaining a record 11 million more votes in 2020 than he did in 2016.

CBN's Waage says, "From my perspective as an analyst, things have never added up about this election.  I don't understand how a candidate campaigning from his basement as Joe Biden did exceeds by far the vote totals of his predecessor, Barack Obama. That doesn't make any sense."

The Fight Over Audits

Election audits have been underway or are being fought over in at least 6 states: Georgia, New Hampshire, Pennsylvania, Michigan Wisconsin and Arizona.

And officials from other states have shown interest in audits.

The audit fight in Maricopa County, Arizona has led to a new investigation of the county by the state's Republican Attorney General, even as the audit has been blasted by the state's Democratic Secretary of State, who calls it a "sham."

Katie Hobbs told ABC, "It's doing a lot of harm, not just to elections here in Arizona, and there are election officials across the country watching what's going on here with a lot of concern because they are honestly writing a playbook because they want to do this in other states."

An audit is also underway in Fulton County, Georgia, the home of Atlanta and reportedly so rife with corruption that Republican state lawmakers may attempt to take over the county election board.

'My Pillow' Inventor Mike Lindell is a 'Threat to the Nation?'

One of the leaders of the movement to uncover election fraud, My Pillow founder Mike Lindell, presented his evidence at a cyber symposium this week and offered $5 million to anyone who could prove his evidence of a stolen election was wrong.

Some in the media have now decided the inventor of the My Pillow is a "threat to the nation."

Democrats Said it Too: Our Election Process Is Not Secure

It is interesting to note who else has said our election process is not secure.

Democrats, and a lot of them, during congressional hearings after the 2016 election.

Rep. Ted Lieu (D-CA) said, "These voting machines can be hacked quite easily.

Sen. Amy Klobuchar (D-MN) said, "You could easily hack into them."

Rep. Val Demings (D-DE) said, "Even hackers with limits to prior knowledge, tools, and resources are able to breach voting machines in a matter of minutes."

Sen. Mark Warner (D-VA) said, "I know the hackathon that took place last year, where virtually every machine was broken into fairly quickly."

And then Sen. Kamala Harris (D-CA) said, "I actually held a demonstration for my colleagues here at the Capitol, where we brought in folks who, before our eyes, hacked election machines."

It's not clear how America's elections suddenly became so secure in 2020.

But if they really are secure and nothing was amiss in Joe Biden's victory, no one should fear an audit.