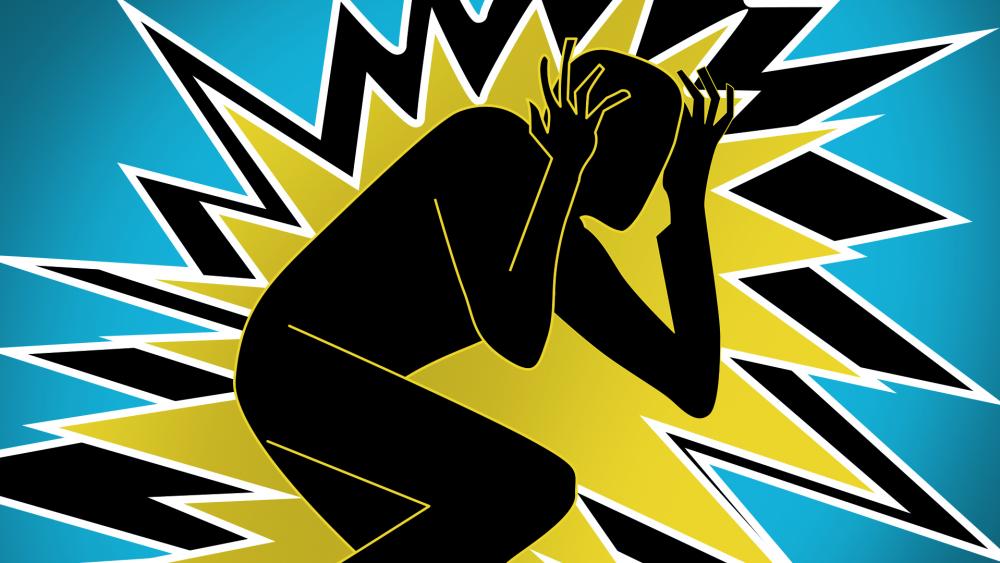 It was the early morning hours of December 5, 2017. Marc Polymeropoulos was in his room at the Marriott Hotel, close to the U.S. embassy in downtown Moscow when suddenly he started to feel very ill.

"I woke up with incredible vertigo, the room was spinning," Polymeropoulos described to CBN News "I had tinnitus, which is ringing of the ears. I was nauseous. I felt like I was going to be sick."

Polymeropoulos, a 26-year CIA veteran and decorated covert agent, spent most of his career hunting down Islamic terrorists in the Middle East, Europe, and Asia.

He'd been shot at, narrowly escaped rocket fire, and was often in the middle of many other extremely dangerous situations.

Nothing he says compares to what he experienced that day in Moscow.

"I've spent a lot of time in some very tough places in our war zones," Polymeropoulos recalled. "This was the most terrifying experience of my life. Something really, really bad happened to me that day."

In the months ahead, he would come to realize that he had suffered from a mysterious microwave radiation attack.

"It's a weapon that is silent, there is very little kind of signature of it, but it's designed to incapacitate, not to kill, and it's a pretty insidious type of warfare that we see being used against our personnel."

The first reported microwave attack happened in Cuba in 2016 and affected some two dozen American and Canadian diplomats. It has since come to be known as Havana Syndrome.

James Lin, one of the leading experts on the biological impact of microwave attacks, described to CBN News what happens when a pulse blast hits a person.

The University of Illinois expert says assembling and transporting such a weapon is easy.

"It's not going to be enormous in size, I think the size of it could be put inside a full-size car, a trunk, or in a van or an SUV," said Lin.

In the five years since that initial attack in Havana, some 200 American diplomats, intelligence, and military officers across multiple continents have been hit by these mysterious symptoms.

The Wall Street Journal reporting that in one recent attack in a European capital, a diplomat suffered a brain injury like those who had been exposed to shock waves from explosions.

Investigators are also looking into two attacks that may have occurred on US soil. One reportedly happened close to the White House.

Researchers with the National Academies of Sciences said many of the neurological symptoms were "consistent with the effects of directed, pulsed radiofrequency energy."

"At first we thought it was a fluke but now it looks like it's more premeditated," Rep. Michael McCaul (R-TX) told CBN News.

The CIA has tapped a veteran agent who helped track down Osama Bin Laden to find the source of the microwave attacks.

"I said in my confirmation hearing before this Senate that I would make this a very high priority to ensure that my colleagues get the care that they deserve and that we get to the bottom of what caused these incidents and who is responsible," said CIA director William Burns.

The CIA hasn't publicly said who it believes is behind the attacks, but Polymeropoulos has his suspicions.

"I think the conventional wisdom now, and it has taken some time to reach this conclusion, but within the intelligence community, certainly within the operational elements at CIA, is that the Russians are behind this," claimed Polymeropoulos.

Moscow has denied any involvement.

Meanwhile, Sen. Susan Collins (R-Maine), along with 14 other Republican and Democratic lawmakers, have introduced the Havana Act.

"Our bill will provide assistance to the employees of the intelligence community and other federal agencies who have suffered from traumatic brain injuries at the hands of our foreign adversaries," Sen. Collins said.

Polymeropoulos welcomes the financial and medical help and says what has happened to him and other American diplomats is an act of war.

His illness was so bad that it forced him to quit the CIA.

"It's still something that really incapacitated me, and I feel the effects to this day," said Polymeropoulos.

Retiring in 2019 and now writing about his experience, Polymeropoulos is the author of the new book, Clarity in Crisis where he emphasizes, among other leadership virtues, the importance of humility.

Something he says he learned about first-hand these past four years.

"I go down to our basement where I have all my intelligence medals and there are multiple copies of the front page of the New York Times based on operations that I run around the world that no one will ever know about," said Polymeropoulos. "That's when I was on top of the world and now, I have a headache that never goes away and some serious long-term effects so humility is a really good trait to have."