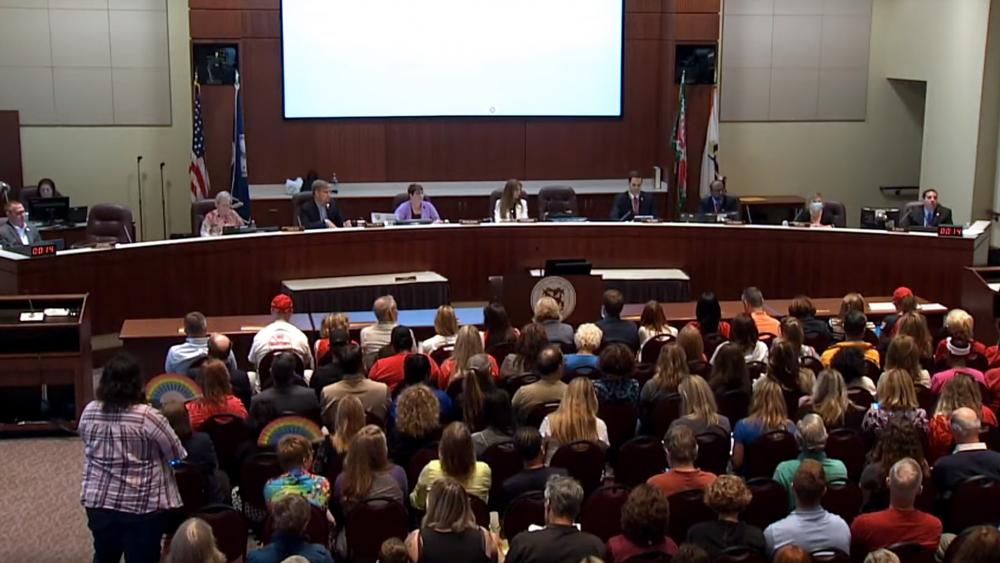 A Virginia teacher resigned Tuesday night during a school board meeting after stating that she has strongly opposed the "politicized agendas" that are being pushed on staff and students.

The Loudoun County School Board (LCSB) held a public hearing on policies regarding the treatment of transgender students and critical race theory in its first session since June when members of the audience angrily voiced their concerns and resulted in two arrests.

Laura Morris, who has been a teacher within the county for five years, gave an impassioned speech before the audience.

"This summer, I have struggled with the idea of returning to school knowing that I'll be working yet again with the school division but, despite its shining tech and flashy salary that promote political ideologies that do not square with who I am as a believer in Christ," Morris explained.

"Within the last year, I was told in one of my so-called equity trainings that White, Christian, able-bodied females currently have the power in our school and that 'this has to change.' Clearly, you've made your point. You no longer value me or many other teachers you've employed in this county," she continued.

"Since my contract outlines the power that you have over my employment in Loudoun County Public Schools, I thought it necessary to resign in front of you. School board, I quit. I quit your policies. I quit your training, and I quit being a cog in a machine that tells me to push highly politicized agendas on our most vulnerable constituents – children."

5th grade teacher Laura Morris took a stand and quit at the #loudouncounty school board meeting rather than continue to peddle the divisive agenda the board is pushing.

Too bad the woke authoritarians on the school board weren't the ones quitting.pic.twitter.com/tLySVJcCpJ

The school board also heard from dozens of parents and staff members during the meeting. Many spoke out against the board's transgender and critical race theory policy proposals.

Comments continued for several hours after the meeting's scheduled start time of 4:00 pm, leading the board to call for a recess. It will reconvene later Wednesday afternoon.

WATCH the meeting below:

A previous school board meeting held on June 22, attracted national attention over the angry outbursts from attendees who showed up to complain about the suggested policies.

The outrage was also fueled by the board's decision to appeal a court order to reinstate a teacher who spoke out against the suggested trans policy.

Bryon "Tanner" Cross, who teaches physical education, was put on paid administrative leave after telling the school board he won't address children by preferred pronouns because it violates his Christian beliefs.

Cross was also suspended for saying that he wouldn't "lie" by affirming to students "that a biological boy can be a girl and vice versa."

A judge issued a temporary injunction in June, stating that the teacher was exercising his right to free speech. Cross is back to work for now.

His temporary injunction will be in place until Dec. 31 unless a higher court decides to expand it.