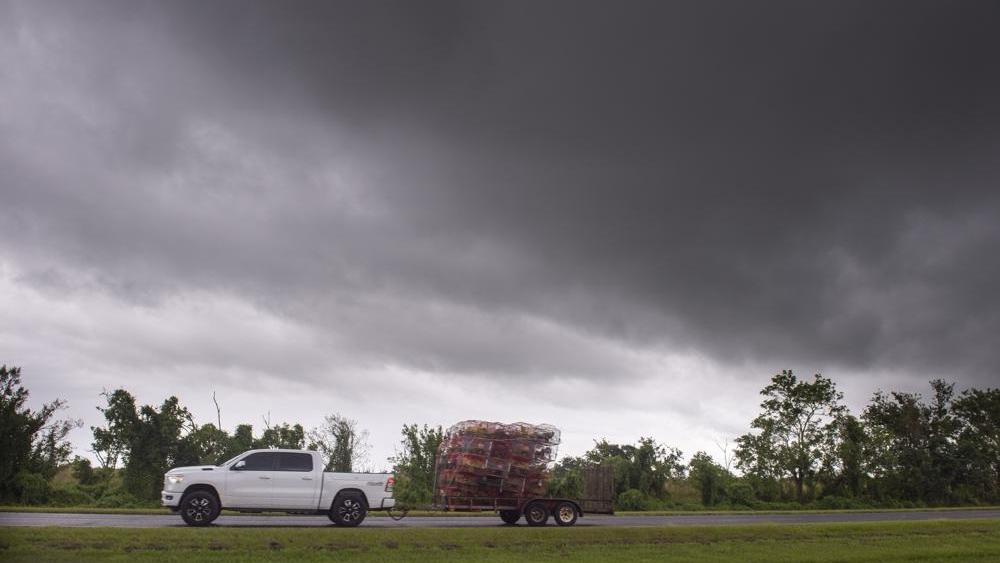 NEW ORLEANS (AP) — Hurricane Ida has strengthened to a Category 2 storm in the Gulf of Mexico as it approaches Louisiana.

Weather forecasters warned residents along Louisiana’s coast to rush preparations Saturday in anticipation of an intensifying Hurricane Ida, which is expected to bring winds as high as 140 mph (225 kph) when it slams ashore Sunday.

“If you plan to evacuate, do so now,” said a mid-morning advisory from the city.

Traffic was heavy on westbound routes out of town early Saturday and gas stations were busy.

Most gas stations in New Orleans and its suburbs were out of gas, and the few still open had lines more than a dozen cars deep and a wait time of nearly an hour.

Mike Laurent of Marrero, Louisiana, was filling up about a dozen gas canisters to fuel his generator and those belonging to friends and family. Laurent said he and his family will be riding out the storm at home despite concerns about the levee near his home being able to hold. It was reinforced after Hurricane Katrina in 2005.

“I don’t think it’s ever been tested like it’s going to be tested tomorrow or Monday,” he said. “I bought a dozen life jackets, just in case,” he said. “I hope I get to bring them back. I hope I don’t have to use them. But I’d rather have it and not need it than need it and not have it.”

The storm is expected to make landfall on the exact date Hurricane Katrina devastated a large swath of the Gulf Coast 16 years earlier. But whereas Katrina was a Category 3 when it made landfall southwest of New Orleans, Ida is expected to reach an extremely dangerous Category 4 hurricane, with top winds of 140 mph (225 kph) before making landfall likely west of New Orleans late Sunday.

“Today is it,” Jamie Rhome, acting deputy director of the U.S. National Hurricane Center in Miami, said Saturday. “If you’re in coastal Louisiana and Mississippi, you really, really have to get going because today is it in terms of protecting life and property.”

Ida intensified rapidly Friday from a tropical storm to a hurricane with top winds of 80 mph (128 kph) as it crossed western Cuba.

Late Saturday morning, Ida was centered 435 miles (710 kilometers) southeast of Houma, a city on Louisiana’s coast. It was traveling northwest at 16 mph (26 kph), forecasters said. It’s maximum sustained winds were 85 mph (140kph). The wind speed in the late morning forecast had not picked up from an earlier advisory from the National Hurricane Center, but forecasters still expected it to reach Category 4 strength before making landfall on the central Louisiana coast.

In New Orleans, city officials said residents need to be prepared for prolonged power outages, and asked elderly residents to consider evacuating. Collin Arnold, the city’s emergency management director, said the city could be under high winds for about 10 hours. Earlier Friday, Cantrell called for a mandatory evacuation for residents outside the city’s levee protections — a relatively small sliver of the city’s population.

Ida would be the latest test of New Orleans’ aging street drainage system. In a statement Friday, the city outlined steps it was taking to ensure that pumps were working and power sources to those pumps were ready. But the amount of rain could be enough to overwhelm even a fully functional system.

“We want to be clear, that with the amount of rain now forecasted, approximately 10 inches over the course of the event, it is likely that we will experience flooding,” the city said in a late Friday statement.

Some ordinarily bustling businesses were closed Saturday. One popular breakfast spot was locked up tight with sandbags against the door to guard against flash floods.

Even though it is smaller in size, Hurricane Ida “is going to do more damage to industries than Katrina did” because Ida’s projected track has it smacking the vital industrial corridor from New Orleans to Baton Rouge, said meteorologist Jeff Masters, who flew hurricane missions for the government and founded Weather Underground.

He said Ida is forecast to move through “the just absolute worst place for a hurricane.”

“It is forecast to track over the industrial corridor between Baton Rouge and New Orleans, which is one of the key infrastructure regions of the US, critical to the economy, there’s hundreds of major industry sites there, I mean petrochemical sites, three of the 15 largest ports in America a nuclear power plant,” Masters said. “You’re probably going to shut down the Mississippi River for barge traffic for multiple weeks. It’s gonna do a lot of damage to the infrastructure there.”

With the storm’s forward speed slowing down and the intensity picking up, the storm surge may overtop some levees that protect parts of New Orleans on the west bank of the Mississippi River, said Heath Jones, emergency manager of the Army Corps of Engineers’ New Orleans District. However, he said they are designed to be overtopped and have protections in place to prevent more damage. There does not appear to be any danger of storm surge coming over the levees that protect the city’s east bank, which makes up most of the city, he said.

Across the region, residents filled sandbags, got gasoline for cars and generators and stocked up on food. Capt. Ross Eichorn, a fishing guide on the coast about 70 miles (112 kilometers) southwest of New Orleans, said he fears warm Gulf waters will “make a monster” out of Ida.

“With a direct hit, ain’t no telling what’s going to be left — if anything,” Eichorn said.

A hurricane warning was issued for most of the Louisiana coast from Intracoastal City to the mouth of the Pearl River, including metropolitan New Orleans. A tropical storm warning was extended to the Alabama-Florida line.

President Joe Biden approved a federal emergency declaration for Louisiana ahead of the storm.

Additionally, the hurricane center said a new tropical depression formed early Saturday. It was centered 800 miles (1,285 kilometers) east of the Leeward Islands. It was expected to remain over the open Atlantic Ocean and posed no hazards to land. 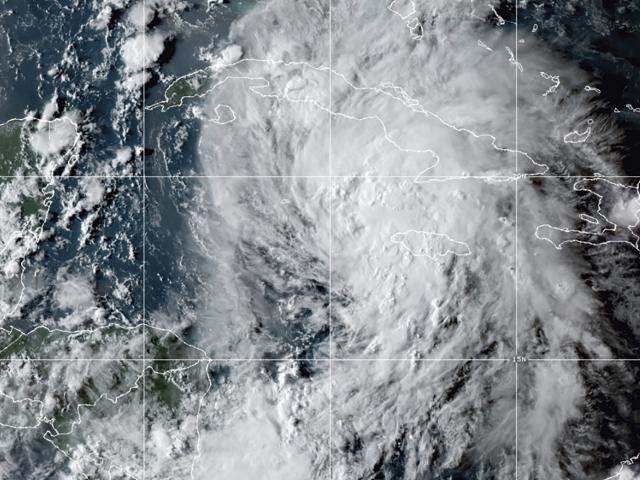