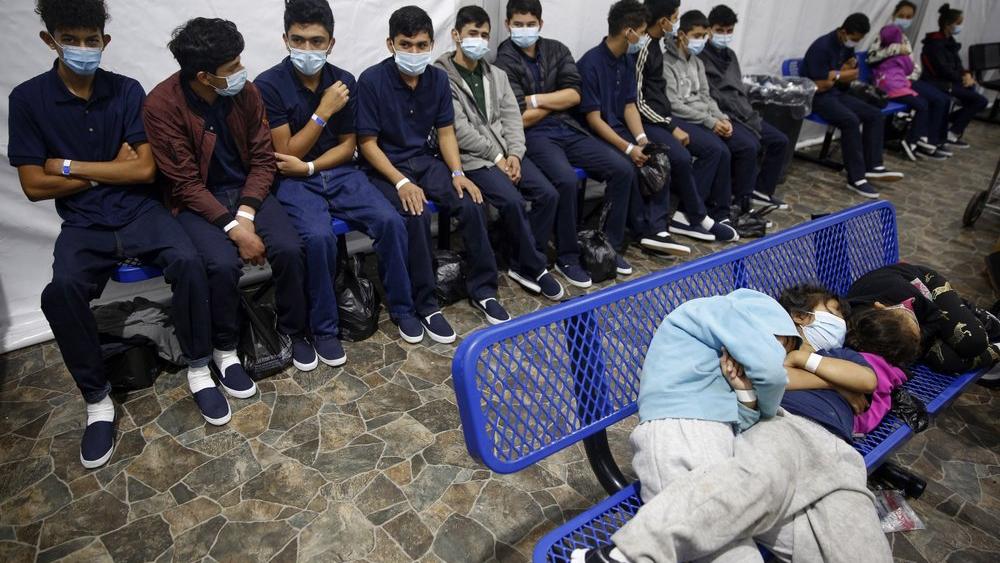 Fifteen hundred migrants, all of them COVID positive, flooded into McAllen, Texas, in just one week. But that's only the tip of the iceberg. Hundreds of thousands of them are landing in American communities day after day – the highest number in 21 years.

The numbers tell the story. Between June and July, there was a 13 percent increase in migrants crossing the border illegally.

Since President Biden took office, the numbers have gone up every month.

There are more and more calls now on his administration to act. In July alone, a record 210,000 migrants entered the U.S. along the border often with the help of smugglers. Many of those putting their feet on American soil for the first time are said to be infected with COVID-19.

Detention facilities are out of space and agents are overwhelmed.

"It's an issue I say we shouldn't have to be dealing with," said McAllen, Texas, Mayor Javier Villalobos.

The mayor said more than 7,000 COVID-positive migrants and counting have come across the border in just six months.

Across the entire southwest border, illegal crossings are at a 21-year high with swarms of people, including 19,000-plus unaccompanied children turning themselves in to agents in July.

Critics are sounding the alarm across the country, blaming Biden's border policies.

Day after day, hundreds of thousands of them landing in communities across the nation via planes, trains, and automobiles.

"People are dying and will die who don't have to die," said President Biden, when recently urging the American public to get a vaccination.

As the crisis worsens, even some on the left are calling on the President to impose order on an increasingly out-of-control migration, which is adding fuel to the pandemic fire.

"The Washington Post Editorial Board is as liberal as they come, probably the most liberal paper in the nation competing with the New York Times. They know that this is a politically toxic issue," said former White House Press Secretary Kayleigh McEnany.

Agencies on the border report as many as 1 in 5 migrants are showing up with COVID. The administration is reportedly preparing to help control it by offering them vaccines, paid for by U.S. taxpayers.