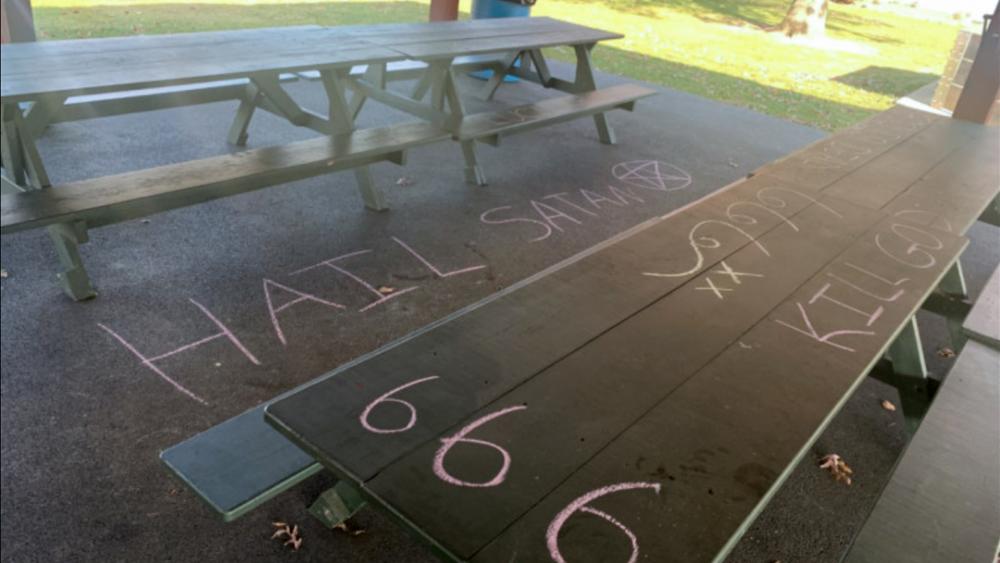 Lititz Church of the Brethren via Lititz Police

A church's property in Lancaster, PA was defaced by vandals who used chalk to write satanic messaging last Friday.

According to Lititz Borough Police Department, pavilion property and an exterior wall of The Lititz Church of the Brethren was chalked with messages like "666" and "kill God."

The chalk was removed and there was no damage to the property, police said in a statement.

Authorities are currently asking for any tips and leads regarding the incident. CBN News has reached out to Lititz Church of the Brethren for comment.

Meanwhile, a string of anti-Christian incidents has occurred at other churches in recent weeks.

In Washington, D.C., a vandal targeted the Basilica of the National Shrine of the Immaculate Conception, smashing the face of a statue with a hammer. Fox 5 reports the vandal also broke off the hands of the Our Lady of Fatima statue.

And vandals attacked three churches in DeLand, FL, in late November. Windows were smashed and statues were toppled at St. Peter's Catholic, Tomoka Christian Church, and DeLand Wesleyan Church. According to WKMG, the vandalism was limited to the outside property.

Pastor Benjamin Brown, Jr. told the outlet his church was preparing to celebrate a wedding anniversary when they discovered three windows were smashed. He has covered the holes with plastic bags.

When asked if he wanted the perpetrators to face charges he said he'd prefer to invite them to church. "Come find out what we're doing. We're here to serve here, we're here to help you," Brown said.

The U.S. Conference of Catholic Bishops reports more than 100 incidences of church vandalism, arson, and destruction on Catholic property nationwide since May 2020.

"These incidents of vandalism have ranged from the tragic to the obscene, from the transparent to the inexplicable. There remains much we do not know about this phenomenon, but at a minimum, they underscore that our society is in sore need of God's grace," the organization said in a statement in October. 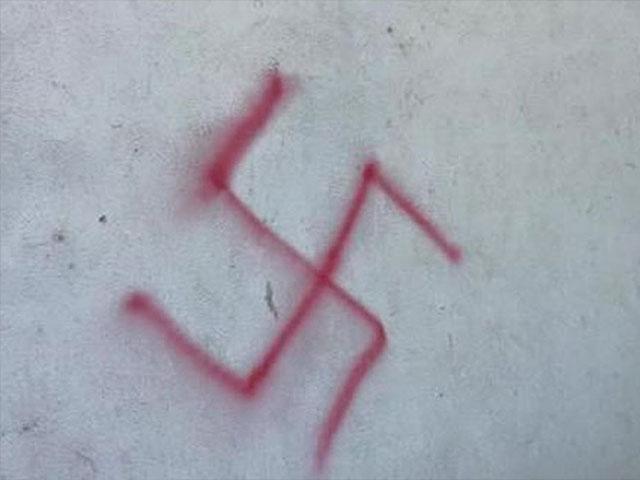