In Times of Deep Political Divide in D.C., One Ministry Dedicated to Bringing 'Hope to the Hill' 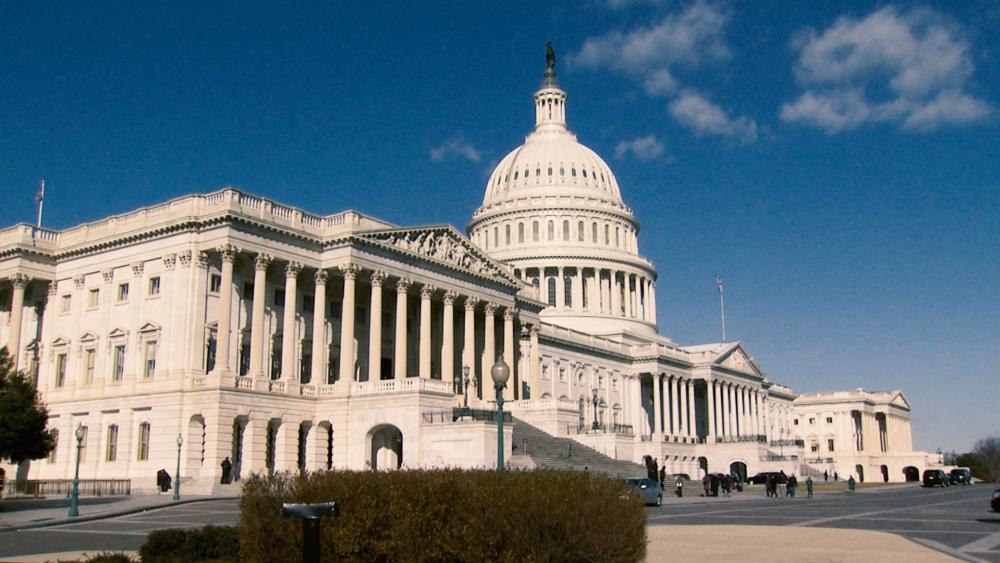 WASHINGTON - In this time of deep division in our country, there can be a tendency to sense there's no hope in Washington, D.C. However, one ministry is working hard to defeat that feeling.

Their mission is simple – provide prayer and pastoral support for all those God has put in office.

At Hope to the Hill Ministries in D.C., the goal is to encourage, support, and minister to powerful and stressed politicians.

"The whole idea is we're focusing on their faith. Their faith journey. How things are going for them in their lives – and they see that we're not asking questions about how they feel about this issue or that issue," explained Hope to the Hill's George Roller.

The only thing Roller and his colleague Nathan Kistler want from members of Congress is to build relationships and pray with them.

"So many members, when you go into their office say, 'Well, what can I do for you today?' And we just say we don't want anything from you. We just want to know how we can pray for you," Kistler explained to CBN News. "And it's amazing to see members – I've had anything from they kind of shrug a little bit to crying because they've never had anybody come into their office and ask how they can pray for them."

As a non-partisan organization, Hope to the Hill steers clear of talking politics.

"It is a divided moment in American history," claimed Kistler. "There are a few things to me that are transcendent beyond party lines and politics, all those things, and one of the most important ones is prayer."

That approach has also helped them cross party lines to create prayer partners.

"We can circle that House chamber together, Republican and Democrat, and seek God's face in the midst of everything else that is going on," U.S. Rep. Cathy McMorris Rodgers (R-WA) told CBN News.

McMorris Rodgers told CBN News she appreciates their ministry today more than ever before.

"To be reminded of the spiritual battle and the importance of prayer. The importance of reading the Word of God, and putting on the armor of God and being more aware of what God might be doing in the course of a day or conversation and bringing it back to be His – His defender, His ambassador here on Capitol Hill day in and day out," the Washington state representative continued.

"Even if it's just to come and pray for a few minutes, to have someone there that is praying for you and about the issues that you're facing because a lot of members of Congress, the primary issues we're facing isn't what's happening in our country which is stressful enough but it's issues that they're facing with their families from being separated," explained Loudermilk.

During his time in Congress, Loudermilk said he's survived the congressional baseball shooting, an assassination attempt, and a nearly fatal car wreck.

"One thing that God has used in all of that is to teach me that we have to go through these times to become stronger warriors for Christ," said Loudermilk.

The Georgia congressman believes God will bring America through these troubling times of deep political divisions.

"God isn't done with America yet," claimed Loudermilk. "He has to take us to the edge of the abyss to see what will happen if we don't turn our eyes back on him and get our eyes back on our cause, and that cause is the cross."

Hope to the Hill also trains lawmakers on how to share their faith with others.

"One of the members in that group that day told me that he used what he had learned. He shared faith with another member of Congress and that person prayed to receive Christ," recalled Roller.

He also shared a story of when he once gave a Bible to a non-believer that sat unused on his desk for over a year.

"One day, the man was fascinated by it, so he opened it and he began to read, and to read more, and more," recalled Roller. "Through that process, he came to faith in Christ. Since then, he went to a Bible college in the city, and now he preaches on Sundays when he's at home and he's still a beloved member of Congress and he loves Jesus."

Roller and Kistler also recommend believers call their representative's offices to offer encouragement to their staffers.

"Just say hey I'm praying for you. God loves you. I love you, and we appreciate the work that you do and build a relationship," said Kistler.

It's likely to make their day since most calls to the office come from angry people.

"People can call and encourage and build a relationship with people here because when the time comes that you might have to have a difficult discussion with them on something you disagree with them on, they're going to want to hear what you have to say because you've actually shown that you care about them," explained Kistler.

Both Roller and Kistler see Washington, D.C., as one of the most valuable and fertile mission fields on the planet.  They want to share the hope that no matter how divided things appear, God is raising up a mighty remnant of people in America's capital.