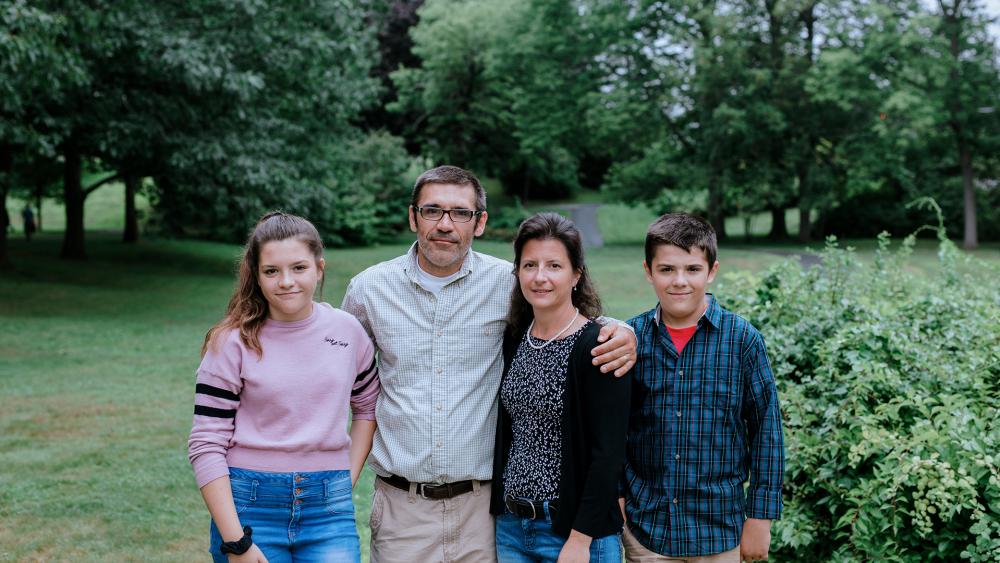 Troy and Angela Nelson with their children in Palermo, Maine. The Nelsons are one of three families who filed the case the Supreme Court will hear Wednesday. (Image credit: Institute for Justice)
6285875783001
Major School Choice Case Comes to Supreme Court as Maine Families Fight for Religious Freedom

On Wednesday, the U.S. Supreme Court will hear oral arguments in a potential landmark case challenging a Maine law that prohibits parents from using a state student-aid program if they choose to send their children to faith-based schools.

Attorneys with the nonprofit religious freedom law firms Institute for Justice and First Liberty Institute are representing the parents in Carson v. Makin. They will argue the case at the high court at 10:00 am, Wednesday, Dec. 8.  You can listen to live-streamed audio of the arguments here.

The firms represent the families from three small towns in Maine—Orrington, Glenburn, and Palermo. In those towns, the local school district offers high school tuition payments for students to attend the public or private secondary schools of their choice in lieu of maintaining public schools of their own.

However, state law prohibits those towns from paying tuition on behalf of families who choose otherwise qualified religious schools.

The families who filed the lawsuit qualify for Maine's tuition program in all other respects, but they are excluded from participating only because they chose religious schools for their children. Such discrimination is both unfair and unconstitutional, according to the families' attorneys.

Amy Carson, one of the plaintiffs in the case, said, "Maine families deserve the right to choose the education they believe will be best for their children, whether or not the school teaches religious values. We're hopeful that the Supreme Court will make a decision that could open the door to better education for families not only in Maine but across the country."

As CBN News reported in June of 2020, the IJ won the landmark Supreme Court victory in Espinoza v. Montana Department of Revenue, in which the high court held that states violate the First Amendment when they ban public funding of religious institutions like schools.

The high court ruled 5 to 4 if you're going to offer a state benefit for private secular schools, you can't ban it from their religious counterparts.

He left no doubt that the court's majority, in this case, felt that Montana's program that cut out faith-based schools was discriminatory.

Defying the high court's ruling, just four months later the 1st U.S. Circuit Court of Appeals upheld a religious exclusion in Maine's tuition assistance program for high school students. Under that program, students who live in towns that do not maintain a public school may use funds to attend the school of their parents' choice, whether public or private, in-state or out-of-state—but only if it does not teach religion.

The 1st Circuit also held that although the current law prohibits Maine from excluding schools because they are religious, Maine can still exclude parents from choosing schools that do religious things.

Maine's program was open to religious schools for a century. The Pine Tree State only changed its policy after an opinion by the state's attorney general without any clear direction from courts or public demands for such actions, according to the IJ.

IJ Senior Attorney Michael Bindas said, "By singling out religion—and only religion—for exclusion from its tuition assistance program, Maine violates the U.S. Constitution. Religious schools satisfy Maine's compulsory education laws and meet every secular requirement to participate in the tuition assistance program, yet parents are barred from selecting them simply because they also provide religious instruction. That is religious discrimination, and the Constitution does not tolerate it."

President, CEO, and Chief Counsel for First Liberty Institute Kelly Shackelford noted, "Government discriminating against parents because of their religious choices for their children is not only unconstitutional, it's wrong. We are hopeful the Supreme Court will put an end to these violations, not only for the sake of the Carsons and the Nelsons but for the sake of all parents in America."

BELOW: Watch an interview with IJ Senior Attorney Michael Bindas and Amy Carson. 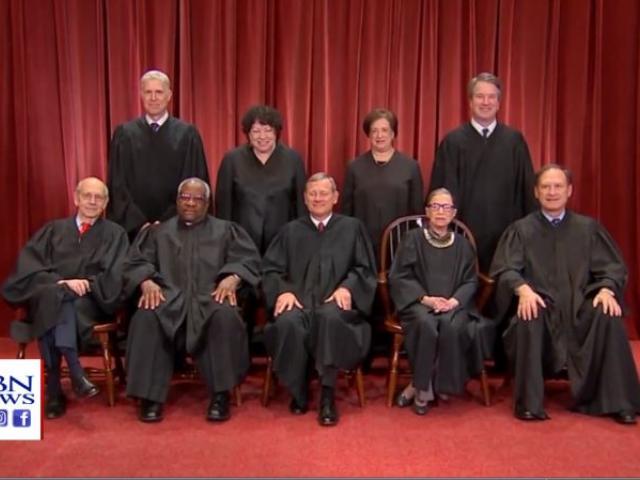