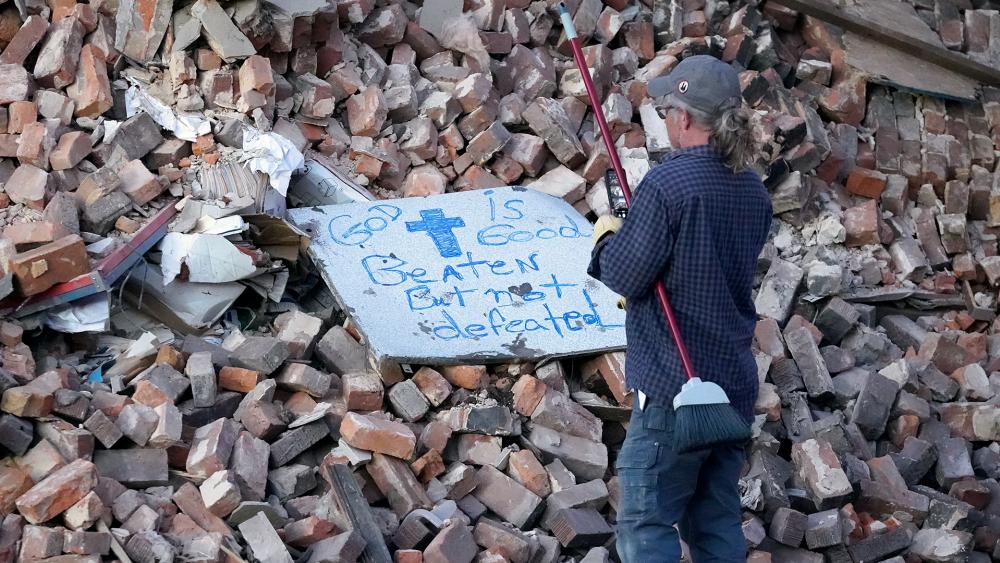 Rick Vincent, of Newaygo, Mich., reads a sign placed on a pile of building rubble as he stops work at the end of the day, Sunday, Dec. 12, 2021, in Mayfield, Ky. (AP Photo/Mark Humphrey)
6286611316001
'We Have to Rely on Our Faith': Kentucky Declared a Disaster Area After Tornadoes Swarm - Looks like a War Zone

The search for victims continues after a weekend swarm of dozens of tornadoes left of a path of destruction through five states.

In Mayfield, Kentucky, workers on the night shift at Mayfield Consumer Products were in the middle of the holiday rush, cranking out candles, when the word went out: "Duck and cover.”

Before and after photos show what happened next. 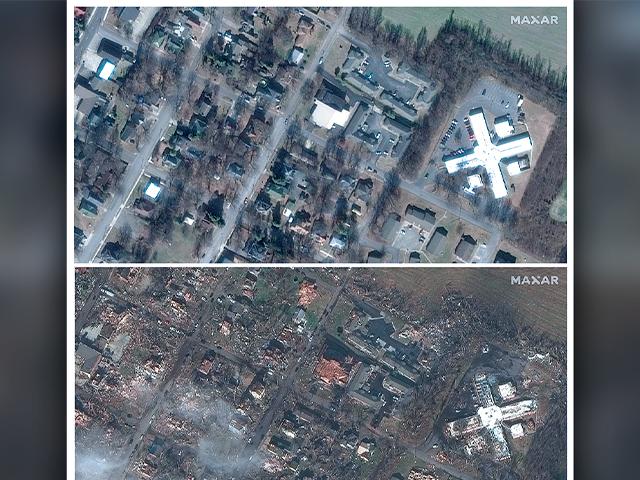 It was first feared that as many as 70 factory workers might be dead, but as of Monday morning, that number stood at 8 dead, 8 missing.

Kentucky Governor Andy Beshear (D) said, "I am praying that maybe original estimates of those we have lost were wrong. If so, it's going to be pretty wonderful."

Dozens of people in five states were killed by tornadoes that leveled entire communities Friday night, leaving many areas looking like war zones.

At least four twisters hit Kentucky, including one with an extraordinarily long path of more than 200 miles, possibly the longest in U.S. history.

Entire towns are devastated, with more than 1,000 homes damaged or destroyed across 10 counties. 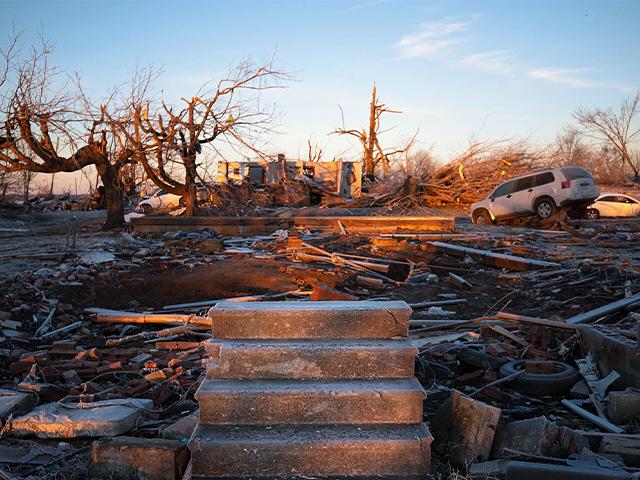 The front steps of a house are all that remains after a tornado in Dawson Springs, Ky., Sunday, Dec. 12, 2021. (AP Photo/Michael Clubb)

Gov. Beshear said that going door to door in search of victims wasn't possible in the hardest-hit areas because “There are no doors.”

Before and after photos show the damage to Amazon's warehouse in Edwardsville, Illinois where at least six people died after a tornado leveled half of the building.

Her dad, an Amazon driver, was returning to the facility right when the tornado struck.

Columnist Travis Akers tweeted a video of a man playing a hymn on a piano in his ruined home.

"A man whose home was destroyed during the deadly tornado outbreak in Kentucky plays a hymn on his piano that was spared during the storm. Beauty in the midst of sorrow and pain," Akers wrote.

A man whose home was destroyed during the deadly tornado outbreak in Kentucky, plays a hymn on his piano that was spared during the storm. Beauty in the midst of sorrow and pain. pic.twitter.com/9goymGYK3L

In Mayfield, Sunday morning, worshippers gathered amidst the rubble that used to house the First Christian Church.

The brick building that stood for generations was knocked down in a matter of minutes.

Beshear expects the statewide death toll to reach at least 50 with at least 14 dead in Illinois, Tennessee, Arkansas, and Missouri.

FEMA, the National Guard, and volunteers are pouring in to help with cleanup and rescue. 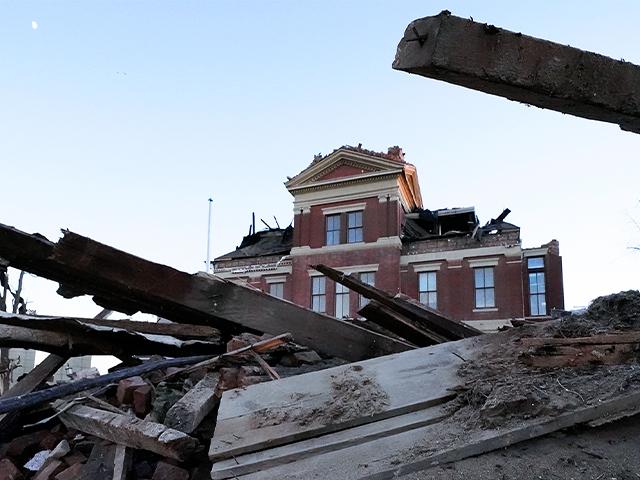 CBN's Operation Blessing is on its way to help the victims of the disaster in Kentucky.

The Hunger Strike Force is delivering a truckload of water, food, snacks, trash bags, and other disaster relief supplies to the town of Mayfield today. 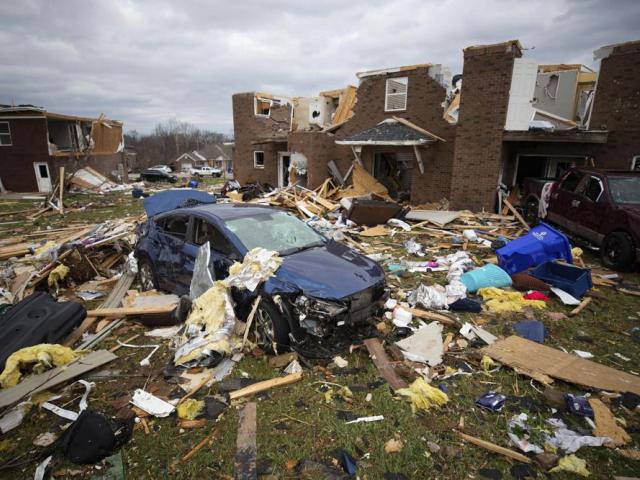 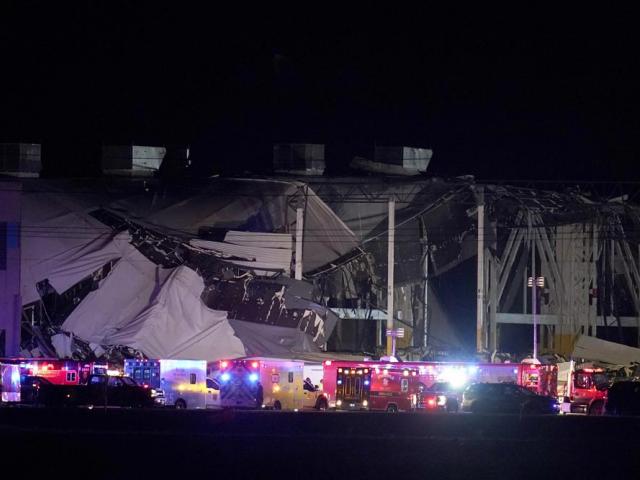