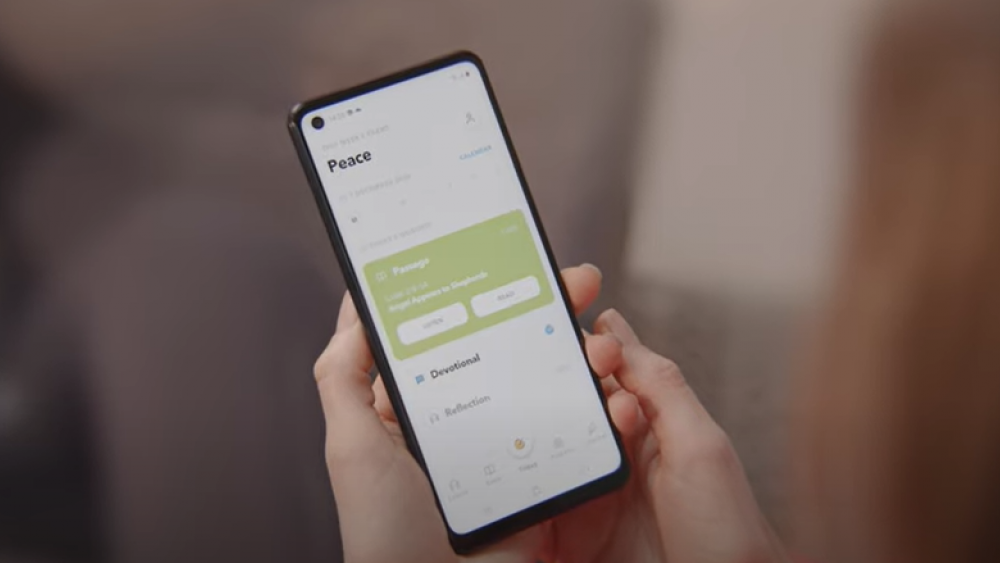 Glorify, a Bible app that makes it easier for Christians to connect with God on a daily basis, received $40 million in funding and its popularity continues to grow.

Glorify announced its new financial backing on Thursday which is led by the capital firm A16Z, along with participation from SoftBank Latin America Fund and K5 Global. A string of celebrities are also showing their support for the app including Michael Bublé, Kris Jenner, Corey Gamble, Michael Ovitz, and Jason Derulo.

It’s been quite the year here at Glorify HQ As if building a community of over 1.8 million users wasn’t enough, we’ve just announced an amazing $40m raised in Series A funding.https://t.co/EWkGH1Nl3R pic.twitter.com/ilytDbONi7

"When we first came up with the concept for Glorify, we knew we were onto something big, but as we met with investors, it soon became clear that we've managed to capture lightning in a bottle," said Ed Beccle, co-Founder of Glorify.

"So much of what is out there doesn't resonate with people today," he added. "But with Glorify, we've created an experience that not only helps Christians maximize their daily quiet time in a way that fits their lifestyle and personal needs but empowers Christians, young and old, to open themselves up to faith again. And, it's only the beginning."

The company was founded in 2020 by Beccle and Henry Costa, the son of Ken Costa, a veteran investment banker, and a Christian leader.

Glorify was developed with the understanding that small and regular connections with God can help users with anxiety, better sleep, and supports their overall wellbeing.

During an interview with Tech Crunch, Beccle explained that he's worked hard to get more investors involved with the app because he wants to help people grow in their relationship with Christ.

"We're trying to create a cultural movement around faith and making believing in God and something greater something that's more than just okay (and into) something that can really change your life," he said. "My goal with all of these people is to get them to make Glorify the medium that they talk about their faith through. We're averaging at least 250,000 people daily and we've had now 2.5 million downloads over the last year or so."

"Whether you are in the studio, on the road, or even with family, it is incredibly challenging to carve out quiet time," said Michael Bublé. "Prayer has been such an important part of my life. With Glorify, we now have the tools to find moments throughout the day to connect with God on our own terms."

Glorify is available to download for free on iOS or Android. To find out more about Glorify, click here.