Deadly Monster Storm Kills 20 and Knocks Out Power for Millions, Osteen Opens Church as a Shelter 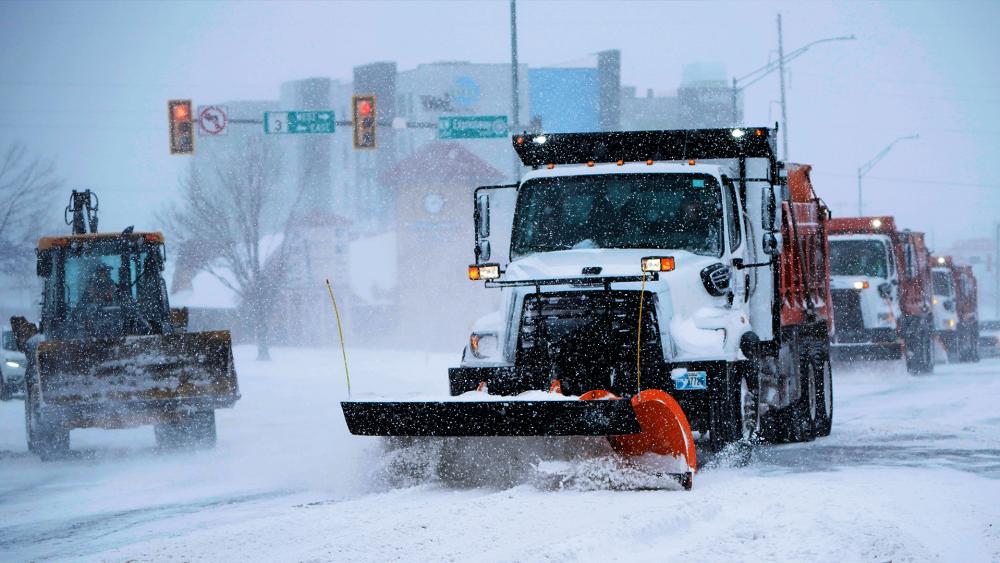 More than 73 percent of the nation is covered in snow. And millions of homes and businesses are still without power even as the forecast is calling for more snow and ice.

The storm has had a tragic impact on many levels, claiming more than 20 lives so far, including a woman and an eight-year-old girl who died in their garage in Houston, trying to stay warm in a running car.

In Texas, millions remain in the cold and the dark as the state's energy grid struggles to cope.

"There's no firewood anywhere. No stores open," said one resident.

Coal, natural gas, wind, and nuclear facilities have been knocked offline and it could be days before they're back.

Many are pointing the finger at ERCOT, the non-profit organization that controls most of the state's energy.

"This was a total failure by ERCOT," said Gov. Gregg Abbott. "They showed that they were not reliable."

Some homes have lost heat for more than 36 hours, leaving families shivering in single-digit temperatures.

Rapper Lecrae, who lives in Houston, urged prayers for his family, tweeting a photo of icicles on an indoor ceiling fan at an apartment "saying, 'Pray for my family. It's all bad.'"

Pray for my family. It’s all bad. https://t.co/wT4Tutm2jp

The faith community is stepping in to help storm victims.

"We were blessed this week to open our church as a shelter to take care of our fellow Houstonians because of your generosity we helped a lot of people stay warm, eat good meals, and assisted them through this difficult storm," Osteen said in a video posted online.

Other ministries are also kicking in to help people.

"Right now, the Salvation Army is opening or assisting with a number of cold weather shelters and warming centers, distributing hot food with our mobile canteens and through our existing facilities," Salvation Army Command Kenneth Hodder told CBN News.  "We're even distributing clothing to the community. This would be individuals who might need clothing to stay warm even in their own homes as well as those on the street. We're feeding first responders and we're also providing emergency transportation for people who are stranded."

Meanwhile, overnight the storm dumped more snow on the Midwest.

In Oklahoma, the capital recorded its coldest temperature in more than a century Tuesday at negative 14 degrees.

And devastation has been reported in North Carolina as dozens of homes were destroyed and three people were killed and at least 10 injured as a tornado tore through.

More wicked weather is set for Wednesday with ice and snow hitting Texas and Louisiana before moving north.

"This ice storm is going to be vicious in East Texas and Louisiana on Wednesday. Now that'll be mainly snow from Dallas on into Texarkana. There's likely to be a half-inch to an inch of ice," said WeatherBELL Chief Forecaster Joe Bastardi.

Bastardi added that another snow will impact Washington, D.C. to the Boston region with sleet and freezing rain.

Forecasters say the storms will continue to batter the country throughout the week, before clearing out over the weekend.