'I Began to Feel Like an Administrator at Auschwitz': Stunning Revelations from a Planned Parenthood Insider 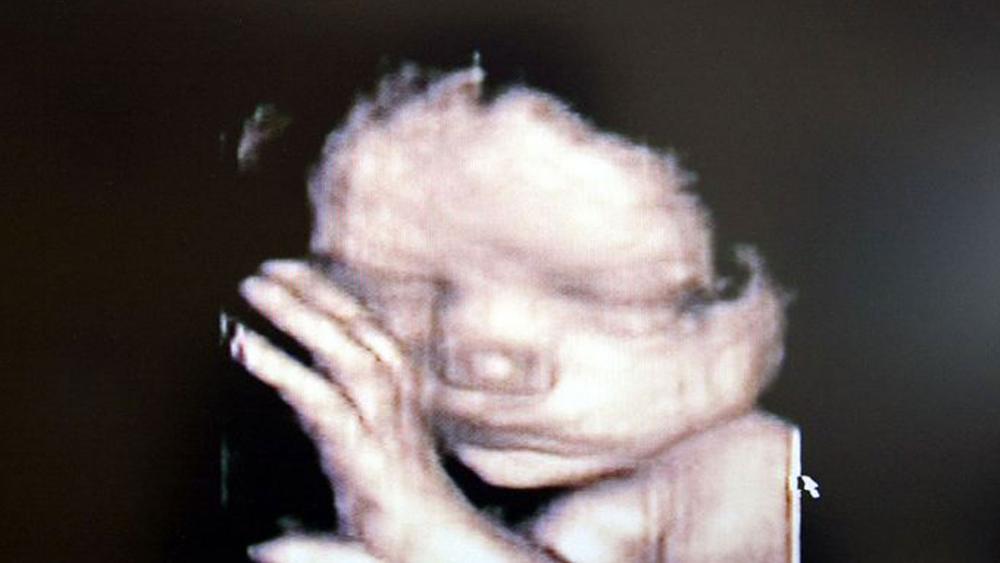 Janet Brown worked for Planned Parenthood for five years as the Director of Quality and Risk Management. At her desk was a radio - and it only had one station where Rush Limbaugh was on air for three hours a day.

IT DIDN'T TAKE LONG FOR ME TO FIGURE OUT that the new job I had just taken at a Planned Parenthood in Missouri was not nearly as defined as I had hoped. In fact, as the new Director of Quality and Risk Management, a position that would seem to warrant some training, I was simply left alone to find my way. Everybody in the office was too overworked to offer me a hand anyway. And the last person to hold my position had left three years earlier.

When I realized what was before me, it necessitated long hours in my office creating my own protocols and procedures about what our ten affiliate offices could expect from me. I was to become the eyes and ears that would ensure our compliance with rules and regulations at all times. Keeping employees and patients safe and the state off our backs was my number one goal.

And so, when I wasn't visiting our affiliates and looking under the hood at our practices, I was in my office simultaneously creating my job and recording my findings. One day when the silence of my office got to be too much, I found a radio and flipped it on to keep me company, but like a bad joke, it received only one signal—a signal that for three hours a day was occupied by a conservative blowhard who regularly extolled the evils of Planned Parenthood.

This would never do, I thought. If there was anybody in the world who was not the audience for a right-wing hater like him, it was me. I was a feminist and a zealot for the cause of women's right to choose. Planned Parenthood was a bastion of goodness no matter what the fool on the radio said. But desperate to kill the silence—at least that's what I told myself—I kept him on.

"Planned Parenthood is a scourge…is a dark force…is a front organization for evil," he would drone on as the days went by.

"Pfsssht," I would say to myself. "What a joke." I thought about turning him off every day. Funny how I just couldn't seem to do it.

The days, weeks, and years passed, and given that I had the keys to the castle, the deeper I looked the more it began to be clear that the rules and regulations that we were obliged by law to follow were being ignored with nearly every abortive procedure. When I raised red flags, they garnered no interest from management. Stranger still, audits that I prepared detailing our infractions disappeared, and thousands of parental consent forms that heretofore did not exist suddenly appeared out of thin air.

Little by little, it began to be clear that somebody high above was running interference—making it so that when Planned Parenthood deserved investigation, the powers that be looked the other way. But why wouldn't that be true? The force and intimidation wielded by Planned Parenthood were on full display all the time. Take for example the prosecuting attorney from Kansas who dared to make a legal challenge to Planned Parenthood. He was not just defeated. He was destroyed. He and his family lost everything. He was even driven from his own state. Everybody was scared to death of Planned Parenthood and that's the way they wanted it.

"Planned Parenthood is the most dangerous power in the United States today…," the radio blowhard said.

Suddenly my eyes began to open and see that I wasn't the Director of Quality and Risk Management at all. I was a pawn, a person holding down a position that made it look like Planned Parenthood cared about compliance. They didn't. They had one objective in mind—create an environment where they could get their share of a multibillion-dollar business.

One day, we destroyed an aborted fetus when investigators came snooping around. They were trying to determine whether the patient, a young girl, had been raped. But we had no consent form for her. We had to make it look like it never happened. That's right—to protect our operations, we protected a potential rapist.

Another time, we performed an abortion for a 12-year-old girl who couldn't look up from the ground or speak above a whisper while her mother came emotionally undone in front of us—and yet we never called the authorities as we were supposed to when confronted with an obvious case of abuse. Both the mother and little girl were later murdered by the mother's boyfriend. Had we called the police; she'd be alive today.

Our catastrophic infractions kept piling up and my conscience was beginning to clang. I found myself closing my door many times throughout the week and sitting at my desk trying to stuff down big, heavy sobs. I presented myself outside my office as tough and steely. Truth was I was turning into mush.

I walked into the crowded breakroom one day to find the CEO pounding a table and screaming, "Abortion! Say it! Abortion! Say it!" Of course, my fellow employees complied like cultists. This is the same breakroom where we had a voodoo doll bearing the face of someone who would dare to challenge us. Everyone acted like the needles were a joke. I wondered…

I began staying after hours and pulling files of ultrasound pictures just to stare at them. It would always catch my breath how perfect they were. These were babies—with perfect fingers and intestines and noses and ribs. Not worthless clumps of tissue at all.

"Planned Parenthood is a snake pit of deception…" the blowhard said. I was surprised to find myself not rejecting his claim, but nodding emphatically in agreement. He had been telling the truth all along.

I began to feel like an administrator at Auschwitz. Perhaps I may have not been filling the chambers with gas, but I was stealing belongings, distributing striped uniforms, and assigning inhumane conditions. I was as guilty as the abortionists.

My son begged me to quit. "It's going to come back and bite you, Mom," he said, as if he knew nobody could survive under the weight of what I was seeing. Although I was terrified to be without a job, I simply had to make my move. I prepared all my audits and reports, put them on my desk, and called up the security director to let her know I was leaving. "And don't send someone to walk me out. I have earned the right to not be escorted out like a criminal."

When through a friend I was contacted by Meg Weber at AND THEN THERE WERE NONE, one of the first things she said was, "Can I pray for you?"

I had to stop for a moment. It seemed like everything that had happened was leading to this moment. I was broke and broken, had lost my home and car, and was dealing with extreme guilt for my part in the murders of all those innocent babies. I was ready to be somebody new. "Yes," I said as the tears started to roll down my face.

When Meg prayed, "Dear God," I felt my heart open up in a way it never had before. That's when it hit me, the radio talk show host was more angel than blowhard. God used him to bring me to this moment when I finally began a relationship with Him. In fact, it wouldn't surprise me at all to find that somewhere in that office, there is a small black radio that gets every station up and down its dial and always did.

Copyright © 2021 And Then There Were None, All rights reserved. Reprinted by permission.