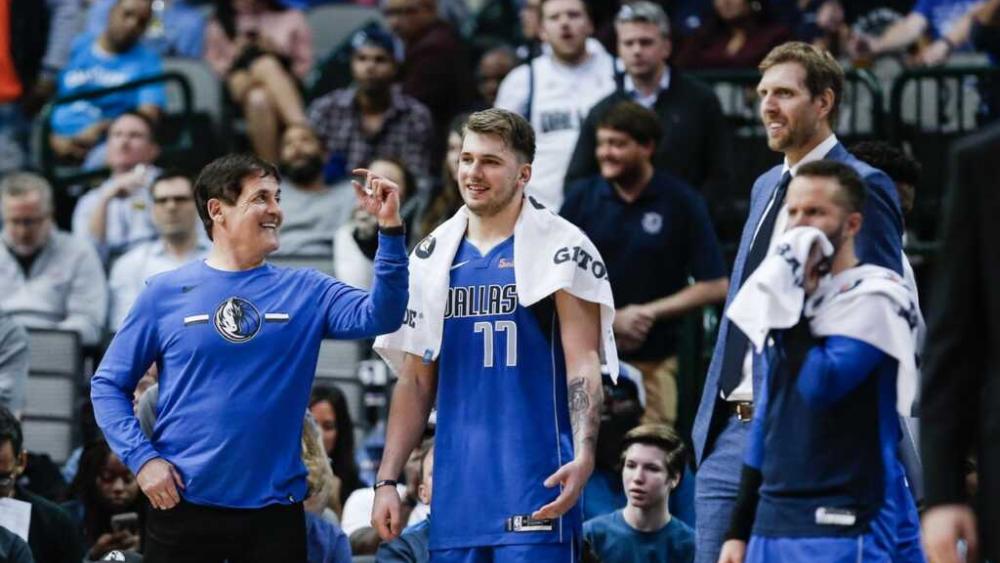 The NBA stated Wednesday it will require all teams to play the national anthem before games. The bold response came one day after Dallas Mavericks owner Mark Cuban instructed his team not to play the song at its home games.

In a statement to The Athletic, which first reported on the Mavs, NBA Chief Communications Officer Mike Bass said: “With NBA teams now in the process of welcoming fans back into their arenas, all teams will play the national anthem in keeping with longstanding league policy.”

Cuban’s team will resume playing “The Star-Spangled Banner” at Wednesday night’s game against the Atlanta Hawks.

“We respect and always have respected the passion people have for the anthem and our country,” Cuban said in a statement of his own. “I have always stood for the anthem with the hand over my heart — no matter where I hear it played. But we also hear the voices of those who do not feel the anthem represents them. We feel they also need to be respected and heard because they have not been heard.”

“The hope is that those who feel passionate about the anthem being played will be just as passionate in listening to those who do not feel it represents them,” he added.

At Cuban’s instruction, the Mavericks have not played the national anthem before any of the franchise’s 13 preseason or regular-season home games. That distinction, as Faithwire previously reported, made the Mavs the first professional U.S. sports team to ditch the song officially.

According to ESPN, Cuban consulted NBA Commissioner Adam Silver before making the decision to nix “The Star-Spangled Banner” from his team’s games. A spokesperson for the NBA initially defended Cuban’s choice, telling The Athletic that, “under the unique circumstances of this season, teams are permitted to run their pregame operations as they see fit.”

FAITHWIRE: Hospitals to Use ‘Gender-Inclusive’ Language Like ‘Chestfeeding’ to Accommodate Trans Patients

This latest controversy came after a majority of NBA players knelt for the anthem during the season’s restart last summer in Orlando, Florida, when the league fully embraced the Black Lives Matter movement, incorporating the political cause into its court and jersey designs.

“I recognize that this is a very emotional issue on both sides of the equation in America right now,” Silver said at the time. “And I think it calls for real engagement rather than rule enforcement.”

Over the summer, Cuban said he would “be proud” of any Mavs players who knelt during the anthem, adding, “Hopefully, I’d join them.”

The U.S. adopted “The Star-Spangled Banner” as its official national anthem in 1929. However, the song made its mainstream debut in American sports during the World Series of 1918, when the country was in the throes of the Spanish flu pandemic.

By the end of World War II, most national sports played the anthem at the start of each game and the NFL made it a requirement.