'One of the Most Pro-Life in the Country': SC Gov. Signs Pro-Life Heartbeat Bill 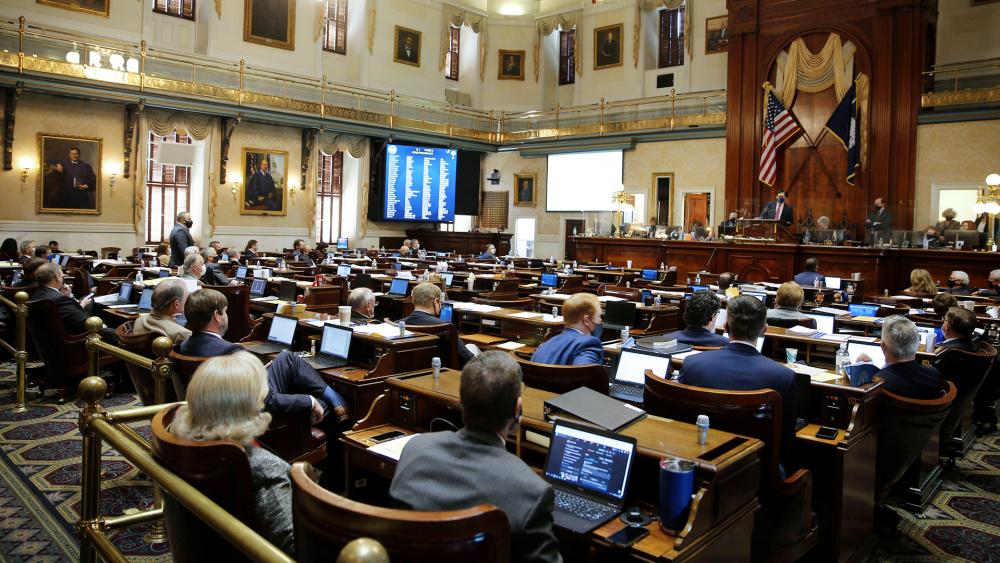 A number of empty seats are seen in the South Carolina House chamber on Wednesday, Feb. 17, 2021 in Columbia, S.C. Democrats walked out during the debate. (AP Photo/Jeffrey Collins)

State Republicans voted to pass the measure on Wednesday, prompting nearly all of South Carolina's Democrat lawmakers to walk out of the state House chamber in protest.

The measure had already passed the Palmetto state's Senate on Jan. 28, banning most abortions in the state once the baby's heartbeat is detected.

After holding a news conference to speak against the bill, several other Democrats returned to express their opposition to the measure which has come up for debate in the legislature numerous times over the past decade. "You love the fetus in the womb. But when it is born, it's a different reaction," claimed State Rep. Gilda Cobb-Hunter of Orangeburg, the House's longest-serving member at 29 years.

Numerous Republican lawmakers spoke in favor of the bill.

State Rep. Melissa Lackey Oremus said plenty of women have mixed feelings when they get pregnant, especially when they aren't where they want to be in their life. But the Republican from Aiken said that's no reason for abortion. "They don't deserve to die just because their mother made a bad choice one night," Oremus said.

The “South Carolina Fetal Heartbeat and Protection from Abortion Act ” requires doctors to perform ultrasounds to check for a heartbeat in the fetus. If one is detected, the abortion can only be performed if the pregnancy was caused by rape or incest or the mother’s life is in danger.

There are 81 Republicans and 43 Democrats and the South Carolina House which has passed similar legislation in previous sessions.

For years, the bill has failed to pass the South Carolina Senate. But Republicans gained three seats in the 2020 elections and the newly energized 30-16 Republican majority made the proposal Senate Bill No. 1 and finally pushed it over a procedural hurdle.

The bill would not punish a pregnant woman for getting an illegal abortion, but the person who performed the abortion could be charged with a felony and sentenced up to two years, and fined $10,000 if found guilty.

About a dozen other states have passed similar laws restricting abortion, which could take effect if the U.S. Supreme Court were to overturn the 1973 Roe v. Wade court decision that invented abortion rights.

Abortion rights advocates sued immediately to block South Carolina's new law just like they did in those other states.