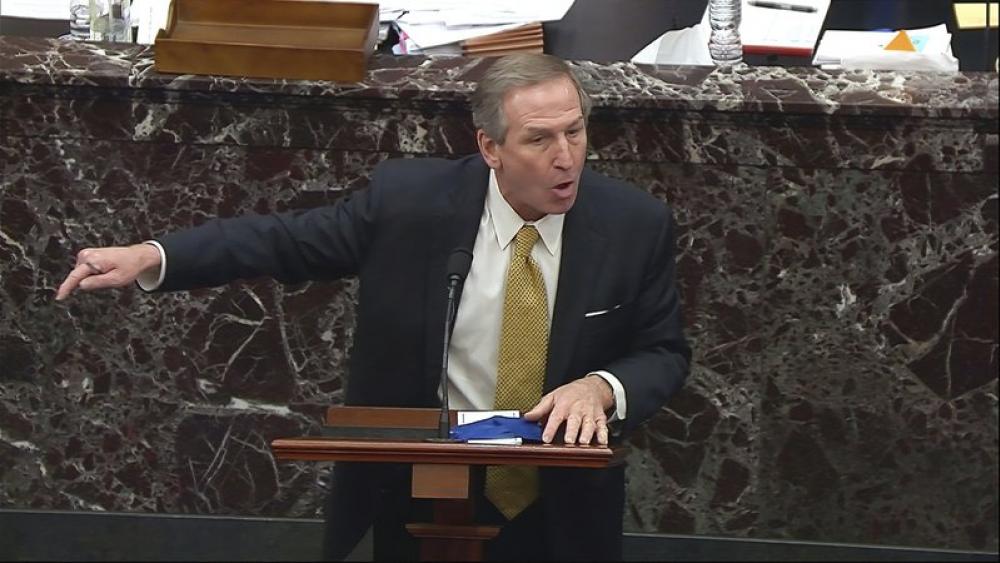 The Philadelphia home of one of the defense attorneys for former President Donald Trump during his impeachment trial was vandalized Friday evening.

After spending hours on the Senate floor, Attorney Michael van der Veen returned home to find broken windows and the word "TRAITOR" spray-painted on his driveway, The Philadelphia Inquirer reports.

"My home was attacked," van der Veen said on Fox News Saturday. "To answer your question, my entire family, my business, my law firm are under siege right now."

And demonstrators assembled outside of van der Veen's downtown Philadelphia office, calling him a "fascist" and chanting, "When van der Veen lies, what do you do? Convict. Convict."

Another one of Trump's attorneys, Bruce Castor, spoke about protesters coming to his home, and possibly other members of Trump's legal team have been subjected to these "very unsettling" events, Newsweek reports.

"My house was the subject of unrest," Castor said. "These people are lawyers and they expect to do their jobs without having fear for their personal safety."

At House Speaker Nancy Pelosi's home in San Francisco, someone spray-painted "Cancel Rent? We want everything!" Artificial blood and a pig's head were also left nearby her home.