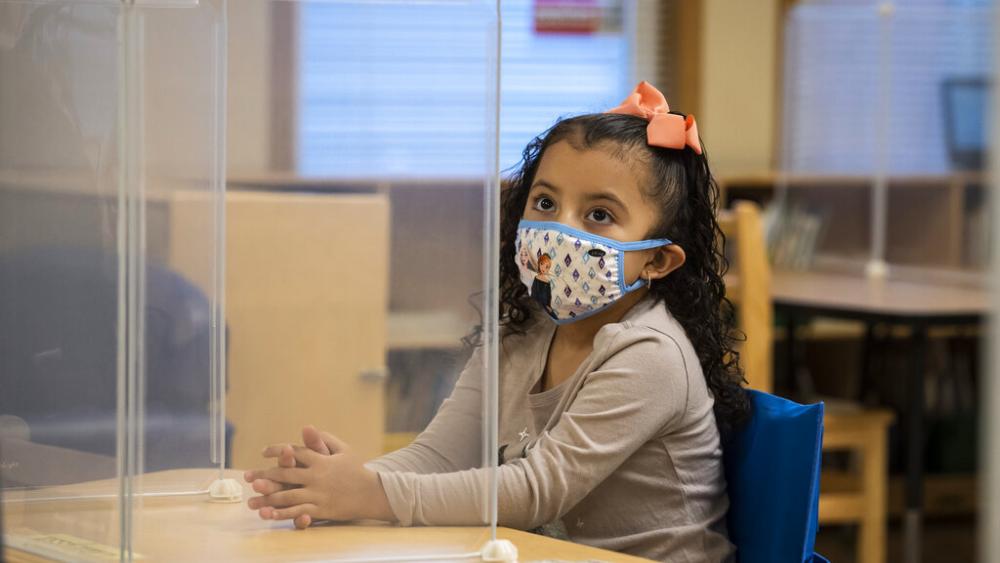 On the same day, the U.S. Centers for Disease Control and Prevention released a paper showing “scant transmission” of COVID-19 in the classroom, New York City council member Mark Levine, a Democrat, said it’s “too soon” to say whether the city’s public middle and high schools will reopen by September. And President Joe Biden’s pick for deputy secretary of the Department of Education, Cindy Marten, has made clear she has no interest in reopening public schools in San Diego, where she serves as superintendent. It would be wrong to allow kids to come back to school, she reasoned, because the virus is “out of control in our communities.”

And, despite his promise to get schools across the U.S. reopened in the first 100 days of his presidency, Biden has shown an unwillingness so far to stand up to teachers’ unions, whose members are actively defying and pushing back against efforts to get children back in their classrooms for in-person learning.

The CDC isn’t the only group highlighting the fact that Democrats aren’t on the side of science in their push to keep classrooms closed.

A recently released joint study between Duke University and the University of North Carolina-Chapel Hill found that, after observing 100,000 students and staff members across 11 school districts for nine weeks, there were zero instances of children passing COVID-19 onto adult instructors or school employees. The researchers concluded such transmissions are “extremely rare.”

Dr. Anthony Fauci, director of the National Institute of Allergy and Infectious Diseases, has said the default position of the government should be “to keep the children in school or to get them back to school.”

Last summer, now-former CDC Director Dr. Robert Redfield said that, because of the limited transmission of COVID-19 among children, the risk of suicides and drug overdoses is “far greater” than the number of COVID-related deaths in the country’s younger population.

Weeks before Redfield shared his concerns, the American Academy of Pediatrics said the cost of keeping kids out of classrooms and away from their peers and teachers will be much worse than the impact of COVID-19.

“Lengthy time away from school and associated interruption of supportive services,” the AAP stated, “often results in social isolation, making it difficult for schools to identify and address important learning deficits as well as child and adolescent physical or sexual abuse, substance use, depression, and suicidal ideation.”

The CDC also revealed in August that one-quarter of young adults in the U.S. have thought about suicide since the pandemic began. And 25.5% of Americans between the ages of 18 and 24 seriously contemplated taking their own lives.

As it turns out, we’re now sadly seeing the truth of what our scientists have warned us about.

Officials with the Clark County School District in Nevada — the fifth-largest district in the nation — have said they’re now facing the devastating outcomes we’ve known were coming. According to a report from The New York Times, there were 18 suicides in the nine months schools in the CCSD were closed for in-person learning.

Jesus Jara, superintendent of the CCSD, said, “We have to find a way to put our hands on our kids, to see them, to look at them. They’ve got to start seeing some movement, some hope.” He said the district is now staring down “a mental health crisis and an academic crisis.”

Despite all this, Biden insists he’s listening to — you guessed it — the science.