'God Is Going to Make Us a Better Nation:' Senate Chaplain Finds Hope After Capitol Attack 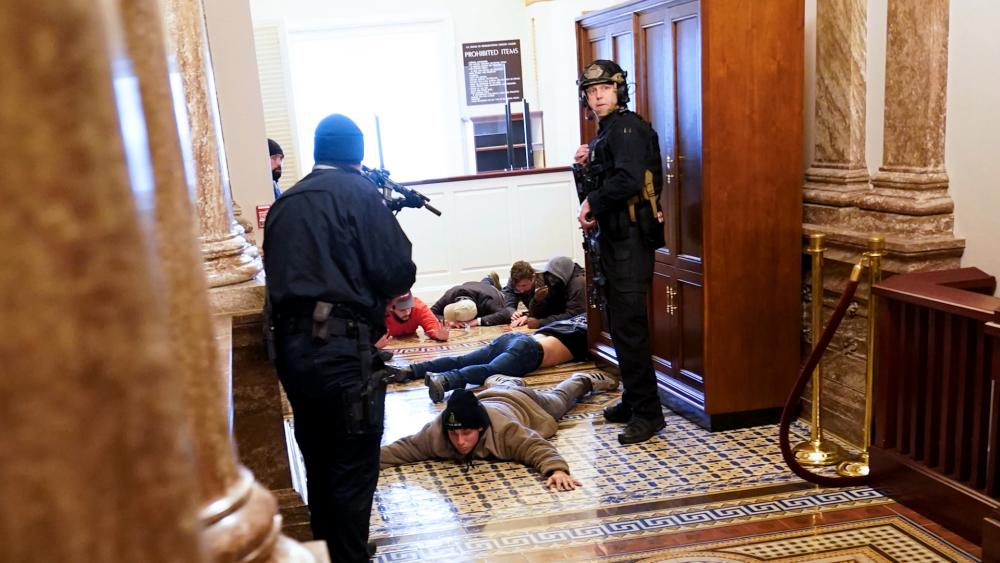 As a mob ransacked the United States Capitol earlier this month, many working inside feared for their lives and turned to God for help.

US Senate Chaplain Barry Black was one of the people inside the building seeking the Lord while the chaos ensued. He tells CBN News that he knew he was going to witness history on January 6 with the certification of the Electoral College votes, but he had no idea what was to come.

Black recalled that January 6 started off like most any other Wednesday. He hosted the bipartisan Senate prayer breakfast and then opened the Senate floor in prayer. Early in the afternoon, Black joined senators in the House chamber for the historic joint session of Congress, but when the debates began over certifying the Electoral College vote he decided to go back to his office for a bit. While he was walking back, he heard alarms going off warning everyone in the Capitol to shelter in place. He passed a few members of the media in a glass office that he invited to shelter in his office for added security.

"Within a matter of minutes, I heard a banging on my door," recalled Black. "There was a Capitol Police [officer] who said, 'I've come to get you. I'm not leaving you behind. Follow me.'"

"As I followed him I could already see that domestic terrorists had already made it to the third level," he continued.

Chaplain Black and the police officer caught up with a group of senators headed to a secure location where they all hunkered down together for about three hours.

"I was grateful for the opportunity for ministry because there in our secure location I had an opportunity to talk with people, to have long conversations because I mean, three hours is a long time, to pray with people individually," said Black.

Eventually, Black was asked to pray over the entire group.

"This was an extemporaneous prayer which basically said Lord, we have nothing to fear for the future, except we forget how you have led us in the past," recalled Black. "Lord, we're grateful for exceedingly great and precious promises, 2 Peter 1 3-4, and Lord, no weapon formed against us shall prosper, Isaiah 54:17."

Prayer in the House Chamber

Meanwhile, on the House side, officers stood between rioters and the House Chamber while lawmakers, aides, and members of the media scrambled for cover.

Crouched down on the House balcony trying to evacuate but unsure where was safe to go, Congresswoman Lisa Blunt Rochester (D-DE) started to pray.

"Father God you are all-powerful, Lord we ask you for healing. Right now. Right now in the name of Jesus," prayed Blunt Rochester. "Protect all of our brothers and sisters in this Congress who protect America, Lord. We just thank you. We praise you. We give you all honor and glory because you you are powerful! Above all...We thank you right now. In this MOMENT!"

Five people lost their lives at the Capitol that day including U.S. Capitol Police Officer Brian Sicknick, and another police officer, Howard Liebengood, who took his own life days after the attack. Miraculously, all lawmakers and staff members stayed safe.

CBN News asked Chaplain Black if, when he looks back and reflects on January 6, there were any moments he saw God at work.

"I think a better question would be were there any moments when you did not see God at work," responded Black. "It was amazing. I saw people helping people. I saw people who should've been themselves paralyzed by fear encouraging one another."

Black was impressed by how lawmakers finished the work they set out to do that day by certifying the Electoral College votes early in the morning on January 7 after the Capitol was cleared.

Running on adrenaline, Black closed the historic joint session in prayer around 4:00 am.

"We deplore the desecration of the United States Capitol building, the shedding of innocent blood, the loss of life, and the quagmire of dysfunction that threaten our democracy," prayed Black. "These tragedies remind us that words matter, and that the power of life and death is in the tongue."

Black strongly believes God will use the infamous attack for his glory.

"God is going to make us a better nation as we strive, and there are believers everywhere, even non-believers, who are striving for a more perfect union, and I believe the Sovereign God of the universe is going to use January 6th as the moment in time that will provide us with an epiphany nexus with the transcendent," declared Black. "And we will be able to look back as Isaiah 6 looks back and says in the year that King Uzziah died, 'I saw also the Lord,' and we will be able to say it was January 6th that I began to take the incremental steps that brought greater unity, but even more importantly, greater righteousness to our nation and world."

Despite everything that's happened in our country, Black remains hopeful because no matter what happens God is with us, always.