Reminding People of the 'Barbarity of Abortion': Why Pro-Lifers March 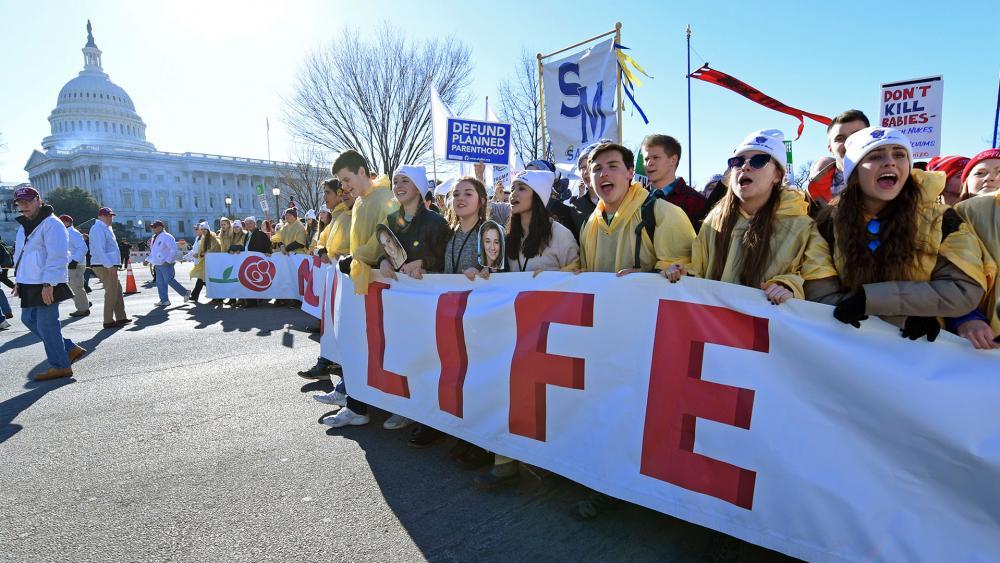 Because of the pandemic and security concerns in Washington, D.C., much of the March for Life will go virtual this year. A group of pro-life leaders will still physically march in the nation's capital on January 29. But March officials ask most people to join from where they are.

Still, it's an important event every year for the pro-life movement as it puts a bright spotlight on just how globally devastating abortion is.

Jan. 22 Is National Sanctity of Human Life Day After Trump Declared It: 'Every Person Is Made in the Holy Image of God'

More Lost to Abortion 'Than All Other Causes of Death Combined'

40 Days for Life's Steve Karlen told CBN News, "Abortion is the leading cause of death in America and also around the world. In fact, there are more lives lost worldwide to abortion… estimates range between 42 and 54 million…more lives lost to abortion worldwide each year than all other causes of death combined."

Karlen writes about battling abortion in his book, This is When We Begin to Fight. He appreciates the March for Life.

"It reminds people of the barbarity of abortion," he said. "It fires us up. It inspires us to go out and stand in prayer at a 40 Days for Life vigil…to serve in our pregnancy help centers... to engage the political and legislative processes."

People at a prayer vigil like 40 Days for Life organizes had a deep impact on Michelle Shelfer's life. She was heading into a clinic to get a second abortion just a few months after she'd had her first.

"There was a cluster of people praying outside. Now, they didn't say a word to me. They didn't come close to me, but I know what they were doing," Shelfer shared.

In the Abortion Clinic: 'I Got Up & Left'

"And even if I hadn't known, their prayers were answered. Because I went, paid my money, and sat down. And at the end of an hour, the doctor still hadn't come to call me in. And I got up and I left," Shelfer explained.

She continued, "My [soon-to-be] husband was going through the same change of heart at the same time. And he called me and dragged me out of there. We got our money back. We sat in our car in the parking lot of the abortion clinic, and he proposed to me there. And that's where we started our married life and our family."

"I really credit those people who were standing outside the clinic," Shelfer summed up.

Danielle D'Souza Gill said of those praying outside clinics or joining the March for Life, "I think it shows other people that there are so many people who are pro-life."

'The Left Often Makes Us Feel like We're the Weirdos'

And that helps to counter the prevalent culture's message.

"Right now we don't have the media, we don't have Hollywood, we don't have all these things, these outlets for people to say, 'oh yeah, I really do think things that so many other people think,'" Gill said. "The Left often makes us feel like we're the weirdos, we're the people who are the fringe, our views are really not the mainstream."

But something like the March for Life, which often numbers in the hundreds of thousands, lets people know their pro-life concerns are widely shared.

"I think there is value in seeing those around you who are questioning the morality of abortion," Shelfer asserted.

This California woman is a long-time animator who as part of her pro-life ministry has drawn and published hundreds of baby's faces she calls "foundlings."

She explained she draws them, "To honor the almost two billion children who've been lost to abortion worldwide in the last 60 years or so." They can be viewed or had through Prepare a Room Ministry's website.

Shelfer helps lead those feeling guilty about past abortions toward healing in her book Prepare a Room from Nordskog Publishing.   And she offers the "foundling" portraits to those facing up to their post-abortion trauma, as those little ones can often help women put a face to what they did.

Can Take Decades to Deal with It

Shelfer said of these women dealing with guilt over abortion, "Many of them don't even come to grips with it for 10, 20 years after the event occurred. It's a very, very delayed process. Because [of] the icky-ness of the subject – you want to just push it down. You want to just stop it from bubbling into your consciousness because it's that unpleasant."

Karlen told CBN News the anguish is often even worse than for those suffering miscarriages – a pain with which his family is well-acquainted.

He spoke of a recent hard evening at home, sharing, "We just had some friends over for dinner who just suffered their fifth miscarriage."

"It's a tremendous loss," he said and then turned to what his own family has suffered. "And it was a very difficult experience for my wife and me. As a husband and father, it was very difficult not only to lose two children to miscarriage but to see the physical and emotional pain that it wrought on my wife."

'Abortion Turned Us Mothers into Un-Mothers'

But for those who abort, Shelfer pointed out there's the added crushing weight of guilt.

She read from Prepare a Room how the act betrays their very identity of being maternal.

It costs. Gill speaks of a study highlighted in the British Journal of Psychiatry. According to Gill's book, this study of 877,000 women shows those who had an abortion are 110 percent more likely to abuse alcohol, 155 percent more likely to commit suicide, and are at an 81 percent increased risk of mental problems.

Gill read from her book The Choice how women described their experiences: "Most women feel deep sadness and regret after aborting a baby. Jennifer O'Neill, the American actress and supermodel, said, 'I was told a lie from the pit of Hell; that my baby was just a blob of tissue. The aftermath of abortion can be equally deadly for both mother and unborn child. A woman who has an abortion is sentenced to bear that for the rest of her life.'"

Gill also read, "Another woman said, 'I didn't expect the grief. It overwhelmed me. ...Every woman I have spoken to who had an abortion, regardless of their situation at the time, spoke of grief. It feels like you aren't allowed to grieve if it was your choice to do this."

Shelfer added, "There are women carrying these things around for years; even Christian women, even the women sitting beside you in the pews."

Shelfer knew what it was like to feel God couldn't forgive her for how she ended her first pregnancy.

"I felt that the sin of abortion that I had committed was beyond His reach. His arm was just too short to reach me," she shared.

You can hear the guilt in this passage she read from her book about the slain babies: "Unlike those we memorialize who lived full lives outside the womb, these unborn children were unknown. But they were real. Like our other loved ones, our unborn children were living people full of possibility. They had beating hearts and blood flowing through their veins. And they were ours."

Through a decades-long, hard process, Shelfer found peace and forgiveness and now helps other women face down the pain and shame from past abortions.

Under a Million a Year

Meanwhile, efforts like the March for Life and 40 Days for Life concentrate on driving down the number of future abortions.

Karlen pointed out, "A single abortion is too many. But we're down now from about 1.8 million perhaps 30 years ago to under a million a year. Long way to go, but a lot of progress has been made so far."

The March for Life – being mostly virtual this year – comes to a computer near you at 11 a.m. (Eastern), Friday, January 29th. Organizers say you can find more information and register to get the feed of the March by clicking HERE.

If you need help recovering from the trauma of abortion, click HERE. 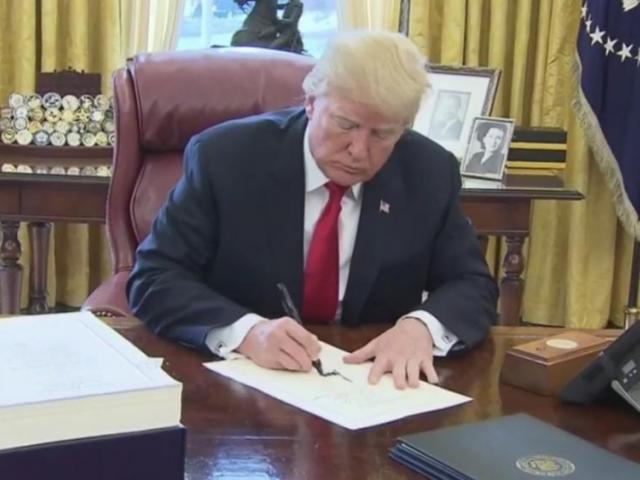 'Every Person Is Made in the Holy Image of God': President Trump Declared National Sanctity of Human Life Day 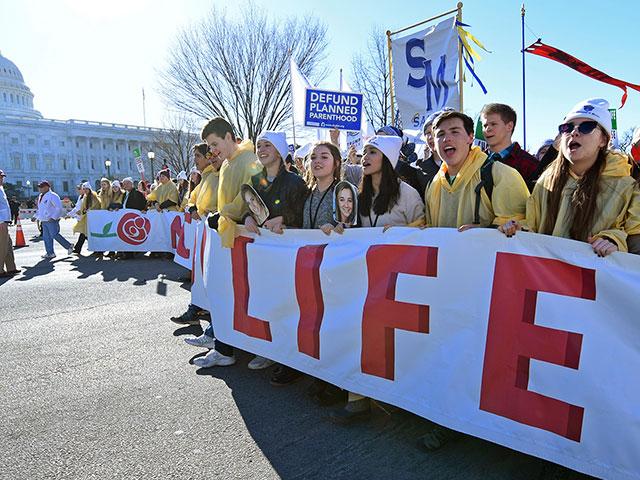