Stocks Have Their Worst Day Since October as Big Tech Sinks 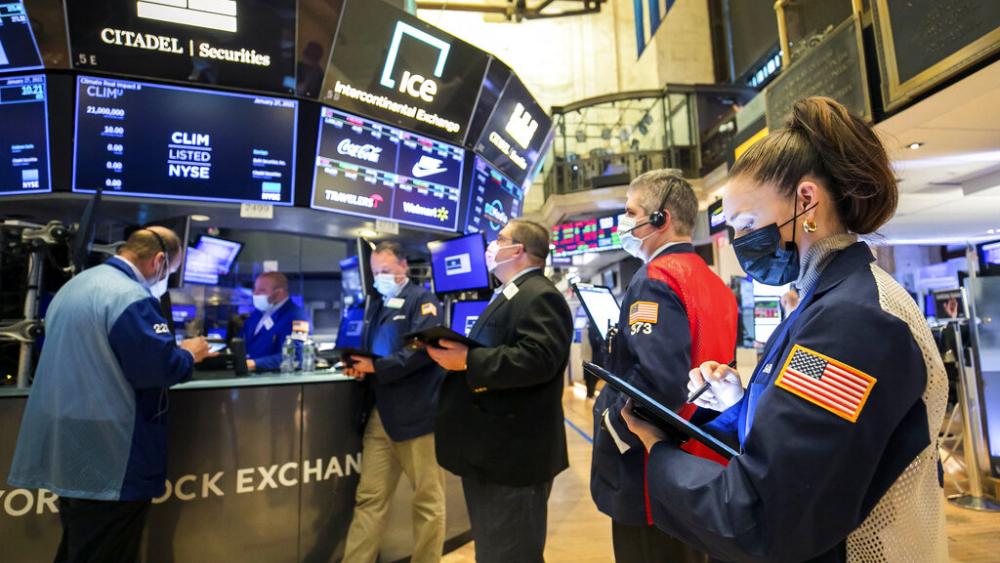 Technology companies led a broad sell-off in stocks Wednesday, knocking more than 600 points off the Dow Jones Industrial Average and handing the market its worst day in nearly three months.

Facebook, Netflix, and Google’s parent company led the pullback, which started early in the day as investors sized up the latest batch of company earnings reports. The market’s skid accelerated toward the end of the day.

The sharp selling is a shift from the market’s recent record-setting run and comes as investors focus on the outlook for the economy and corporate profits amid a still-raging coronavirus pandemic. The Federal Reserve said Wednesday it would keep its low-interest-rate policies in place even well after the economy has sustained recovery from the pandemic.

Traders were also focused on the eye-popping surge in GameStop, a money-losing video game seller that became the focus of a battle between small investors bidding it higher and big hedge funds betting it would fall.

Expectations on Wall Street built up in recent weeks for a big economic financial boost from the Biden administration, which has proposed a $1.9 trillion stimulus plan. But Democrats’ slim majority in the Senate has raised doubts about how soon more aid might arrive and whether such a package will end up being scaled back by spending-wary lawmakers.

“The reality is setting in that the package won’t be quite as big and maybe a little bit delayed,” said Sal Bruno, chief investment officer at IndexIQ.

Some analysts said the selling was at least partly a reaction to the outsized moves in GameStop, AMC Entertainment, and select other previously beaten-down stocks that have notched massive gains in recent days after gaining favor with an online community of individual investors.

GameStop’s stock more than doubled as the company remains caught in a tug-of-war between Wall Street institutions and an activist community of online investors. Those investors have bet that hedge funds have put too much money betting against the stock, a concept known as selling “short.”

A pair of professional investment firms that placed big bets that GameStop’s stock would crash have largely abandoned their positions. Other stocks being talked up by online investors also soared Wednesday. AMC surged more than 300%, while headphones maker Koss vaulted 480%.

“Some of what we’ve seen in some of the individual stocks, that’s evidence of some degree of euphoria but also a little bit of instability that then leaves the broader market vulnerable,” said Willie Delwiche, investment strategist at All Star Charts.

Sam Stovall, chief market strategist at CFRA, said investors are getting unnerved by the soaring movements in GameStop and AMC. “Near-term risk is certainly rising, in our opinion, as the GameStop frenzy signals a game-changer in investor psychology,” Stovall wrote in a research note.

The volatile trading caught the attention of officials in the highest levels of government. The White House said the Biden administration, including the Treasury Department, are monitoring the situation. The Securities and Exchange Commission said it was keeping an eye on the stock and options markets. Federal Reserve Chairman Jerome Powell was asked about the GameStop trading frenzy at a news conference but declined to comment about it.

The surge in volatility was reflected in the VIX, a measure of fear in the U.S. stock market, which surged more than 60% to its highest level since October 30. Treasury yields moved lower, another sign of caution in the market.

Investors are also focusing on company earnings. More than 100 companies in the S&P 500 are scheduled to tell investors this week how they fared during the last three months of 2020. As a whole, analysts expect S&P 500 companies to say their fourth-quarter profit fell 5% from a year earlier. That’s a milder drop than the 9.4% they were forecasting earlier this month, according to FactSet.

Boeing dropped 4% after the aircraft manufacturer posted its largest annual loss in the company’s history, mostly due to the grounding of Boeing’s 737-MAX fleet. Tesla, Facebook, and Apple reported quarterly results that topped Wall Street’s estimates after the close of regular trading.

Markets have meandered near record highs since last week as investors weighed solid corporate earnings results against renewed worries that troubles with COVID-19 vaccine rollouts and the spread of new variants of coronavirus might delay recovery from the pandemic.

“The real economy isn’t reflective of what’s happening in financial markets and there really is a disconnect there,” said Charlie Ripley, senior investment strategist for Allianz Investment Management.