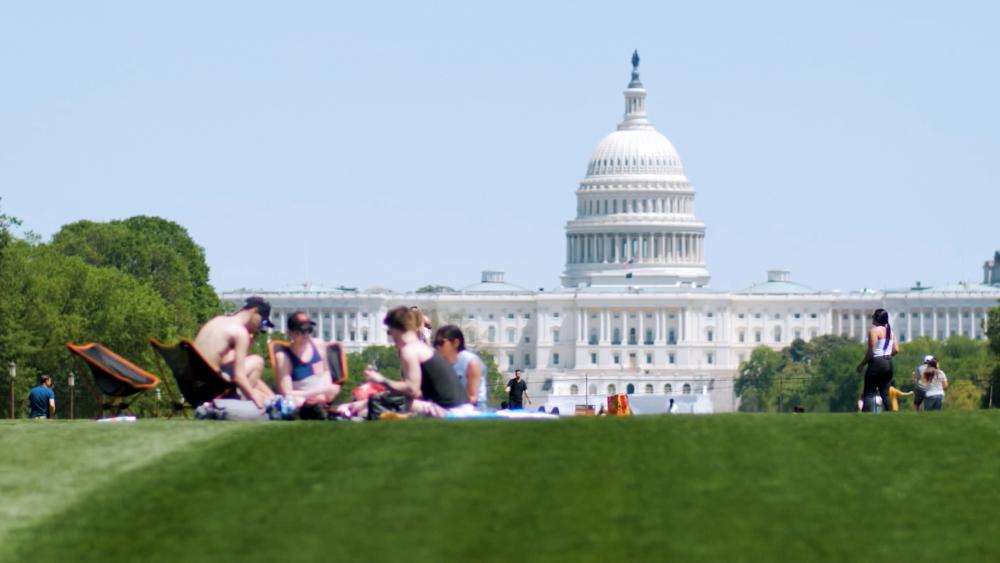 WASHINGTON – The top priority for many in the nation's capital is pushing the incoming Biden administration to make the District of Columbia a state.

When the framers set up DC as the seat of the federal government, they were careful to keep it neutral and critics of statehood argue changing the delicate balance could prove catastrophic. Supporters maintain it's necessary, pointing to the recent deadly riot at the US Capitol Building.

As angry rioters threatened lives and caused chaos in and around the capitol building – DC Mayor Muriel Bowser felt her hands were tied. In states governors control their respective National Guards; in DC, however, the president is in control.

Bowser and allies seeking DC statehood see an opening with Democrats now holding the White House and majorities in the House and Senate.

"First, we must get statehood on the president's desk within the 100 days of the 117th Congress," Bowser said.

With 706,000 residents, DC boasts a greater population than the states of Vermont and Wyoming – yet has no voting representatives in Congress.

Frustration over that is seen vividly throughout the city with the revolutionary slogan: "Taxation without Representation" which can be seen on license plates.

A decision influenced by another raid in 1783, when hundreds of disgruntled Revolutionary War soldiers marched to the Capitol, then in Philadelphia, to demand payment. When Pennsylvania's state government refused to protect Congress, members fled to New Jersey.

"They didn't want any given state to be disproportionately influential on the new government," Pilon continues.

In other words, they wanted neutral ground on which to complete the people's business.

"One can imagine scenarios that would be quite uncomfortable for example if you had the District of Columbia with its own state government entirely Democratic and you had a president who was Republican in the White House you could imagine the temptation to, for example, withhold services that would be essential for the federal government," Pilon says.

The idea of DC statehood has been debated for decades. Pilon and many other constitutional scholars say it can't happen without a constitutional amendment.

One passed by Congress and signed by President Jimmy Carter failed to be ratified by enough states.

Another attempt came last year when the House approved a bill that reduces the ten square miles of the district as specified in the constitution to an enclave around the national mall that would remain under Congressional control. The remaining land would become the 51st state called the Washington Douglass Commonwealth – a nod to both George Washington and Frederick Douglass.

Supporters say this approach would not require a constitutional amendment because it preserves a federal district as proscribed in the constitution.

It still faces an uphill battle though – even with a Democratic-controlled Congress and White House – as long as there's a filibuster in the Senate.

That's because the measure needs 60 votes to pass which currently aren't there and even if the filibuster is eliminated – not every Democrat supports the idea.

Should DC become a state it will be granted two US senators just like every other state and Republicans say that's the real goal.

"This proposal is nothing plainly nothing but a Democratic power grab," Sen. Tom Cotton (R-AR) said during a press conference about statehood.

Since DC consistently supports the Democratic nominee for president, statehood world tilt the balance of power to Democrats. "This is not about enfranchising people; this is about expanding a Senate map to accommodate the most radical agenda that I've ever seen since I've been up here - getting more radical by the day," Sen. Lindsay Graham said.

However, if or when the measure ever passes - there's no doubt it will end up in court.

"Every Justice Department that has looked at this issue from the time when Robert Kennedy was an attorney general in 1963 has said that Congress has no power to do what is contemplated in this bill," Pilon says.