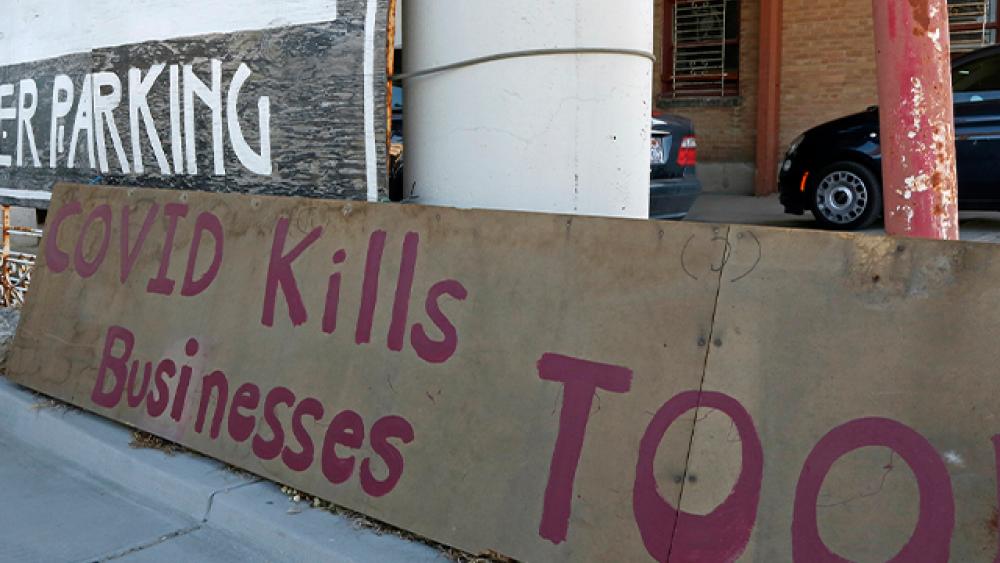 President Joe Biden is preparing to spend big. His goal, to rescue Americans and the US economy from the COVID-19 pandemic. The question remains, is he spending too much?

His administration's proposed $1.9 trillion rescue package would pump money into vaccine deployment, re-opening schools, funding state and local governments, and of course, putting money right into the hands of Americans. It's a steep price tag, but Biden says the nation can't afford anything less.

"Failure do to so will cost us, dearly," said the President.

Economists agree, getting out of the pandemic is the first step towards economic recovery. What they don't agree on begins from that point on.

By some estimates, Biden has proposed close to $11 trillion in long-term spending plans; investing in healthcare, infrastructure, energy, and education over the next decade.

"Those are all spaces where we have lacked adequate investment for a long time, not just four years, longer than that," argued Austan Goolsbee, once an economic adviser for former President Obama, and now for Biden.

"You need to try to make up for investments that have been neglected over time. Those are specific areas of spending that I do think it's important to do," Goolsbee explained.

A third of that new spending would be courtesy of more than $3.5 trillion in new taxes. Including reversing Trump's tax cuts for large corporations and high-earning families, along with some new taxes.

Critics say the tax hikes would hurt the economy, including many smaller businesses, at a time when we can't afford it.

"President Biden wants to raise taxes, not to reduce the deficit, but to increase spending. So I think this would be a death spiral for the economy. Higher taxes would damage growth and that would push debt ever higher compared to the size of the economy," said Edwards.

He predicts the higher corporate tax will send business back overseas.

"Big corporations don't have to locate in America. If you're building electric cars or you're building semi-conductors, you can build your new factory anywhere, you don't have to invest in the United States. So by raising the corporate tax rate you'll be driving those new factories and facilities overseas and ultimately that is bad for American workers," he explained.

Laurence Kotlikoff, a professor of economics at Boston University, disagrees. He says there are incentives that can lure businesses to invest in the US.

"100 percent expensing, you may also have heard of accelerated appreciation – these are ways to say, 'Look you are investing in the US, but on the other hand we're going to give you some money upfront,'" Kotlikoff told CBN News.

Some economists warn that Biden's tax increases will trickle down to the average American. If economic growth slows and businesses don't grow as quickly, the American worker won't make as much money and will end up with a lower standard of living.

The almost $28 trillion national debt is another major concern. Goolsbee says raising taxes is how we begin to address our debt.

Edwards believes it's only a decrease in spending that will make a difference.

"The way to chip away at the federal government debt is simply to lower the growth rate in spending or freeze spending for a few years while the economy recovers. That way we can get this deficit on a downward path," he said.

Biden's economic policies will have to make it through Congress. Budget bills, including tax bills, need 51 votes to pass in the Senate. So each Democrat will need to back any legislation that eventually comes through, or it will need bipartisan support.